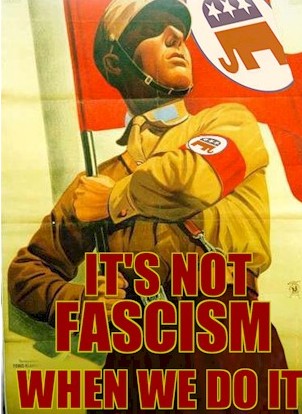 the decline and fall of a generation destined for greatness

Kennedy defined Americanism for a generation.  Perhaps he was murdered for that alone.  American had a destiny, one long forgotten and a sacred duty, an “honor” if you will.  Americans were to stand with los pobres de la tierra, with the poor people of the land, el mundo, the world, stand for freedom, stand for justice.

Today these words are little but long forgotten song lyrics.  It didn’t even begin with Kennedy.

The battles for “hearts and minds,” the one we lost so shamefully on the fields and rice paddies of Vietnam began with the struggle between Hamilton and Jefferson and was best expressed by Lincoln;

Four score and seven years ago our fathers brought forth on this continent a new nation, conceived in liberty, and dedicated to the proposition that all men are created equal.Now we are engaged in a great civil war, testing whether that nation, or any nation, so conceived and so dedicated, can long endure. We are met on a great battle-field of that war. We have come to dedicate a portion of that field, as a final resting place for those who here gave their lives that that nation might live. It is altogether fitting and proper that we should do this.

But, in a larger sense, we can not dedicate, we can not consecrate, we can not hallow this ground. The brave men, living and dead, who struggled here, have consecrated it, far above our poor power to add or detract. The world will little note, nor long remember what we say here, but it can never forget what they did here. It is for us the living, rather, to be dedicated here to the unfinished work which they who fought here have thus far so nobly advanced. It is rather for us to be here dedicated to the great task remaining before us—that from these honored dead we take increased devotion to that cause for which they gave the last full measure of devotion—that we here highly resolve that these dead shall not have died in vain—that this nation, under God, shall have a new birth of freedom—and that government of the people, by the people, for the people, shall not perish from the earth.

Detractors today tell us Lincoln was an autocrat, Jefferson a communist and Kennedy a coward and wastrel.  In fact, nothing American other than “greed is good,” you know, mister “trickledown” Reagan, nothing before and certainly nothing since is truly “American,” not by the standards the mavens of pop culture and conspiracy.  Today, these same “mavens” are trying to repackage the last of the Cold War rogue dictators, Momar Gaddafi, wastrel for sure, psychopath, certainly, as the “flavor of the day” hero of convenience.

A generation of Americans is being conned.  They package themselves as liberal and conservative, progressive and reactionary but  the direction is always the same, mistrust of each other, obsession with conspiracies, the wildest of all those sanctioned by the government itself, 9/11 and the imaginary hijackers, the drug cartels, Al Qaeda, ACORN, sub-prime mortgages, the “liberal press,” all “big lie” myths.

Ask yourself how Clarence Thomas could still sit on the Supreme Court after being caught taking $700,000 in bribes. Anyone remember Anita Hill?  Having trouble imagining Clarence Thomas putting pubic hair on a Coke can?  What do you imagine he might have put IN the Coke can?  Can you imagine what is on the hard drive of his computer, providing he knows how to work one?

The Roman emperor Caligula appointed his horse to the senate. Appointing Clarence Thomas to the Supreme Court was an almost identical act. (for those unfamiliar with Caligula…)

In 2001, America began sending its armed forces across the world, marching them off as heroes in the public eye, returning them as drugged out bums and war criminals to that same public.

None of it is about knowledge and enlightenment, about truth over propaganda.  The goal has been sewing dissension, mistrust division and, the greatest prize of all, teaching a generation of Americans to hate America.

This we now have the National Socialist Republic of Wisconsin, a state run by robber barons, tax cheats and thugs with Michigan and Ohio joining in.  What makes it really funny, actually quite hilarious is that Wisconsin is now a police state but the police, themselves, were the first victims of their own repressive regime.  The ‘jack-booted” enforcers for the New World Order are the first to lose collective bargaining, health insurance and due process.

You think this wasn’t carefully planned?

Turn back the clock, Spain, 1935.  The people of Spain elected a democratic government.  The Catholic Church, an organization that had kept Spain in ignorance and slavery since the Muslims (and Jews) were expelled joined with their counterparts, the “conservatives” aided by Hitler and Mussolini and overthrew the elected government establishing a fascist dictatorship that lasted for generations.

From George Orwell’s Homage to Catalonia:

Thousands of Americans, Canadians and Brits fought in that war.  When the “so called” democracies turned their backs on Spain, Stalin stepped in, obliterating the ranks of those defending freedom and assuring victory for Hitler and Mussolini, victory for Wall Street and victory for the City of London’s Rothschild bankers.

Spain is where the New World Order, a term we might as well use as any, learned its way.  In Spain, the bankers and Fascist overlords bombed humanity in submission.  In America, it was so much easier.  We passed on Hitler and Franco and went straight to Caligula, not the victim of assassination at the hands of the Praetorian Guard but now living in Dallas, Texas…his “Mini-Me,” Tony Blair, also peddling books and collecting past due “honorariums” for misdeeds yet unrewarded.

What do you have to do to get arrested or worse?

“THE WRONG STUFF” – NO LONGER DESTINED TO RULE THE STARS

A generation of Americans grew up believing everything was possible, not just flying cars and commercial space travel but freedom, political, freedom from want, education for all, world unity and an awakening of spirit that could finally merge science, medicine and philosophy without hate, greed and militarism.

66 years after the end of World War II and few on the planet have clean water, much less electricity.

India, the largest democracy, has a claimed literacy rate of 50% with real rates probably less than half.  Forty families control 90% of the wealth in a nation of 1 billion people.

The worst part?  India is a success story, or so they tell themselves.  Other nations are worse, at least India is improving, rapidly becoming the best armed poverty stricken hell hole on earth.

Not just India.  In truth, humanity is treated like an infection, threatening the economic lifeblood of the planet, destined to be quarantined and eventually eradicated.  This is what is meant by “New World Order.”

Leading this move toward slavery, want and injustice is the United States, such as it is.  There is little “united” about the United States, the military muscle behind a great corporate monstrosity that has violated every biological imperative, even physical laws, pitting tortured and misguided beings, once believed to be human, against each other like warring ants.

Does the analogy seem a bit harsh?

Didn’t “ground zero” on 9/11 look like it was smashed by an enormous boot?  Ever see kids burning ants with a magnifying glass?  What do you think America is doing in Afghanistan or Israel in Gaza?

Here in America, the Transportation Safety Administration has been found to be “cooking” airline passengers with X-ray machines 100 times stronger than claimed.  In Japan, 5 nuclear plants are in full core meltdown while the news reports “minor leakage.”

We treat tumors better than we treat people.

We treat tumors better than we treat each other.