Since Saturday night, the United States, France, and Britain have been bombing Libya with cruise missiles, B-2 stealth bombers, F-16 and F-15 fighter jets, and Harrier attack jets. There is no reliable estimate of the number of civilians killed. The U.S. has taken the lead in the punishing bombing campaign to carry out United Nations Security Council Resolution 1973. 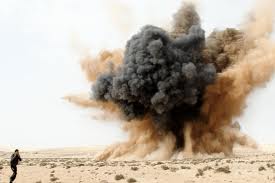 The resolution authorizes UN Member States “to take all necessary measures . . . to protect civilians and civilian populated areas under threat of attack in the Libyan Arab Jamahiriya, including Benghazi, while excluding a foreign occupation force of any form on any part of Libyan territory.” The military action taken exceeds the bounds of the “all necessary measures” authorization.

“All necessary measures” should first have been peaceful measures to settle the conflict. But peaceful means were not exhausted before Obama began bombing Libya. A high level international team – consisting of representatives from the Arab League, the Organization of African Unity, and the UN Secretary General – should have been dispatched to Tripoli to attempt to negotiate a real cease-fire, and set up a mechanism for elections and for protecting civilians.

The UN Charter commands that all Members settle their international disputes by peaceful means, to maintain international peace, security, and justice. Members must also refrain from the threat or use of force against the territorial integrity or political independence of any state or in any manner inconsistent with the Purposes of the United Nations.

Only when a State acts in self-defense, in response to an armed attack by one country against another, can it militarily attack another State under the UN Charter. The need for self-defense must be overwhelming, leaving no choice of means, and no moment for deliberation. Libya has not attacked another country. The United States, France and Britain are not acting in self-defense. Humanitarian concerns do not constitute self-defense.

Chapter VI of the Charter requires parties to a dispute likely to endanger the maintenance of international peace and security to “first of all, seek a solution by negotiation, enquiry, mediation, conciliation, arbitration, judicial settlement, resort to regional agencies or arrangements, or other peaceful means of their own
choice.” Chapter VIII governs “regional arrangements,” such as NATO, the Arab League, and the Organization of African Unity. The chapter specifies that regional arrangements “shall make every effort to achieve pacific settlement of local disputes through such regional arrangements . . .”

It is only when peaceful means have been tried and proved inadequate that the Security Council can authorize action under Chapter VII of the Charter. That action includes boycotts, embargoes, severance of diplomatic relations, and even blockades or operations by air, sea or land.

The “responsibility to protect” norm grew out of frustration with the failure to take action to prevent the genocide in Rwanda, where a few hundred troops could have saved myriad lives. But the norm was not implemented to stop Israel from bombing Gaza in late 2008 and early 2009, which resulted in a loss of 1,400 Palestinians, mostly civilians. Nor is it being used to stop the killing of civilians by the United States in Afghanistan and Pakistan.

There is also hypocrisy inherent in the U.S. bombing of Libya to enforce international law. The Obama administration has thumbed its nose at its international obligations by refusing to investigate officials of the Bush administration for war crimes for its torture regime. Both the Convention Against Torture and the Geneva Conventions compel Member States to bring people to justice who violate their
commands.

The United States is ostensibly bombing Libya for humanitarian reasons. But Obama refuses to condemn the repression and government killings of protestors in Bahrain using U.S.-made tanks and weaponry because that is where the U.S. Fifth Fleet is stationed. And Yemen, a close U.S. ally, kills and wounds protestors while Obama watches silently.

Regime change is not authorized by the resolution. Yet U.S. bombers targeted the Qaddafi compound and Obama said at a news conference in Santiago that it is “U.S. policy that Qaddafi needs to go.” The resolution specifically forbids a “foreign occupation force.” But it is unlikely that the United States, France and Britain will bomb Libya and leave. Don’t be surprised to hear there are Western forces on the ground in Libya to “train” or “assist” the rebels there.

Defense Secretary Robert Gates pegged it when he said that a “no-fly zone” over Libya would be an “act of war.” Although the Arab League reportedly favored a no-fly zone, Amr Moussa, Secretary General of the Arab League, said that “what is happening in Libya differs from the aim of imposing a no-fly zone.” He added, “What we want is the protection of civilians and not the shelling of more civilians.” He plans to call a new meeting of the league to reconsider its support for a no-fly zone.

The military action in Libya sets a dangerous precedent of attacking countries where the leadership does not favor the pro-U.S. or pro-European Union countries. What will prevent the United States from stage-managing some protests, magnifying them in the corporate media as mass actions, and then bombing or attacking Venezuela, Cuba, Iran, or North Korea? During the Bush administration, Washington leveled baseless allegations to justify an illegal invasion of Iraq.

Moreover, Obama took military action without consulting Congress, the only body with the Constitutional power to declare war. It is not clear what our mission is there or when it will end. Congress – and indeed, the American people – should debate what we are doing in Libya. We must not support a third expensive and illegal war. There is a crying need for that money right here at home. And we should refuse to be complicit in the killing of more civilians in a conflict in which we don’t belong.

About the Writer: Marjorie Cohn is a professor of law at Thomas Jefferson School of Law, past president of the National Lawyers Guild, and deputy secretary general of the International Association of Democratic Lawyers. Her latest book is “The United States and Torture: Interrogation, Incarceration, and Abuse” (NYU Press).