Home Economy Gilad Atzmon: Inside What Job? A film review 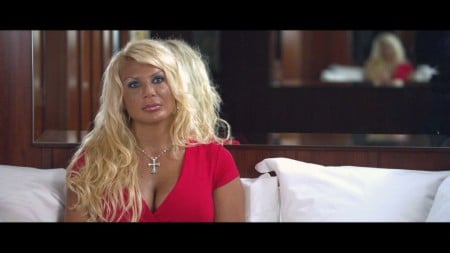 “There is definitely a fear among certain Jews in this industry…And it’s because it’s spreading past Wall Street now. There’s a growing animosity towards the wealthy, and especially the wealthy that have made money on Wall Street and real estate and finance, as so many Jews have—some legitimately, some not so. It’s very easy to generalise that it must be the entire Jewish people.” Jewish employee with a top New York investment bank who asked that his name be withheld. Jewish Journal (October 7 2008)

“Inside Job”, The Academy Award documentary film about the current financial crisis is a worthy documentary, and it certainly delivers on many fronts. It explains the disastrous shift within the American financial industry over the last decade, exposing the elements, the decisions and the people who destabilised the global economy. In doing so, it provides an insight into the systematic, faulty structures that transformed American financial services industry markets into a risky bubble. And it also explains why the bubble eventually burst.

Charles H. Ferguson, the director of the film, managed to unveil the inherent malaise within a corrupted financial elite and within the American economy.  The film exposes a chain of disastrous cases of conflicts of interest. In America, credit rating agencies had been receiving huge funds from the financial institutions that they were supposed to critically asses. Clearly, America let the cat look after the milk. The cat failed to confess a conflict of interest. Seemingly, in most cases, the cat was rather corrupted, and as it happens, it still is.

But how has America arrived at such a disastrous state of affairs? How are we to begin to understand the origins of such ways of operating?  In America, academics and academic institutions are largely funded by business interests and industries, establishing a relationship that, to a large extent, significantly determines the curriculum. Needless to mention that such a situation is having some grave consequences on American scholarship — In the long term, America has managed to shoot itself in the foot — It has produced generations of scholars who lack the necessary means to think theoretically and critically, let alone bring about change. America’s young economists, for instance, are more than likely to be indoctrinated by the liberal ideologies that were planted initially by the likes of Milton Friedmann, Alan Greenspan, Larry Summers and Martin Feldstein.  These four were adamant supporters of zero Governmental intervention and excessive deregulation.  For more than a decade American academic institutions have been producing economists who excel in speculation and risky markets — people who know how to make money out of money — yet they know very little about production, productivity and manufacturing.

This fact alone may mean that America is farther than it hopes to be from recovery.  It simply lacks the brain to bounce back into the world economy. America is gravely stuck in its service economy phase.

“Inside Job” ends by contending that — despite the financial turmoil and those who are culpable for an emerging global disaster — the underlying system has not changed. The clique that turned world finance into a “Global Ponzi scheme” remain largely untouched. The protagonists who impoverished hundreds of millions around the world, have been left with hundreds of millions in their pockets; and as if this is not enough, they are still running America’s financial world.

As much as the film is brilliantly made, it has some crucial blind spots: Almost every individual or figure linked to the colossal disaster disclosed in the film is either a Jew, or a goy who worked for a company that is recognised as ‘being Jewish’. And yet, the film (probably consciously) fails to address this highly sensitive issue.

I would not suggest that Jews, as a people,  are collectively responsible for the economic crisis — I have never accused Jews as a collective — And yet, a few questions need to be raised here.   How is it that so many amongst the culprits of the current global disaster are Jews?  Are they Zionists? Do they form a class — or are they just a bunch of individuals?  Is such a severe lack of ethics (which they surely so profoundly performed) imbued within ‘Jewish secular culture’?

These questions are likely to be considered by historians of the future, and I do not see any reason not to elaborate on them now. In fact Jewish media outlets have admitted that the situation and its implications might well prove to have complex repercussions — already in 2008, The  Jewish chronicle was envisaging a tidal wave of anti Semitism.  The ADL too, was concerned. In 2009 the Wall Street Journal also expressed concern about the rise of anti Jewish feelings.

The film obviously fails to address the topic, but this may as well be a very clever move, since such an omission leaves these questions to the viewer.

I am convinced that Ferguson wasn’t at all blind to the disproportionate representation of Jews within his cast.  Though the word ‘Jews’ or Jewish symbols are avoided, Christianity is actually clearly featured in the film — During the film, Ferguson discloses the excessive life style of his corrupted protagonists: more than once we meet a ‘fair escort girl’, who is there to tell us about the boys in Goldman Sachs’ and Lehman Brothers’ most ‘elementary needs’. Interestingly enough, on her well endowed breast, clearly visible, hangs a substantial crucifix.

In cinematic language, this symbolism is very telling. Also towards the end of the film the camera introduces us to the victims of the ‘financial shoa’. We are  taken to a tent-city built for the impoverished Americans; those  who lost everything they ever  had  while a bunch of corrupted bankers pocketed millions.  In this island of poverty we meet a volunteer for a Catholic charity who is there to introduce hope.

Whether Ferguson intended to give this impression or not is unclear, but the symbolism is devastatingly obvious; the Christians here are either prostituting  themselves, or just left to pay the bill.

There is more omission. Throughout the film there is not a single mention of the war in Iraq. Yet, it is an obvious fact that at the time Alan Greenspan,  Goldman-Sachs, Lehman Bros, Larry Summers and Martin Feldstein were leading America and the world economy into a total disaster, America was fighting a war that was set to demolish one of the last enemies of the Jewish state. At the time that America was led to believe in its miraculous financial boom, some bankers were manufacturing false dreams.

These two  occurrences go hand in hand. While America was implementing ‘the Wolfowitz doctrine’ and fighting a Zionist war, a cabal of corrupted bankers pocketed billions,  creating  an economy bubble  that diverted the public attention from the war in Iraq.

The film fails to address these aspects. But it may be wise to do so — For it to reach the masses, the film rather ‘saves itself’ from telling the entire truth.

However, the truth will come out.  It always prevails somehow.