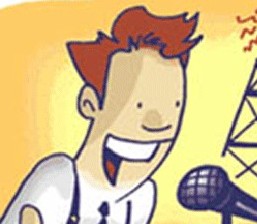 The current debates around the US are, as usual, those fed into the press by that powerful and oh so mysterious oligarchy (excuse the use of an word long due for retirement from the English language).  The debates we aren’t having involve getting out of Afghanistan and ending a war absolutely nobody cares about, not those fight it, not on our side anyway and especially those paying for it.  Who are American’s fighting for?  I think the answer to that question is perfectly clear.

For those of you who missed the story last week, let’s take a moment to look at General Electric.  (EXXON also qualifies for a similar dressing down)

Ah, as for those paying for it, this week we learned that General Electric, you know, the guys who really own NBC and a bunch of other stuff, made $14 billion in profit last year and didn’t pay a single cent of income tax.

The typical MacDonalds employee pays about $400 bucks out of a paycheck that puts their yearly income at half the poverty level.  There are street musicians living in cardboard boxes who pay more in taxes than GE.

What does America do for GE?  Most of their income comes at the largess of the American taxpayer and American troops.  For those who are unaware, all across America, major corporations haven’t just been moved off the tax rolls like “dead people,” but also pay greatly reduced utilities, state and local taxes and, most enjoyable of all, less and less in wages and benefits.

The tax hiatus corporate America has been on since the Reagan years, with most disappearing from any fiscal participation in America at all under “Bush the lesser,” has turned corporate America into the biggest pack of welfare cheats and freeloaders on earth.  One city benefits, of course, and that is Washington.  They are having a virtual orgasm, if creatures there are capable of such things, at the influx of cash, first Israel kicking back part of the billions in foreign aid and other defense related “off the books” subsidies we give the world’s richest nation and now, the chiseling corporate world is giving them a run for their money.

It must be hard for members of congress.

“First its Israel, they have the emails I sent that high school kid when I was drunk.  Oh, and Gaddafi’s boys left a briefcase full of cash in my wife’s car.  Briefcase, how ’80’s of them.  Can’t they find someone to hire my wife to do something.  All I hear when I get home every day…’Clarence Thomas got his wife a job and I make a lousy 200 grand a year teaching kids how to smoke cigarettes.’ “

That reminds me, I try to put a something fun and worthwhile into these Sunday things.  I was just reading Paul Sheridan’s piece on Israel’s “terror attack” last week, and the more than minor signs that it was staged, a “magic bullet” as it were, managing to kill a lone Christian Evangelist and British citizen at a very convenient time too, when forces were in place for another Gaza “smackdown.”  There had been attacks on Gaza all along, Ken O’Keefe has been reporting the nightly “Luftwaffe” blitz on Gaza that is laundered from the media.

Before I forget, there are a couple of “gems” in this week’s “Libya/CIA” piece.  Look for 4 or 5 items, a couple on the video, that qualify as “way beyond Wikileaks” material.

Anyway, we had drifted off to the “magic bullet” of Israel, busy competing for news space while Libya is going on, actually, Libya, Bahrain, Niger, Yemen, Jordan, Syria…

Secretary Gates tells us Gaddafi is killing rebels and planting their bodies at sites of NATO bombings.  A bit ago, a family of 5 was found  dead in Israel.  Funny thing, here in America, families are found dead all the time, the same story over and over, “murder-suicide.”

There are no “murder-suicides” in Israel, no car wrecks, no armed robberies.  Everything is a terror attack.  Hey, Secretary Gates, it isn’t just Gaddafi that plays games with dead people.  We learned that years ago when some of the dead in a Tel Aviv bus explosion blamed on a Palestinian suicide bomber weren’t entirely thawed out yet.  Not everyone has a short memory.

Thus, in a circuitous way, we reach back into the past to the Kennedy killings and the great “why?”  Why was Teddy Kennedy allowed to live when, as General Gaddafi has told the world, people from “that special country” were responsible for murdering John and Bobby Kennedy.

For decades now, Chappaquiddick has been a rallying cry for conservatives.  Films, books and articles depicting the Kennedy family as gangster, even murders as in the case of Marilyn Monroe, have flowed out of, well where?  Some wear the obvious labels of right wing extremism and the Israel lobby, “Heritage Foundation” is a favorite.  Others appear out of nowhere, part of a campaign to continually resell the Dallas killing with the same marketing that is used on 9/11…tell the same lie, tell it big and tell it often.

The “big lie” that gets played the most is Chappaquiddick, the “car accident” where Ted Kennedy supposedly drives off a bridge, dead drunk, and Mary Jo Kopechne ends up dead.  The year was 1969.  Bobby Kennedy, a virtual shoo-in for president was murdered by, well, certainly not by Sirhan Sirhan, we know that for sure.

The two most likely reasons for the destruction of the Kennedy family are its opposition to nuclear weapons in the Middle East, which required that Israel dismantle its program and, one less public, an end to the Federal Reserve system, the largely foreign controlled banks that have maintained an unconstitutional stranglehold over American financial life and, as we see now, may well have ended that life.

Ted Kennedy could never be murdered, lightning had already struck too many times.  It would be like crashing a plane into the Sears Tower (or whatever it is called now) and sending an army into the oil rich areas of Canada looking for a hockey team “gone Taliban.”

The entire “War on Terror” is another of those “curlycue” bullet bullet things like from Dallas or another 9/11 Building 7 “thingies.”

Kennedy had to be discredited.  He knew why his brothers were killed and he blamed Israel.  He wasn’t blind the the USS Liberty and Israel’s hold on Lyndon Johnson and he wanted blood.  Setting him up was easy.  Kennedy was drugged, kidnapped and woke up, well, you know the rest.  Picture yourself there, then you can fill in all the blanks.

And guess who was there to help him get out of it.  As intelligence operations go, this one was so obvious a moron could have figured it out.  The Kennedy family would be destroyed, Henry Kissinger would be placed at the helm of American foreign policy.  He would share the glory for ending Vietnam (sort of) and opening China.

There is a list, one that outlines the fall of American independence and the real end of constitutional democracy.  Some folks today like to say America was never meant to be a democracy.

“You either iz or u ain’t.  We got democracies and we got dictatorships, there ain’t no in betwixt.”

John Kennedy was murdered over Dimona and the Federal Reserve.

George Wallace shot because there was no other way to control him.

Ted Kennedy “set up” and blackmailed for life over Chappaquiddick.   Israel fearful of revenge at hands of surviving Kennedy.

Richard Nixon “set up” and force out of office over Watergate.  Nixon didn’t trust Jews (or anyone).

Jimmie Carter victim of economic sabotage and a Bush “October Surprise.”  If you have Jimmie Carter’s last book is found in your luggage, Israeli security will take to directly to an airport detention cell for a possible organ donation.

Ronald Reagan shot for pushing back at Israel.  Whatever “Ronnie” was, nobody dictated to him.  He was never a “Bush leaguer.”

Bill Clinton “set up” for pushing back at Israel.

John Kennedy Jr’s plane was “exploded” for “outing” Shin Bet’s part in the Rabin assassination, part of a larger operation leading directly to 9/11.

As a parting shot, I have to mention Libya one more time.  Gaddafi has poured an estimated $80 million into Washington and New York in the last 30 days with promises of another $200 million to come and Gaddafi is known to pay his bills.

However, what he has failed to do is purchase both government and key “opinion makers” wholesale.  His “literary agent” is too involved in his own career and failed to follow through on promises.  This is genuinely embarrassing.  Half of America’s Republicans are calling for Obama’s impeachment, claiming Gaddafi is a hero saving the world from Al Qaeda and the other half are calling for Gaddafi to be assassinated.

OK, we get the part where Obama is bad.  Now, if we can only get the Gaddafi thing coordinated.  Maybe there can be a compromise.

Perhaps the Republicans can have Gaddafi assassinated after he pays out the entire $280 million?