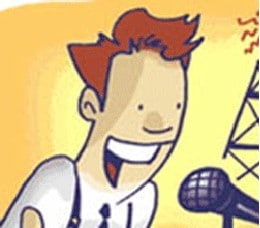 Just finished breakfast, on my second latte, French roast, bitter as hell.  What was I thinking.  It is grey, ugly and cold here in Toledo.  Time I visited friends and co-workers, which means road trip and airlines.  Thinking about a run from Spain to Italy, looping up and around Southern France in the process.  Its a funny thing, driving into a French town, the usual things, a Tabac, Boulangerie and Boucherie.  As long as you aren’t on an “N” road, one of the toll free two lane trucker roads that propel diesel exhaust and dirt into everything, stay on the “D” roads, France is a good place to find a new home.

If you spend years doing “two lane blacktop” travel, your idea of people and the world changes dramatically.  Living through the media, news, politics and conspiracy, frankly everything nowadays is conspiracy, nobody wants to hear anything else, makes you think the world is all religion and politics.  If you want to find something people around the world will agree on, try “religion and politics.”  All you have to say is “throw the religious leaders and politicians down a well” and you can make friends everywhere.

I say this all the time, everywhere.  The worst part is that a typical response is:

“You should run for office or start a new religion!”

Are they telling me that I belong at the bottom of a well too?

Last time this, what do we call him, threatened to start toasting Koran’s, he was rewarded with attention.  Congressman/Ambassador Mark Siljander, one of my Neocon/Evangelist friends, oddly not a short list, had me dig up Jones for him and worked him over.  I imagine lots of praying went on, Mark believes people who pray together will find enlightenment of some kind.  He has had some success with this.  I suspect more than a few folks will be “googling” Mark now, which will lead to a shock or two.  Suffice it to say that Mark had what I consider a real moral awakening and, predictably, made some serious enemies.  This is what you should be reading “between the lines.”

As for Jones, it was his purpose to fulfill his “Zionist” duties by getting people killed, not himself, mind you, but others.  He believes he is safe to stir up terrorism, and make others a target for his own pride and profit.

I contend that when his words, as obviously intended, led to criminal acts, murder and terrorism, that Mr. Jones is fully culpable.  I suggest he be silenced, in accordance with our Patriot Acts, incarcerated in Guantanamo, as the law requires for such people, and be subjected to a military tribunal after questioning using enhanced interrogation techniques.

Jones, after all, supports these institutions and practices and now deserves to benefit from them.

This is also the law.  He is only free now because he has powerful friends.  His “freedom of speech” defense ran out the minute others died.  He is now a terrorist.  Check the law on that.

Why is this man out of jail?  Mr. Holder, are you reading this?

Debbie Menon sent me a James Wall piece on Libya today.  I suggest that all read it.  I also read some stuff on Libya by Paul Craig Roberts.  Paul and I fight continually, email stuff, almost like kids.  Problem is we agree 90% of the time.  I suspect we just have too much time on our hands.

He has a pretty good grip on what is going on in Libya and the Middle East.  There is room for debate here, in fact, debate is absolutely necessary.  What there isn’t room for is conspiracy and disinformation, all that talk about Al Qaeda.  Alex Jones did a piece on Al Qaeda this week.  The point he labored to make is that Al Qaeda doesn’t exist and is run by the CIA.  Essentially, he is correct.  However, I did hate the video, one “agenda” after another came spilling out of it.

Back in February, we pushed for immediate intervention.  The Libyan army saw the momentum from Tunisia and Egypt and were ready to “jump ship” on Gaddafi.  Without moving then, Gaddafi would consolidate his military, always under his personal control, buy off tribal leaders and pull NATO and the UN into a “lose-lose” debacle.

Forgive me for this but Senator John McCain saw it all and had it totally correct.

There is huge risk in Libya, now clearly a morass, but real promise also.

What we face, something Paul Craig Roberts and James Wall both see, is the delightful possibility of a better world.  Even Israel’s Benjamin Netanyahu sees it.  Israel will lose control over Gaza as soon as Gaddafi is boxed in.  He was their “ace in the hole” against Egypt for 40 years.  Tiny Libya with its huge mechanized army sat ready to pounce on Egypt at any time.

Gaza is now the key to much of the world’s ills.  End the siege, tear down the wall and push through a broad Middle East settlement, Iran included, that is enforceable by more than “lip service.”  It can’t get much worse, Americans are dying every day as it is and have been for a decade.

Moderate democratic governments replacing the puppet kingdoms and dictatorships will be, not only real security for Israel but a huge market for the good things Israel can offer.  When Israel loses its enemies, real or imaginary, it may actually become a real country.  Not everyone will know what I have just said or accept it.  Netanyahu knows.

As much as the world has fallen in love with the Libya crisis, offering something for everyone, especially those who know nothing about the region or military, intelligence, or much of anything else, there are some salient points to be made.  Too bad they have been drowned out by idiocy.

The map is being redrawn.  In the mid to late 1950s, Africa came alive with a desire for freedom from colonial rule.  As national boundaries had been drawn to pit one group against the other, half a century of suffering and despair has resulted which is largely the fault of the 19th century colonial powers, Britain and France primarily.  We saw the same thing in Southeast Asia.  A generation of Americans was decimated in the process.

For America it was 1776, for France, 1789, for the rest of Europe, 1848, 1860 for Italy.  Latin America, Simon Bolivar, Mexico, half a century of revolution.  All of these revolutions had one goal, people yearning to feel freedom, not the word we read in text books or hear out of the mouths of politicians but something more basic.  “Freedom” in its purest form is what drove the people of Egypt to the streets, the stuff that America has been “talking” about for centuries now, talking the talk but moving the other way at 300 miles per hour.

The point?  Islam and democracy don’t go together well.  Islam is a tool of control, much like Catholicism.  Islam is conservative.  The wave of radicalism that was supposed to sweep the Middle East had little to sell, oppression of women, poverty, ignorance and oppression.  Those things still sell in some parts of Pakistan and Afghanistan, places devoid of hope but, elsewhere?  Only Iran walks both ways, modernism and rule by the Mullahs.

The others, the puppet states or the thinly veiled Muslim-Marxist dictatorships of Syria and Libya?

This is a movement, people wanting freedom, wanting to control their own lives.  It is time Americans, in their arrogance, accepted these facts.  Why we can’t, of course, is that America has been duped, programmed and propagandized to look on Muslims as animals.  Who did that?

Who runs America’s news and entertainment, the pop culture?  Why would poisoning America’s view of the world be useful?  Who profits?

There is a debate going on involving Ron Paul and 9/11.  Some of those around me believe Paul can challenge Obama successfully, only if he gets the Republican nomination.  To do that, he has to suck up to Israel, deny any sane and rational beliefs about 9/11 and, quite possibly, alter almost all of his core beliefs.

If elected, he will find himself a Republican president who is a Democrat at heart.

I’m sorry, but the Republican party is no longer relevant.  The Tea Party candidates all showed up with price tags attached to themselves and sold out the second they got into office.  With all the talk, there hasn’t been one challenge on 9/11 or the Patriot Acts, the basis for Constitutional issues or any real discussion about the fate of the Federal Reserve System, the biggest racket of all and the biggest violation of America’s Constitution.

Instead, it’s all “Israel this” and “Israel that” and favors for the rich and powerful.  The sooner we get these idiots out of Washington and replace them with the old and more moderate group of crooks and malcontents, the better.  There isn’t a lick of common sense in the bunch.  This is the biggest pack of “gimme-gimme-gimme” grifters yet.

What they remind me of is communists.

Anyway, back to Ron Paul.  Is he real or not?  This was the question about Obama.  Obama certainly sounds gutless, compared to his talk when he was in the Senate or running for office.  However, though Obama has turned his back on real foreign policy reform and has failed to embrace “9/11” and the hypocrisy  of Afghanistan, many other things he has done are brilliant.  “Broke as hell,” the markets are back, jobs are finally creeping back and America rode through the worst depression in its history, worse than 1929, “almost’ intact.  Almost.

The GOP would have killed us all.  They just don’t know when to stop their gluttony.

Here is what I suggest for Paul.

Any candidate who wants to go “for real” can contact us.

The new chief of the Egyptian services, the one who replaced the infamous Suleiman was in Damascus, he came back and made a very strange comments, explaining that Egypt will not cover Israel if they open a new front with Syria…. Israel published A map of the Lebanon Hizbollah positions in the Washington Post and is provoking the Palestinians in Ghaza by killing every night. During the last minutes Israel asked her citizen to leave the Sinai, Jordan, Egypt…