Home Government Democratic Party is Either Asleep at Switch, Intimidated, or in Collusion with... 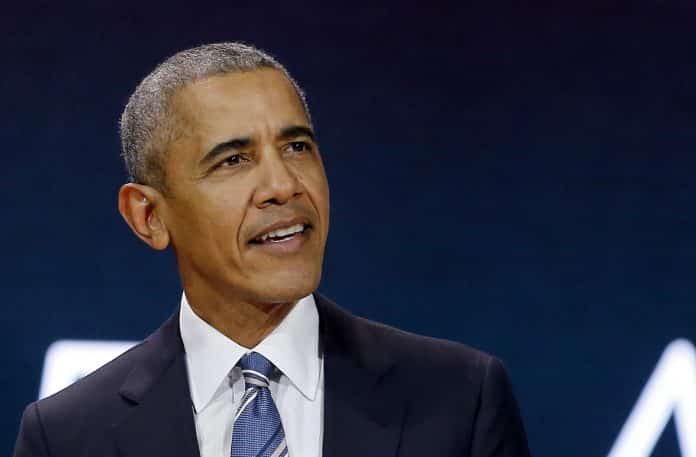 The Democratic Party is Either Asleep at the Switch, Intimidated, or in Collusion with the Domestic Enemies of America

by Beneath the Spin * Eric L. Wattree

Franklin Delano Roosevelt established the Democratic Party as the party of the people. Its primary mandate became protecting the average American from all those who sought to do them harm. But the current Democratic party is falling down in that regard in a very big way. When historians look back upon this period – and due to the election of the nation’s first Black president, they’re definitely going to scrutinize this period like no other – history is going to reflect that during one of the most brutal internal assaults on America since the Civil War Democrats were more interested in their individual careers than they were the American people.

So at this point, I’m going to do something that I’ve never done in print before – I’m going to speak strictly as a Black man. 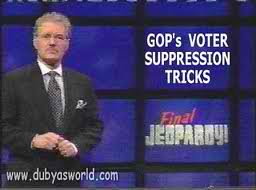 I feel like I’ve been on a roller coaster every since Barack Obama appeared on the American scene. I’ve gone from being hopeful when he threw his hat into the ring, to ecstatic when it became clear that he was a viable candidate.

I then went from disappointed when he backslid on FISA, to solemn when America elected him. Then I became angry when he failed to adhere to the law and make Bush and Cheney answer for their “alleged” war crimes. Now the only word suitable to reflect the way I feel is “embarrassed.” I’m embarrassed that while Americans are under one of the greatest threats from a domestic enemy in our history, the most persistent word coming from the mouth of the nation’s first Black President is “compromise.”

Neville Chamberlain demonstrated conclusively leading up to WWII that you cannot compromise with a malevolent enemy, and that’s exactly what the GOP has become. They’ve demonstrated unequivocally that they have absolutely no regard for the American people, and they’re on a single-minded mission to utterly destroy the American middle class. Indisputable evidence of that is in less than six months they’ve tried to throw America’s unemployed under the bus, along with first responders, police, firefighters, teachers, and nurses, while at the very same time they’re giving tax cuts, subsidies, and preferential treatment to the most profitable multinational corporations in the world.

While in terms of policy, I expect our presidents to simply be American and not cater to any particular racial, ethnic, or special interest group, I also expect them to bring the benefit of their life experience to the way they approach their job – after all, that’s why most Black people worked so hard to elect a Black president, so we would finally have someone in office who understood the Black experience in this country.

But it seems that President Obama is so afraid that Rush Limbaugh is going to accuse him of liking Black people that he’s walking on eggshells. So not only is Obama NOT catering to Black people, but he’s overcompensating by going out of his way to negate his experience as a Black man.  As a result he’s doing a gross disservice to the American people as a whole.

Obama’s experience as a Black man would be invaluable in addressing the situation that the nation is currently facing. It has become clear that the GOP is undoubtedly on a mission to destroy the American middle class. To be graphically frank, the GOP leadership is on a fascist-inspired mission to make ALL of the poor and middle class, of every race, the new niggas.

But as the Tea Party clearly demonstrates, many White people can’t even visualize such a thing happening in America. Black people are under no illusions, however. We clearly see what’s going on. While most White people can’t even imagine a totalitarian situation being established in America, Black people not only know that it can happen, but that it’s happened before on a selective basis, because we’ve lived under Jim Crow.

So by negating the benefit of his perspective, and his unique source of knowledge, Obama is doing the American people a very grave disservice. He’s not speaking out on a looming threat to American in fear of people misinterpreting his concern as a “Black thing” – or Black paranoia.

Thus, instead of saying “We should look forward, and not Back” with regard to Bush and Cheney’s war crimes in Iraq, as a Black man with a knowledge of the Black experience in America, Obama should have been in the very forefront of the fight to initiate an investigation, then prosecuting both Bush, Cheney, and everyone in the administration involved in that atrocity. Because by illegally instructing his attorney general to “not to look back,” he effectively relegated Bush and Cheney to a class that is above the law.

As both a Black man, and a constitutional lawyer, Obama should have recognized that the failure to follow the rule of law, and the establishment of a class that is above the law, is what led directly to Black people being lynched with impunity in the South. Now, as a direct result of his failure to take decisive action, the Republican congress, essentially, has an entire religion on trial as “Islamofascists.”

That’s a very slippery slope. How far will it go? First, they rightly went after terrorists, but then it became all Muslims. Next it may be Black Muslims, then Black people as a whole, then liberals, then anyone who disagrees with them at all.

The GOP has a hidden agenda. That’s become abundantly clear by their concerted assault on middle-class workers across the country. They claim that their primary concern is the deficit and the welfare of the American people, yet they held the very survival of the families of unemployed Americans hostage to force a tax cut for the top 2% of the population that will exceed $4 trillion over the next ten years.

They also claim that they’re for smaller government, yet Gov. Rick Snyder of Michigan has hatched a plan to take over every town and city in the state by installing “Emergency Managers” with the authority to cancel labor agreements and overrule the people by firing elected officials. And they say that they are for a strict constructionist interpretation of the constitution, yet the Republican Congress has passed a bill saying that it will become law even without being ratified by the Democratic senate.

Every one of those actions is grossly un-American and constitutes totalitarianism. Even the Tea party is beginning to see it, so where is the Democratic outrage?

So it’s time for the American unengaged to wake up, turn off Entertainment Tonight, and read a history book. It’s also time for the Democrats, including Barack Obama and his cheerleaders, to look past the next election and think about America for a change. That would be a change we could believe in.