The story of a generation who became disenchanted with traditional power politics. 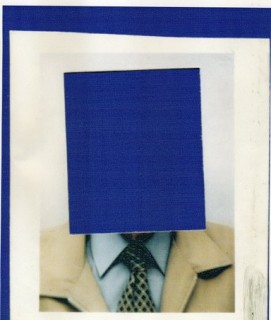 The idea of “humanitarian intervention” which is behind the decision to attack in Libya is one of the central beliefs of our age.

It divides people. Some see it as a noble, disinterested use of Western power. Others see it as a smokescreen for a latter-day liberal imperialism.

I want to tell the story of how this idea originated and how it has grown up to possess the minds of a generation of liberal men and women in Europe and America.

It is the story of a generation who became disenchanted with traditional power politics. They thought they could leap over the old corrupt structures of power and connect directly with the innocent victims of war around the world.

It was a grand utopian project that began in the mid-60s in Africa and flourished and spread across the world. But in the 1990s it became corrupted by the very thing it was supposed to have transcended – western power politics.

And the idea seemed to have died in horror in a bombing of a hotel in Baghdad in 2003.

What we now see is the return of that dream in a ghostly, half-hearted form – where the confidence and hopes have been replaced by a nervous anxiety.

This modern phase of humanitarian intervention begins in 1968 with the Biafran war. It is a fascinating moment because it is where the framework – the contemporary filter through which we now perceive all humanitarian tragedies – was first constructed.

The Eastern part of Nigeria had declared independence and called their new state Biafra. In response the Nigerian army attacked the rebel government. Things went very badly for the Biafrans, but no-one in the West cared. While the British government happily sold lots of arms to the Nigerians.

But then the Biafran government found a very odd Public Relations firm in Geneva, called MarkPress who set out to change the way people in Europe saw the war.

I have discovered a great documentary in the BBC archive which tells what then happened. It is shot inside the PR company’s offices and interviews the men running the campaign.

It shows how they turned a war that people saw simply as a political conflict in a faraway land into something heart-wrenching and dramatic.

It became a moral battle between evil politicians in Nigeria – aided by cynical and corrupt politicians in London who were selling the arms – and the innocent victims of the starvation caused by the war.

The British newspapers went for it in a big way. And a new movement grew up. It was driven by moral outrage, fuelled by a disgust with the old British political class who were prolonging the suffering through arms sales.

Celebrities joined in. They held a 48 hour fast in Piccadilly Circus over Christmas. Here are some frame grabs from the news report. The one that shows what was really happening is the placard that says BATTLE OF BRITAIN 1940 – BIAFRA ’69.

The conflict was being fitted to the template that was going to define the whole movement. It was the Good War. A justified resistance against evil to protect the innocent wherever they were being threatened in the world.

Just like the struggle against fascism in the Second World War.

ABOUT THE AUTHOR : Adam Curtis is a documentary film maker, whose work includes The Power of Nightmares, The Century of the Self, The Mayfair Set, Pandora’s Box, The Trap and The Living Dead.