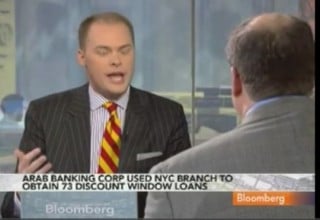 Arab Banking Corp., the lender part- owned by the Central Bank of Libya, used a New York branch to get 73 loans from the U.S. Federal Reserve in the 18 months after Lehman Brothers Holdings Inc. collapsed.

The bank, then 29 percent-owned by the Libyan state, had aggregate borrowings in that period of $35 billion — while the largest single loan amount outstanding was $1.2 billion in 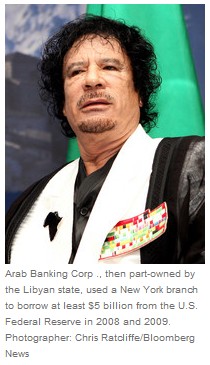