Home Veterans Who Is Attacking Balochistan? 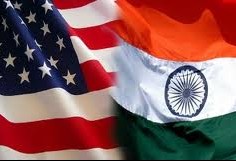 Covert operations under media support have emerged as one of most powerful tool to psychologically defeat a community and force it to follow desired line of order.  The hostile media controlled by the global and regional powers  focus on molding ideas, building perceptions, and convincing under educated people of poor third world countries. Pakistan in general, the province of Balochistan in particular presently face this hostile media onslaught on lines of Kurd Model. The main theme projected says that security apparatus is the main coercive tool being used against the natives to deprive them of their livelihood.

They blame Pakistani media for not reporting on the brutal realities of Balochistan in any meaningful manner. Despite the fact that the province is of great strategic interest to the world, its people suffer from persistent, systemic and widespread human rights abuse  by state authorities .The Human Rights Watch gives verdict by  saying “indisputable” evidence points to the hand of the FC, the ISI and its sister agency, Military Intelligence are behind the killings and kidnapping. However they fail to convince the general public on issues like the killings of eleven people by unidentified armed men at a Frontier Works Organization (FWO) camp in Palari area of Balochistan’s Gwadar district, targeting “settlers” and government officials and killing at least 16 Punjabi speaking individuals in the Bolan area last August. The responsibility of all such incidents though has been publically accepted by insurgent groups like BLA or BRA. They also have no logic to explain army’s contributions specially under General Kiyani in Balochistan for a common Balochi.

The covert hands support insurgency in Balochistan, through safe havens provided to the militants in different countries to destabilize Pakistan. It is not a secret now that of Government of Balochistan in exile (GOB Exile) established by militants in April 2005 has it’s headquarter in Jerusalem as is evident from the website anyone can go and have a look. Very interestingly Balochistan Legal fund (BLF) has address originating from Washington DC. The ban on jihadi organizations and their assets freezing is common international phenomena but such support originating from Washington?

I am reminded of a document How India’s intelligence establishment see the Balochistan situation written by Kanchan Lakashman which says “While the US is broadly committed to the general ‘stabilization’ of Pakistan, it does have a vested interest in delaying projects that would establish a dominant Chinese strategic presence in the region, particularly the Port of Gawadar. Thus military analyst predicts some US interest will be persistent, through low grade, violence in the province and this is where Indo –US interest converge.” According to Wiki leaks, also Americans are interested to increase their influence in Gawadar and other part of the Balochistan. A regional think tank says, damaging China-Pakistan joint venture of development of Gawadar port is one of the main US interest in Balochistan.

A  report published in The Gulf Times says, “Investigations into the case of Raymond Davis, have revealed that the US spy agency, CIA is indulged in heavy recruitment of local agents in Pakistan’s south-western province Balochistan to locate members of the so-called Quetta-based Taliban Shura.” The probe also indicates around 300 more CIA contractors were present in various parts of the country, apparently to keep an eye on Taliban and ALQ leaders that the American suspects too have taken refuge in various cities and towns across the country. According to a source “It has also been revealed that the CIA is indulged in heavy recruitment of local people as agents in Balochistan to locate members of the Quetta Shura, a term used by the Americans for Mullah Omar-led Taliban commanders.

The New York Times moves to support Quetta Shura perception by providing space to Carlotta and publishes a report saying Taliban commander Haji Khalil of Marja was killed in Quetta and gives credibility to Quetta Shura. Whereas ISAF Joint Command Evening Operational Update, published onFeb. 11, 2011confirms his death in action in Musa Qualah district, Helmand province, on Feb. 9. . Carlotta writes quoting The Associated Press of Pakistan(APP) that Manzoor Ahmed, the former Taliban sports minister, was shot four times by unidentified assailants on the way to his office in the border town of Chaman on March 3.However, no such report of 3rd March on APP was found about Mullah Manzoor Ahmed. This news was available on The Baloch Hal News whose website is already banned by Pakistan Telecom Authority because of its anti Pakistan editorial policy. This further substantiates the linkage between covert hands the local handlers and the media.

America is not the only interested player in Balochistan. The activities of Mir Suleiman, Khan of Kalat operating from U.K, holding anti Pakistan rallies and maligning Pakistan for forcible annexation of Balochistan has its own dimensions? Presence and involvement of Indian Consulates in Afghanistan bordering Balochistan along illegal arms supply route, arrest of Gazin Marri in Dubai in March 2006 for channeling funds to BLA from Dubai, and arrest and release of Harbayar Marri in UK and facilities of Indian visa to insurgents leaves many unanswered question. Moreover, the pictures obtained from Raymond show sensitive areas of Pak India border which have more relevance for India rather than America adds new dimension to joint covert operations. This may be that foreign hand at which our political and military leaders often hint but never speak.

The most surprising move has this time come from India, its first initiative for cricket diplomacy to improve regional relationship. Such initiative must be taken as a positive step but future must be predicted in light of history. India has always had hegemonic approach towards its neighbours and its goodwill gestures have mostly concluded with economic or militarily strangulating projects for the neighbours. May it be the construction of a barrage at Farakka, near the border with Bangladesh or Wullhar Barrage over River Jhelum to dry up the water resources for its neighbours.

For the downstream riparian country, freshwater availability depends on the share of water diverted by upstream India, and as a result Bangladesh has experienced a 50% decrease of dry season mean flow amounts since the commissioning of the barrage in 1975. Such drastic reductions have caused a series of problems including drop in agro and fish productivity, saltwater intrusion and ecological imbalance. Pakistan is locked in other territorial disputes with India such as the Siachen Glacier, Sir Creek and construction of dams including Baglihar Dam built over the River Chenab in Indian Occupied Jammu and Kashmir. Similarly China, Nepal, Myanmar, Sri Lanka all have host of problems leading to mistrust in relationship. The cricket diplomacy has this time coupled with a news that India is all set to build 558 roads at a cost of Rs 500 billion along the border with two hostile neighbours — China and Pakistan — in a bid to effectively counter the former, which is working at a high speed to execute world-class infrastructure projects along the Indo-China and Indo-Pakistan border region.

Decision has also been taken to build an all weather road along the 1,417 km long Indo-Myanmar border region besides construction of at least 50 helipads to ensure quick reaction from the air force and the infantry, in case of any eventuality. India has redrafted its military doctrine on building border infrastructure as a force multiplier in a real war situation. This needs attention in back drop of Indian Army Chief’s statement of taking on both Pakistan and China simultaneously through its cold start doctrine.

The above may have been yet another conspiracy theory for the so called liberals calling shots for Aman Ki Asha (quest for peace) but may be such reminders from history brings the required caution, however caution should never undermine the emotions as emotionalism speaks of a living nation. More important for us is the realization of dangers we are currently facing. The answer lies in understanding, developing and cementing our house from within to guard against  implosions and work out a sutto voce notion at national level which should commensurate with the present global and regional challenges  being faced by Pakistan.

It’s not the Pakistan Security Agencies or the Military that’s attacking Balochistan but a clear hand of CIA-RAW in clandestine operations is visible even to a blind eye. With such covert operations being aided and abetted by CIA, the US should not expect that Pakistan would help her to destroy us under any circumstance. Raymond Davis arrest has lifted the lid off the box where all plans for Pakistan’s destruction were kept. What appears that there are three parallel governments running within the US. State Office, Pentagon and CIA; where does Whitehouse stand is anyone’s guess.