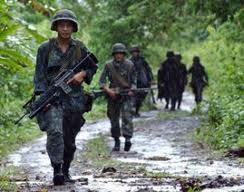 “Blind Obedience” to orders is an often-heard left-wing liberal rant in reference to those of us who have made a career in the military. Left-wing types demean and insult too – men and women who complete a tour in the military and decide to move into civilian life following honorable and proud service. Leftist views include military folks blindly obeying orders. Very different from the real world of military life. Consider:

How Much Obedience Does an Officer Need?

Beck, Tresckow, and Stauffenberg–Examples of Integrity and Moral Courage for Today’s Officer

Major Zwygart’s excellent analysis of moral disobedience in different armies exposes the myth of blind obedience on the part of most military folks. His essay includes military action and acts of disobedience (for moral reasons) including:

“Obedience to orders is a high military virtue, without which an army is merely a mob.102 The reliability achieved through obedience is an essential characteristic of effective military operations; however, obedience is not absolute. Orders must be based upon law and morality. Soldiers Are obligated to disobey illegal or immoral orders.” (Ibid.)

Military leaders are taught to obey. Writing in “The First and The Last” General Adolph Galland said: “In a military organization, orders are there to be obeyed.” General Galland’s pointed comment on obedience to orders is correct. Members of Armed Forces obey! It is as simple as that. They do not obey blindly.

Consider a small unit action from the Vietnam War. The Marine Corporal (E-4) in command made an ethical and moral decision concerning combat operations. His decision did not directly cause a negative impact on his tactics for coping with the enemy situation. It did however, expose him, his Marines and the South Vietnamese soldiers to greater danger. **

Circa January 1968, I Corp Vietnam a combined Marine and ARVN (Army of the Republic of Vietnam) had a meeting engagement with a Viet Cong Unit. The enemy point man was killed. The action took place in an agricultural area. Village hamlets were interspersed with rice paddies and the structures of Vietnamese agrarian society. The allied patrol deployed “on line” and went to ground preparatory to an on-line assault. A Marine in the patrol was pulling the pin on a hand grenade – preparatory to the assault. (Once the pin is pulled on a hand grenade, it can be held for an indefinite period of time. It will not arm until the handle or spoon is released. Not a task for the faint of heart.) The American Marine NCOIC (non-commissioned officer in charge) Corporal put his hand over the grenade, shook his head “no” and whispered “women and kids”. The patrol moved through the hamlets on line without covering fires or the use of hand grenades. Dangerous – yes – moral – yes! Not the kind of action left leaning media types like to report, was it? It is an excellent example of obedience to orders, i.e. patrol, locate and kill the enemy” without unreasonable danger to innocent civilians.

Orders may be obeyed over the course of centuries. Many families in America serve. They take great pride in long histories of military service to The United States of America. Families with long service histories are very popular with leftist. They provide them with many opportunities to insult and demean them and The United States of America. Consider compliance with military orders for one American family. It is not unique; rather the members of this one American family are rather common in America. The recognition of their (and similar families) valor is a decreasing quality in America. Please travel through the centuries and take a look at one American family.

Every one of the more than 100+ men from one American family served honorably. Some were killed in action. Others were wounded in action. Not one of them refused to perform their duty for America. The men in the family continue to serve in America’s military. Millions of military personnel worldwide obey orders and serve their countries honorably – even when doing so exposes them to dangers beyond the battlefield. On order, they pick up their weapons and advance, no matter the danger in front of them.

Dear civilians and others who may have no experience with military organizations – please know that military organizations do not create wars. You do! We fight wars with violence of purpose to bring them to a quick end when political considerations allow us to. Of course the military and economic situation can and does create long term wars. Often the length of time a war goes on is a political decision, not a military one. Members of the military are very moral and decent people. We serve America with pride.