Thinking that maybe politicians in Ohio would eventually back off on the Dayton VAMC Dental Clinic scandal under pressure from mainstream Veterans Service Organizations defensive of the VA system, I placed the last update on this story in the comments section of Ohio Congressman calls for a Congressional Investigation into the VA System.

WRONG – I now feel that despite the distraction and focus on debate over a federal government shut down, politicians in Ohio, from both parties, are not going to let the VA scandal simply FADE AWAY!

So I want to bring to our readers attention, especially current or former VA employees who’ve experience intimidation or retaliation for whistle blowing on improper VA practices, the latest two updates from the Dayton Daily News (DDN).

The first I will not go into much detail other than say that it is a reality that be it the Pentagon (DoD) that one works for or the VA – intimidation and retaliation are effective weapons that federal agency managers use to suppress criticism or dissenting views on proper and ethical practices.

I’m not going to go into too much detail on that story but suffice it to say that “two dental lab technicians, caught up in warring factions within the Dayton VA Medical Center’s dental clinic, blew the whistle last summer on a dentist whose poor infection control practices put the health of hundreds of his patients at risk. [They] claimed the VA retaliated against them after they and a third whistle-blower told an outside team of VA inspectors visiting the Dayton hospital in July [2010] about Dr. Dwight M. Pemberton’s failure to follow proper infection control protocols. worked at the dental clinic since 2000. The couple claimed their work environment deteriorated after mid-2008, when they said they were told the VA might prohibit married couples from working together. The Perdues described a clinic where intimidation and aggression were commonplace. And they were not immune from such actions.” READ THE REST OF THEIR STORY HERE.

The married couple  – former VA employees Wallace “Ray” and Sherry Perdue – of Fairborn, Ohio just outside Wright-Patterson AFB have hired a lawyer to take the Department of Veterans Affairs (DVA) thru the federal Office of Special Council and possibly federal court for violation of the federal Whistle Blower Protection Act.

I will go into more detail on the latest chapter of the VA scandal that just refuses to GO AWAY!

Ohio lawmakers seek investigation of all VA facilities in the State

“We must determine how, for more than 18 years, the VA allowed patient care to erode to the point where hundreds of patients at Dayton had to be tested for hepatitis B, hepatitis C and HIV because they were exposed to blood-borne pathogens as a result of their care” in the VA’s dental clinic, U.S. Sen. Sherrod Brown, D-Ohio, and U.S. Rep. Mike Turner, R-Centerville, wrote in a letter.

Between January 1992 and July 2010, a dentist, Dwight M. Pemberton, failed to change gloves and failed to sterilize instruments between patients, potentially putting at least 535 patients at risk for hepatitis B, hepatitis C and HIV, VA officials said. Pemberton has since retired.

“Those who enabled this to happen must be held accountable,” Brown and Turner’s letter stated. “We must also identify the source of this problem and ensure that a similar working environment has not taken root at any other VA medical facility.”

Brown and Turner called for a task force after the Dayton Daily News this week reported two patients had tested newly positive for hepatitis B. Further testing is under way to determine if the source of those infections was the dental clinic, though that may never be known.

The new task force, as proposed, would review all VA facilities in Ohio. 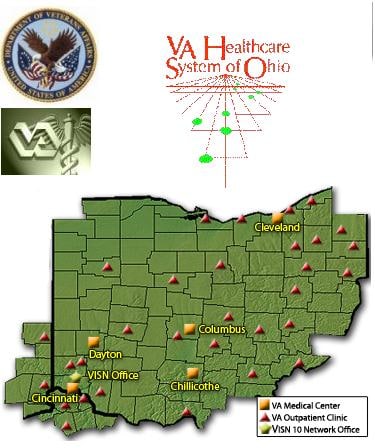 Lauren Kulik, Brown’s press secretary, said elected officials want a regional task force to examine the “culture of care at other facilities” to make sure Dayton’s problems aren’t endemic elsewhere. The latest requested review also would include input from stakeholders outside the VA, including veterans, she said.

“We need to look at the broader issues that are systemic inside of that network” in Ohio, said Thomas Crossen, Turner’s press secretary.”

The VA operates medical centers in Columbus, Chillicothe, Cincinnati, Dayton and Cleveland. It also operates outpatient clinics throughout the state.

VA officials couldn’t be reached for immediate comment 7 April, but have said the VA is taking steps nationwide to ensure problems in Dayton aren’t repeated elsewhere. For example, one of the VA’s own inspection controls — System wide Ongoing Assessment and Review Strategy [SOARS] — added a dental component. The VA last month reassigned the Dayton VA’s director, Guy Richardson, to a regional headquarters job in Cincinnati, in what it described as a lateral move.

[Congressman] Turner and [Senator] Brown have called for House and Senate hearings on the dental clinic’s problems, respectively, though hearings have not yet been scheduled.

[Of more significance given this would be an independent investigation from OUTSIDE the VA system], lawmakers also have asked the Greater Dayton Area Hospital Association to independently review the VA investigation and suggest ways to improve dental clinic care.

We believe that depending on the outcome of this task force (if it happens at all) would be used as justification to pressure the House and Senate Veterans Affairs Committees to expand such a task force beyond the state of Ohio to look at the potential for a hostile culture and environment throughout the VA system. 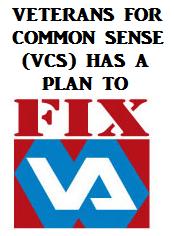