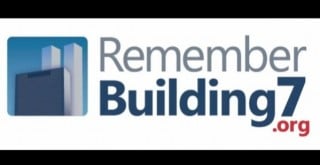 The Case for a New Building 7 Investigation
First of a a Three-part Presentation Introduced by Dr. William Pepper, International Human Rights Attorney

Editor’s note:  That people of the caliber of Dr. MacQueen still have the patience and perseverance to continue their important work for justice for the American people is laudable.  Veterans Today gives its thanks to all those who honestly seek a solution to 9/11.  It is likely that 9/11 will kill more Americans today, first responders, hundreds who have died mysteriously of unexplained illnesses and those fighting in Afghanistan.  The video is over an hour.


Even though World Trade Center Building 7 is said to have been the first steel-framed building in history to undergo total collapse due to fire, there were many people who knew the building was going to collapse long before it did. In this presentation, the evidence for this peculiar foreknowledge will be summarized and its significance discussed. The argument will be made that it is impossible to explain this foreknowledge on the basis of the collapse hypothesis offered by the National Institute of Standards and Technology (NIST). The only hypothesis that explains this foreknowledge is the controlled demolition hypothesis.