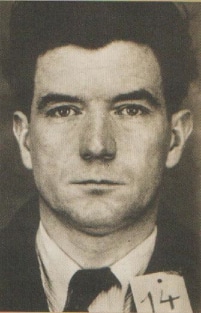 (April 14, 2011)-The war was just a pretext to destroy the genetic elite: the natural leaders, the patriots and the idealists.

In the wake of D-Day June 6, 1944, hundreds of acts of sabotage were committed by the French Resistance — with one exception.

There were none in the north and north west where they mattered most.

There, the “Prosper” and related “Scientist” networks had been mopped by the Gestapo in 1943. Prosper’s courageous young leader, Francis Anthony Suttill, 34, was languishing in a concentration camp.

He and scores of British agents were later executed, along with over 10,000 members of the French Resistance. One hundred and sixty plane loads of armaments –2600 containers — including tons of sten guns and explosives, were seized by the Nazis. (193)

Who was responsible for this debacle?

According to BBC Producer Robert Marshall’s thoroughly documented book, “All The King’s Men” (Collins, 1988) the culprit was none other than the homosexual and Freemason, Deputy Head of MI-6, Sir Claude Edward Marjoribanks Dansey (1876-1947.)

Dansey deliberately placed a double agent, Henri Dericourt, at the heart of the Prosper organization. Dericourt, a French pilot, was responsible for organizing the nighttime shuttling of agents and materiel in and out of France.

He kept his handler, SS Sturmbannfuhrer Karl Baumelburg, head of counter sabotage in France, apprised of all the comings and goings, including the mail that passed back and forth. In return, the Gestapo allowed the operation to unfold which made Dericourt look very good indeed.

MI-6 placed their own man Nicolas Bodington in SOE to vouch for Dericourt and block all efforts by SOE to uncover the traitor. Bodington actually met with Baumelburg on a visit to Paris in 1943. They all had known each other before the war. It was Bodington who introduced Baumelburg to Delicourt.
After the war, Dericourt confirmed that he worked for Dansey. (151)

Why would MI-6 engage in this kind of treason?

Marshall offers this explanation. When Churchill formed a coalition government in 1940, Labour was promised ministerial control of one of the Intelligence Services. As a result, Special Operations Executive (SOE) was carved out of MI-6 and given responsibility for sabotage.

In revenge, Dansey and MI-6 decided to sabotage SOE by placing Dericourt (left) at the heart of its primary network, and instructing him to betray it to the Gestapo.

After Prosper collapsed, Dansey and his superior, Sir Stewart Menzies lobbied to have SOE dissolved. In 1946, it was folded back into MI-6.

Since the network was doomed anyway, they had Illuminatus Winston Churchill summon the heroic Francis Suttill to a private meeting where Churchill confided that D-Day would take place at They were confident that Gestapo torture methods would suffice to extract this juicy tidbit from Suttill or his confreres. (It did but the Nazis weren’t fooled, and actually transferred divisions from France to Russia.)

I don’t believe MI-6 would sabotage the war effort over bureaucratic rivalry.
There were dozens of other far less costly diversions in play before D-Day.
My hypothesis is that the Illuminati infiltrated and controlled the top ranks of all the wartime adversaries. 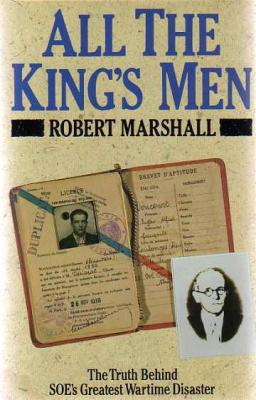 The real war was not between the Allies and the Axis but rather between this satanic cult and humanity.

The war was just a pretext to destroy the genetic elite: the natural leaders, the patriots and the idealists. It was a genocide of the Best, who might in future offer resistance to their plans for Luciferian one-world government.

And who were better than these highly trained SOE agents who were prepared to sacrifice their lives for their country?

MI-6 had already murdered a natural British leader, a colonial politician, the Earl of Errol.

Henri Dericourt had immense respect for the man he betrayed. He called Francis Suttill “magnificent, strong, young, courageous and decisive, a kind of Ivanhoe.” (133)

When Suttill (left) was arrested June 23, 1943, the Nazis showed him Dericourt’s file. They knew everything about the Prosper Network.
All that was left for Suttill was to try to save his agents’ lives.

He negotiated a deal whereby he would reveal where the arms caches were located in exchange for all his agents and the French resistors being treated a prisoners of war. He even got Heinrich Himmler to sign the agreement.

The Gestapo “swept through the countryside like a scythe through ripening wheat. At first scores, and then hundreds of French men and women were delivered to the prisons around Northern France. At Fresnes, people were crowded, sometimes five or six to a cell.” (192)

Of course, the Nazis did not keep their bargain. The Illuminati could not allow Suttill and his kind to live. That was the point of the war. They could not allow them to discover that the Illuminati, including the Prime Minister, had betrayed them and the war effort.

Andree Borrel, 25, left, Suttill’s second-in-command, was given a lethal injection and then incinerated at Natzweiler in July 1944.

Noor Inyat Khan, 30, left, their radio operator, was kept in chains at Pforsheim and then sent to Dachau where she was shot.

There is no account of the fate of hundreds of other agents, British and French. “Frances Suttill had 144 full agents within his network, but when you co8nt everyone officially connected to Prosper, the number rises to1015.” (192)

After the war, Gestapo officers confirmed that Henri Dericourt was their agent, responsible for the implosion of the resistance networks in Northern France.

Nevertheless, investigation and trial were stymied by MI-6 and Dericourt continued his career as a pilot. He became involved in the heroin trade and died in a plane crash in Laos, November 22, 1962.

In June 1943, Patrick Reilly, an assistant to MI-6 Chief Stewart Menzies was shocked when Dansey came bounding in clapping his hands.

“Great news Reilly!” he exclaimed. “One of the big SOE networks in France has just blown up!”

Reilly naturally thought him “a wicked man, undoubtedly.” One of his colleagues actually claimed “Dansey was the only truly evil man I met.” (193)

Born in 1874, Dansey had a long distinguished career maintaining the Illuminati (aka “British”) Empire.

Dansey went on to organize the Freemason executives of the Freemason corporations controlled by the Illuminati bankers into an informal intelligence service called “Z Section.” When MI-6 was mortally wounded by the capture of two agents at Venlo Holland in 1939, Z-Section became the backbone of MI-6.

Thus, we see why MI-6 and the CIA, as well as most intelligence agencies, have never served the national interest. They have always served the Illuminati bankers and their design for one world tyranny called “world governance,” “internationalism” and “globalism.”

The Illuminati traitors didn’t just sacrifice thousands of agents. They endangered the Allied war effort and the lives of millions of soldiers. This leads me to wonder if the Nazi war effort wasn’t also sabotaged, and the Allies allowed to succeed in Normandy.

It’s hard to speak about treason when the dominant forces in society are engaged in treasonous activities, the recolonization of independent democratic nations by a Masonic international banking cartel.

CONCLUSION: WAR IS A MORBID CHARADE

War is orchestrated by the Illuminati. Using their agents in politics and the media, it is conjured by Black magicians to degrade, demoralize and destroy humanity.

War is a satanic bacchanalia where the good are sacrificed to the evil, who feed on their souls. Millions of patriots respond to the call to “defend freedom” and die for nothing.

Based on their record, we must not underestimate the depravity of the Illuminati bankers, and the measures they will undertake to enslave humanity.

Knowing what we do about these demons, how can we doubt they were behind 9-11 and countless other atrocities, some quite recent?

Society is stricken by a paralytic cancer which threatens to be fatal unless it is addressed.