Home WarZone U.S. #1 Axiom “There Is No Argument For Success” Veil Pierced

U.S. #1 Axiom “There Is No Argument For Success”  Veil Pierced

America’s #1 axiom “‘There Is No Argument For Success” is pierced and it’s facade becomes invalid. Subsequently, by disguising and obscuring, racist hatreds, eternal war, infinte budget debts, and Israel.  The U.S. sirens a crumbling facade of empire.   A 21st Century America “whom neither the blatant corruption of their rulers nor the attacks of enemies could shake their apathy.” 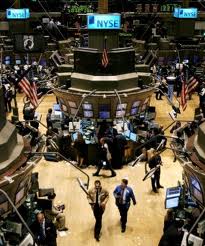 Clearly becomes unprotected from rot and it’s inherent corruption visible to the world.   Inadvertently the underachieving leadership, that swore an oath to uphold the nations laws, documents their failure by highlighting the number one axiom for the American Dream “There Is No Argument For Success.”  Manufacturing this reverent axiom into a complete hoax.    There is not just argument questioning elected leadership’s concept of  success but there is also dispute against the phony facade of American superpower merit.

Religious, racial, ethnic, intolerance veil pierced by American recycled criminal underachievers anointed to obscure party line Islamophobic hate speech ideologies.  Sub standard MSM anoints and markets Islamophobic blogger to front for U.S. reverse ‘Hate Speech’ ploy. Posted by questionable Media Matters.org.  Promoting and financing ‘Hate Speech’ reality is counter intuitive and a blatant attack against the first axiom of the American Dream “There Is No Argument For Success.” Confirming that success can be disputed and argued in any forum by any individual  i.e. without a not so clever American mass propaganda campaign to poison unsuspecting citizenry with conflict.  Furthermore, propagating hate is antithetical to intolerance and exposes clear visibility of U.S. hyper underachievers or crime syndicates creating rabid violence and mass murder against humanity.

Disguising  the facade of terrorism and fabricated enemy the U.S. consolidates illegal cartels and monopolies on future contracts and prices by eternal war against humanity for absolute control of global assets, property, and labor.   U.S.  International crime syndicates hides behind the lofty ideals of national sovereignty,  sovereign currency, and sovereign debt.

Dr. Michael Hudson explains: “It is not “foreign faith in the U.S. economy” that leads foreigners to “put their money here”. This is a silly anthropomorphic picture of a more sinister dynamic. The “foreigners” in question are not consumers buying U.S. exports, nor are they private-sector “investors” buying U.S. stocks and bonds. The largest and most important foreign entities putting “their money” here are central banks, and it is not “their money” at all. They are sending back the dollars that foreign exporters and other recipients turn over to their central banks for domestic currency.”  Posted article in

The current veil of invalid U.S. budget deficit controversies exposes the sly underachievement dynamic of American gross flaws.  Mr.Obama by perpetuating false narratives relating to the grand ideals comedy of getting a grip on the exponential and infinite expanding budget deficits.  Mr. Obama represents the U.S. citizenry in a second position status.  His authority is usurped by the first position private bank cartel apparatus. He can’t change the pen in his hand let alone address controlled U.S. budget deficit cartels.

Mr. Obama represents the pinnacles of second position deception masking  “There is No Argument For Success” by repeating ‘me too’ failures of the past century.

Apathetic citizenry unshaken by real internal enemy inside the gates and the absolute corruption of their rulers demand more sports entertainment.  Instead citizenry gets more Israeli collusion and deceptive death and destruction delivered daily. “From FY2000 to 2009, the United States appropriated to Israel $24.099 billion in Foreign Military Financing (FMF), the official budgetary term for military armaments.” Posted by weaponstoisrael.org

The very high level analyst then recites the following inane blather “Of course there are big concerns by Bernanke over real estate and jobs. We could slide back. But he truly believes no surprises. He’ll telegraph any punches early. If he makes any changes, he’s going to make clucking noises first, and he’ll attach a time frame.” Posted by marketplacepublicradio.org

This is a typical pathetic fatigued and unintelligent propaganda statement by wailing Wall Street overrepresented hoodlum syndicates.  Reciting counter-factual points by diverting focus on Mr. Bernanke’s concerns regarding the U.S. economy.  Bernanke has no concerns other than the outrageous accelerated assault, shakedown, theft, and confiscation of main street labors directing loot to the entity of Israel.   He is the titular head of the worlds greatest, con job, cartel operating above the law of the U.S Constitution.  Thereby confirming and projecting to the world his hidden criminal agenda shadowing a phony syndicate of arrogant pious and sanctimonious merit under the veil  “There is no argument for success.”

The 21st Century U.S. number one primary underachievement is the historical fact that the U.S. is not a sovereign nation. A primary fact that confirms nothing succeeds like second position self admitted “Too Big To Fail” underachievers.   A crime syndicate operating in unison for the select exclusive special interests of Israel over and above the concerns of U.S. citizenry and to the detriment of a Nation of Laws.   Let’s take several additional examples of documented wailing welfare Wall Street’s over represented mask of underachievement by using word associations such as “telegraph punches” “clucking noises ” and “time frame.” Refer to Marketplace Public Radiopress release above paragraph.

Who “telegraphs punches” by algorithm high speed computer programs in a “time frame?”  Answer, the self admitted clucks projecting “clucking noises” that result in stellar ivy league alibis, daylight robbery without a mask, and gross repeated compound failures repeated over and over and over again.  Article Posted in Foreigh Policy Journal by Dr. Paul Craig Roberts“A Plague Upon the World, USA Is A Failed State.”

Consequently, deflection and diversion of underachievement, versus the number one revered U.S. axiom, now greets us with the epidemic compounding of welfare failure, rot and demise. The Trump/Chump $ million syndicate brand running for presidential candidacy.  Mr. T/C”s $ syndicate brand cacophony deflects away from the crumbling facade of U.S. superpower flaws, disingenuous educated derelicts, cavalier academics, private corporation monopoly, cartels, and military satraps.  Gordon Duff aptly describes problematic systemic flaws in his article: “Problem is, he can go on network TV, even represent Serta Mattresses and nobody challenges him about his outlandish belief that President Obama has been lying about his place of birth.” Posted by VT.

So then obvious word associations, welfare replaces bailouts, shadow the U.S. epidemic nefarious criminal dynamic that is met with apathetic contempt by its citizenry.  The flawed playbook methodology is now copied albeit on a strata-grand scale by every underachiever and crony from the zenith of U.S. corrupt pyramid of crime syndicates.   Consequently, a documented argument of epidemic deceptions questioning success and merit including  the dispute against the phony facade of the America Dream axiom “There Is No Argument For Success.”

This summary represents an analogy to the collapse of the Roman Empire by obscuring and disguising internal rot corruption and gross underachievement.  A 21st Century America “whom neither the blatant corruption of their rulers nor the attacks of enemies could shake their apathy.” Fall of the Roman Empire.  American Empire’s race to the absolute bottom of collapse.. Not a pretty story.