Let us make “America First” the litmus tests for all elected officials.

With tens of millions of Veterans we can do it, and we should do it. 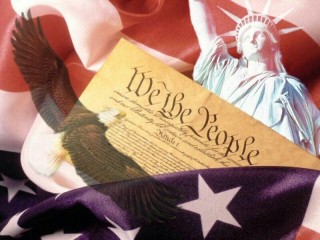 As I look at and watch what is happening in Washington these days, I have to wonder whether we are living in America as envisioned by George Washington, Thomas Jefferson, John Adams, George Mason and Benjamin Franklin and the founding fathers who laid the corner stones for the emerging democracy or we are living in a country on a course of self destruct from within.

America today is not America of the founding fathers and we have to wonder what “we the people” did to take it to where it is now?  We the people abandoned America First and allowed our elected officials from the president to members of congress to the governors, to the state legislators, mayors and city councils to be elected by the dollars and special interests groups, and not by our votes (with one minor exception California governorship vote where hundreds of millions of dollars failed to deliver the win). We abandoned America First and allowed the media, the pundits, the talk radios, political strategists, the pollsters, the lobbyist, the special interest and cash, lots of cash and the cash spent on elections to determines who wins and who lose and we allowed all that as voters to become mere ‘conduit” to a political system that not only corrupted politicians and office seekers but corrupted and bankrupted the nation as well. No thanks to the Supreme Court that ruled “corporation” is citizen within the meaning for the First Amendment and true, they may not cast their ballots like individual citizens but they can cast their ballots with the unlimited money they can contribute to elections and candidates.

What happened during last week and the debate over the budget and the possible shut down of the entire government because of certain issues of concern to a new party “Tea Party” a party driven by very narrow ideological and self serving interests with “veto” powers over the affairs of the nation and the interests of people. The Tea Party thanks to lackey spineless politicians became more powerful than both Democrats and Republicans holding the entire nation hostage.

Of course the Tea Party is not the only group or “political party” that is more powerful than both the Democrats and Republicans. There is the National Rifle Association “NRA” whose power, influence and reach is more powerful than an M-16 or a Bazooka or an RPJ and an Abram tank, with Congress and state houses held “prisoners of war”.

Then there is the American Israeli Public Affairs Committee “AIPAC” or what I will call, the American Jewish Party of a 100,000 strong paying members that is even more powerful than the combined Tea Party, the NRA, the American Medical Association, the American labor unions, the AARP, and can count on 80 senators and some 300 members of the house as loyal obedient members and always count on the president, secretary of state as servant members no matter if they are Republicans or Democrats. The American Jewish Party has the power and authority over Congress, it can draft legislations and shove it down the throat of members of Congress and can circulate a letter gaining 80% signatures of members of Congress without even daring to read. It can count on the Hills staff to decide the votes on the floor. It can take us to wars, to financial bankruptcy without our representatives standing up putting America First.

Yes, we seem to forget it is our “votes” that can counts, not the money and the PR and we allowed a bankrupt political and electoral system to take over and marginalized our value and importance as citizens and voters. We simply abdicated and gave up our own independent thinking and intelligence and surrender to the “sound bites” of campaign ads.  We as citizens gave up the right to choose, gave up the rights to question and gave up the rights to demand that our elected officials put America First. We abdicated our rights of citizenship by allowing these special interest groups and the money they can raise to determine the fait of the nation and our rights as citizen.

Perhaps what we need as citizen more than ever is to put America First in all elections and give potential candidates the choice between money from outside of congressional districts and from outside the state and our votes. Time for all of us to take back our country and our nation and our government away from these special interest groups.  Let us make “America First” the litmus tests for all elected officials.

With tens of millions of Veterans we can do it, and we should do it.