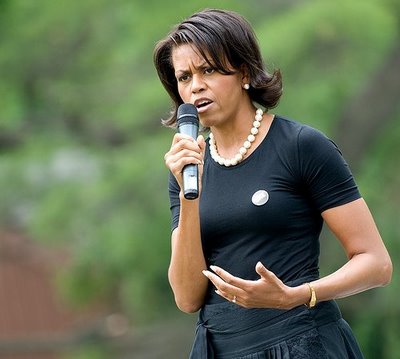 This action alert was sent to VT by Military Families Speak Out (MFSO).

On 12 April, Michelle Obama and Jill Biden kicked off a new initiative called “Joining Forces,” which encourages every department of the government as well as companies, schools, philanthropic organizations, religious groups and local communities to recognize the burden placed on military families by the ongoing military involvement in Iraq and Afghanistan.

The burdens affecting military families, Veterans, and service members are the results of government policies and practices, and need to be addressed by those responsible, rather than placing the burden on schools, non-profits, churches and local communities who are struggling themselves with funding cuts and affects of the ongoing recession.

Mrs. Obama and Mrs. Biden need to use their influence to change the policies that are hurting us.

Now is a critical time for the public, the media, and the White House to hear from military families about the real support we need!

Communicate with the public:

MFSO has launched a new website called “We Are Military Families” where military families can post their stories and talk about the real support we need. If you would like to contribute a blog or a video to the website, please email [email protected]

Communicate with the media:

Write a Letter to the Editor using this easy form and sample letter, click here to get started. We’ve provided a sample letter and additional talking points.

Communicate with the White House:

Click here to write a letter to Mrs. Obama about real ways to support military families.

Please forward this email to other military families you know so we can include their voices as well!