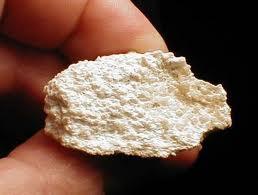 BOISE, Idaho — The Environmental Protection agency has agreed in principle to a $1.4 million settlement with a subsidiary of Monsanto Co. accused of contaminating groundwater and a stream with selenium and other heavy metals at its phosphate mining operation in southeastern Idaho.

The deal announced Wednesday resolves a dispute between the government and P4 Production LLC, which operates the South Rasmussen Ridge mine and mill that processes the raw material used in the production of Monsanto’s Roundup weed killer.

The settlement, which still needs a judge’s approval, also requires the company to spend an estimated $875,000 over the next five years to capture rain and snowmelt before it reaches a 78-acre dump for waste rock rich in selenium deposits.

Officials from the EPA and company say steps have already been taken to prevent water tainted with selenium, cadmium and other heavy metals from draining into the groundwater, wetlands and a tributary of Sheep Creek and other waters that empty into the Blackfoot River watershed, which ultimately dumps into the Snake River.

“Today’s settlement resolves a long-standing hazard to fish, wildlife and the environment in southeast Idaho,” said Edward Kowalski, director of the EPA office for enforcement and compliance.

The company does not admit any liability stemming from the EPA’s initial complaint, according to the settlement decree. Company officials say they have spent millions of dollars over the last decade to identify, monitor and correct pollution from the mine, and will spend even more over the next several years to treat contaminated water and prevent additional toxic runoff from leaching into the environment.

“We are employing sophisticated monitoring of leachate and preventing any unpermitted discharge of selenium or other trace metals,” said Sam Oliver, Monsanto Global Operations head.

Southeast Idaho’s phosphate patch has been under scrutiny for decades and companies like Monsanto, J.R. Simplot Co. and Canadian-based Agrium Inc. are in the process of seeking permits from the federal government to expand or develop new deposits.

Mining in the area has come under criticism from environmentalists and government regulators since selenium pollution was blamed in the deaths of livestock in the 1990s. None of those cattle deaths have been attributed to selenium leaks from Monsanto mines, EPA officials said Wednesday.

Concerns at the South Rasmussen mine first emerged in 2002 when storm water sampling and inspections showed levels of selenium at significantly higher levels in surface waters than allowed by state or federal standards. Subsequent testing also showed high levels in groundwater plumes traced to the waste rock dump.

EPA officials said Wednesday that levels of selenium are still showing up in samples and could for another year. But the agency is satisfied for now that efforts to stem the flow of water into the dump and capture and divert tainted water away from streams and wetlands will ultimately help clean up the area.

“We expect it will take a while for it to flush itself out,” said Dave Tomten, an EPA biologist in Boise. “What they’ve done is stopped violating the Clean Water Act as far as we know. But they will have to have a continued site presence indefinitely.”

The settlement also requires the company to monitor water below the rock pile monthly for the next five years and take other steps to reduce selenium and heavy metals from water discharged from the waste pile.