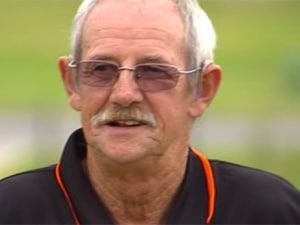 New Zealand’s Vietnam War veterans are confronting a deadly new danger, 36 years after the end of the war.

The veterans are known to have suffered severe health problems from the infamous Agent Orange herbicide, as well as public vilification for their part in the war.

But a new, and sometimes deadly scourge, is confronting many veterans who left New Zealand looking for a fresh start.

At one Gold Coast Sports Club, which also doubles as a place of homage to fallen allied soldiers, there’s a memorial for New Zealand’s Vietnam War veterans, many of whom moved to Australia after the war.

But their numbers are declining fast and while many of their medical problems have been linked to Agent Orange, there’s another cause of death the expats have not previously spoken about.

Life remains a misery for many expatriate veterans, and they say part of their despair is through government bureaucracy.

Weir said it’s too much for the people to handle, “with the pain and everything they go through.”

Ray Middleton has osteoporosis and can’t work, relying on a war disability pension from the New Zealand government. But the $500 he receives each fortnight is less than half the allowance the Australian government pays its Vietnam vets with similar disability ratings.

“It’s barely enough to live on and no more,” Middleton said.

He wants access to a $30 million NZ government fund to assist Vietnam veterans and their families affected by Agent Orange.

But the criteria is so strict, Middleton and many others don’t qualify for financial assistance.

Weir said veterans are fed up with trying to cut through the red tape inside Veterans Affairs New Zealand.

“It’s very distressing but it makes me more determined to see justice prevail and the government held to account and help resolve the problem.”

General Manager Rick Ottaway said the tax free pension is paid for accepted disabilities connected to war service and is in addition to any pension or  superannuation payment that the veteran is entitled to.

Ottaway said medical treatment is also provided for accepted disabilities, as well as a range of other benefits and assistance.