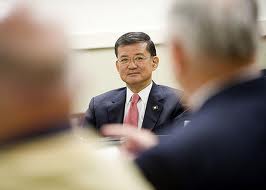 It has been a bad year for the Secretary’s outdated legal positions.

Following on the heels of the Henderson decision by the Supreme Court, on April 26, 2011, the Veterans Court (CAVC) issued a decision on a petition by William Freeman that ordered VA provide a process for veterans to challenge the appointment of a VA fiduciary to control his or her finances.  Mr. Freeman wanted to challenge the appointment of a stranger to handle his finances instead of his sister, a woman who had taken care of him and his father for more than two decades.

The Secretary repeatedly told Mr. Freeman and his sister – along with thousands of other veterans and family members – that there was no appeal of a VA fiduciary decision.

VA told Mr. Freeman that he would just have to learn to live with a stranger telling him what he could spend of his own money and when he could spend it.  Protected by VA arrogance, being a “federal fiduciary” has become a cottage industry where untrained individuals are assigned dozens and dozens of veteran’s finances without having to ever even talk to the veteran.

The Veterans Court has now made clear that the Secretary and his fiduciary program managers have to (1) precisely comply with the legal requirements for qualifying and appointing fiduciaries and (2) respond to veteran’s challenges to fiduciary appointments.  Veterans also now have the same right to appeal fiduciary decisions as any other VA decision affecting their benefits. Veterans and their advocates may now appeal to the Board and to the Veterans Court, if needed.

In a forceful opinion, a unanimous Veterans Court soundly rejected every reason offered for keeping the fiduciary system protected from judicial review.

The Court made clear that the Secretary is required, among other things, to (1) perform an investigation into the fitness of an individual before that individual may be certified to serve as a fiduciary and (2) perform a credit check on the potential fiduciary. Further, in all instances, the Secretary is required to conduct a criminal background check on the potential fiduciary. Also, the Court agreed with Mr. Freeman that the law requires that adequate evidence be presented which shows that the certification of a particular individual as a particular beneficiary’s fiduciary is in the interest of that beneficiary.

Most importantly, the Court recognized and emphasized that VA must show that certification of a certain individual to handle the beneficiary’s funds is “in the interest” of the beneficiary. No more secret appointments of “cabinet makers” and golf buddies. No more field examiners deciding how a veteran can live his life and how much (or little) of his own money he or she can spend based on a single hour-long “visit.”

No more “fiduciaries” who refuse to speak to the veteran, yet get paid 4% of the veteran’s earned compensation.  No more savings accounts growing while veterans go hungry, cold, or ignored.

This case is a major victory for veterans advocates and rips the cover off a corrupt and arbitrary system that has ruined the lives of untold number of veterans.  As the Court noted, VA recently testified that over 110,000 veterans have federal fiduciaries appointed and $96 million  (or more) is siphoned from those veterans benefits.  Each and every one of those veterans now has the right to challenge those fiduciary appointments and, seemingly, the performance (or lack thereof) of the “fiduciary” appointed to control their finances.

Where does this decision leave veterans with disagreements about the appointment of a fiduciary?

What do you, the veteran who disagrees with the VA’s fiduciary appointment do now? How about those advocates who have had their hands tied by VA and watched helplessly as the VA told the veteran that there were no rights of due process and appeal?

Today, 04/27/2011 I’ll be updating my guide on “How To Deal With The Appointment of a VA Fiduciary”. I’ll include step by step details on what you should do to take back control of your life.