FROM FIGHTING WHICH WAR DID MOST AMERICANS DIE IN 2010? 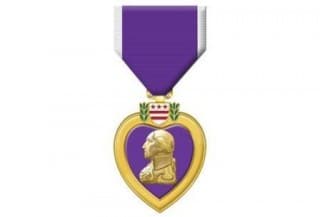 The Vietnam War was controversial from beginning to end.

The divisions it caused within the general populations of those countries involved was not only responsible for considerable public unrest and civil disobedience but also brought down governments.

It is surely for these reasons, that the many tragedies of the Vietnam War are now taboo subjects within american main stream culture & school cirriculum.

Consquentially many tragic incidents which occurred during the Vietnam War, such as Operation Ranch Hand, which under any other circumstances would have been fully investigated by the militaries & governments of all countries involved, have somehow managed to be swept under the carpet.

To finally honor & recognize all American & Allied troops who have died without recognition, from the latent effects of Operation Ranch Hand, and for those stilling living in its shadow, the wounds of Agent Orange, no matter how deep, or where they may lead, must once again be re-opened. And we must continue to re-open them until each and every one of those brave young men & women, wounded in the line of duty by ‘Tactical Herbicides’, is finally presented their much deserved Purple Heart.

August 10th 2011 will mark the 50th anniversary of the beginning of Operation Ranch Hand. A tactical defoliation program initiated during the Vietnam War. A war in which an estimated 58,000 American, and 7,500 Allied troops lost their lives. Sadly, an even greater number of American and Allied troops have lost their lives since war’s end, to the latent effects of defoliants, such as Agent Orange, used during Operation Ranch Hand, than were actually killed in combat from 1961-1975.

Thousands of Allied & American troops were undoubtedly wounded by defoliants containing the contaminate TCDD2,3,7,8 used in Operation Ranch Hand and are rightfully deserving, of honorably receiving, a ‘PURPLE HEART’, from the thankful people of their respective nations.

To heal the wounds of decades of isolation, legal battles and exclusion surely felt by those brave young men and women who were wounded by Agent Orange during the Vietnam War, all governments involved, should stage on August 10th 2011, 50th Anniversary Commemorative Memorial services to honor those young men and women who were wounded or killed by Operation Ranch Hand from 1961-72. This could be achieved by presenting all who are still able to attend, and to the children or families of all those who are not, at official ceremonies staged in every town in America, Australia, Korea etc their well deserved, and long overdue Purple Hearts. For wounds suffered while answering the call of duty, of their respective countries.

The question of whether or not American & Allied troops should or should not receive the Purple Heart seems to rest on whether or not the defoliants used in Operation Ranch Hand can be classed as agents that were sprayed to inflict damage upon the enemy. (please read Friendly Fire) If we can categorize them as such, then most definitely, American & Allied troops were wounded by friendly fire, undertaken to inflict damage upon enemy positions, while fighting for their respective countries. Hence they should be awarded the Purple Heart (or equivalent) by the thankful governments of their respective countries.

For those who would argue that the Purple Heart should only be given to those who receive ‘blood’ wounds, I would say, in light of the extreme number of American casualties resulting from the use of Agent Orange in Vietnam from 1961-72, (an estimated 300,000 – 500,000) the President of the United States has the power to put an end to any such petty arguements, by awarding all who have suffered in the line of duty for their respective countries, their long overdue Purple Hearts, via a Presidential Decree.