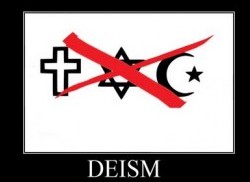 In an effort to silence objectivity towards the Jewish state of Israel the U.S. Jewish lawyer David I. Schoen, along with the Israeli law firm Nitsana Darshan-Leitner & Co. have filed a $5 million lawsuit in the United States District Court for the Southern District of New York against former U.S. President Jimmy Carter and his publisher Simon & Schuster over Carter’s ground breaking and thought provoking book, Palestine: Peace Not Apartheid.

This seems to be a new tactic Jewish interests are using to smash any speech they see as not flattering to Israel. In 1990 the Israeli government itself took direct action to override the United States Constitution’s guarantee of freedom of speech and freedom of the press when they stopped the sale of the book By Way of Deception for one day through a preliminary injunction. Thankfully the American courts defeated the Israeli preliminary injunction.

This was the first time one country attempted to stop the publication and/or sale of a book in another country. One of the reasons Israel wanted to prevent people from reading this important book was because it explained why Israel withheld intelligence information which could have prevented the October 23, 1983 bombing of the U.S. Marine’s barracks in Beirut, Lebanon which killed 220 Marines, 18 Navy personnel and 3 U.S. Army soldiers. The reason they withheld this information from their “ally” the United States was because of their belief that the deaths of this magnitude would push America to wage war against the Palestinians and other enemies of the Jewish state.

The Israeli/Jewish strategy seems to be to frighten authors and publishers into not writing or publishing anything critical about Israel for fear of a huge lawsuit. In fact, Simon & Schuster released a statement saying the lawsuit will have  “a chilling effect on free speech.”

On David Schoen’s website he states that he has “a deep personal interest in and commitment to Israel.” Too bad he doesn’t feel the same way about American, the U.S. Constitution and freedom of speech and of the press.

This crazy Jewish superiority can be traced to the Hebrew Bible/Old Testament with teachings such as the Hebrews/Jews being “above all people that are upon the face of the Earth.” (Deuteronomy 7:6) This twisted thinking is at the heart of the neoconservative movement and war machine. Leo Strauss, the godfather of the neoconservative movement, believed and taught that society should be based on the Hebrew Bible/Old Testament. It is this neoconservative thinking which makes American foreign policy in the Middle East so pro-Israel it actually puts America’s interests behind Israel’s. It has brought us the war in Afghanistan and the war in Iraq and will bring us many more unnecessary wars, death and suffering if people don’t wake up and do something.