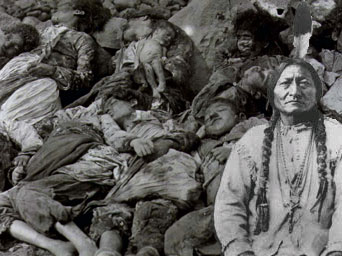 Roman codification is described as “the greatest event of the 6thcentury.” Roman Law “Justinian” greatly influenced or was wholly adopted by most of Europe withthe notable exception of England until c.1215.  Ancient Roman common law greatly influenced England and America with root fundamental principles written in the 800 year Magna Carta and the US Constitution. See Creighton.edu

Magical centric spells cast by D.C. cronies in behalf of apartheid walls, genocide,  death, destruction, human open prisons, and  deathcamps.   A flawed influence and unbelievable spell of philo-affinity for a single ‘select exclusive special interest group’ only.  Every other human being on the planet earth can drop dead, if they are not slaughtered first by U.S. Israeli belligerence.

Spells and curses cast in violation against the will to the detriment of human self-dignity.  Gross violations resulting in a transfer of reverse irrational hatred and polarization methodologies. A phobia technique that is instilled in all individuals, entities, nations, religions, creeds, or forums that dare to question status quo myth, spells, witch crafts and curses perpetuated for a single select exclusive interest group only.

Blanketing world citizenry terrorism assaults on human self-dignity commences with the Holocaust genocide of 100 million indigenous North American Peoples. Wall Street c.1917  financing of Czarist Russia’s theft wealth confiscations and mass murder of 60 million Christians by Lenin Trotsky.  The only disengenious nation in recorded history to mass murder millions of civilian men women and children in the firebombing of German cities and the dropping of Atomic bomb destruction of Japan in WWll.

The U.S. expends the greatest amount of citizenry labor assets and property to perpetuate great atrocities and genocide on humanity and turns 180 degrees accusing the world of seeking retribution.  This is the highest form of ignorance, application of ancient witchcraft methods, hypocrisy, stupidity, disingenuous failure and underachievement.

Consequently, with each false accusation and assault on society a siren blares to the world community that U.S. Israeli doctrines is disconnected from the documented reality of recorded historical factual events and corresponding world community.  Confirming, the global masses, that U.S. Israeli war crimes against humanity result in default to the greatest Holocaust deniers on earth.

A corrupt misconception perpetuated by complete U.S. and Israeli buffoons.  Holocaust deniers of unprecedented historical documented factual history by under performing U.S. and Israeli crime syndicate ideologues. Native American indigenous Peoples respond to U.S. buffoons naked atrocities.  The U.S. perpetrating the illegal and outrageous stereotyping and continued assault on self-dignity and discrimination operating military death and destruction precision with brand names such as “Geronimo,” “Tomahawk,” and “Apache. “ Excerpt from interview  “You know, from our perspective, of course, and from, I think, all Americans’ perspective, Geronimo is a hero. He’s a national patriot for our peoples. And in that, it is indeed an egregious slander for indigenous peoples everywhere and to all Americans, I believe, to equate Osamabin Laden with Geronimo.” Read Full Article Posted by WINONA LADUKE

These atrocities include extreme prejudicial violations perpetrated against Middle Eastern Nations, especially Palestine, Iraq, and Afghanistan up to 2011. This terrorism and belligerence includes mass murder of 2 million defenseless civilians, men, women, and children commencing with 9-11 debacle in NYC.

Men, women, and children enduring violence pain and suffering each day by Western perverted witchcraft imitating Mayflower Puritan settlers escaping English persecution c.1620 commencing the genocide of indigenous North American Peoples.   A blatant under performance that is unprecedented in documented historical recorded events.  The greatest under achievements in history now directed against it’s citizenry ‘We the People’ by wailing Wall Street buffoons, operating under myth and spells of ‘Too Big To Fail.”  Transferring all guilt to anyone who dares to bring the least opposition to distortions and disinformation attacking with a intentional default “curse.”

Masking genuine Holocaust denial applying the ancient “curse’ or spell methodology against all opposition.  A default of extreme emotional sensitivity with no intelligible reason, or solid argument.  Resorting to insane automaton disconnect, automatic apoplectic malevolent appeal to a supernatural being for harm to come to somebody or something who dare to oppose self anointed reverse victim dysfunction.  This defines a broken down Nation in total meltdown caused by absolute morons.