“Much of the $14 trillion in US debt is money Americans have borrowed to replace losses by Wall Street of money that never existed in the first place.  You can’t make stuff like this up, unless, of course, you are a Wall Street power elite.”

There could be nothing more pure as a false flag terror operation than one involving charges of rape.  Dominique Strauss Kahn, charged with an endless array of sexual crimes, rape, multiple sodomy charges is most likely the victim of one of the most obvious ploys known to man called the “honey trap.”  Why was he a target of intelligence operations?  The answer is both simple and complex.

Kahn, unknown to most until this week, has been on a crusade to end the financial crimes that are impoverishing, not only the 3rd world, but destroying the standard of living for Americans and Europeans as well.  His most recent solution, the use of SDR (Special Drawing Right) bonds would be a step toward a global currency.  However, the probable direct cause of his arrest is the fact that SDR bonds can’t be traded on the secondary market or used in wild collaterilization programs such as the Bush era “Ponzi schemes” that allowed Wall Street to create unauthorized money by creating imaginary debt.

That Kahn’s primary backers are Russia and China put a target on his back.  China could continue its undervalued currency but hide its massive reserves of foreign currency with the IMF rather than lending it to the US treasury.  Kahn had become dangerous.

Much of the $14 trillion in US debt is money Americans have borrowed to replace losses by Wall Street of money that never existed in the first place.  You can’t make stuff like this up, unless, of course, you are a Wall Street power elite.

Kahn’s program, which has enjoyed a a generally chilly reception over the past few years, has, with the impending collapse of the US dollar, been gaining momentum, and with this, Khan has become a veritable financial “bin Laden.” In a sense, taking down Kahn is a far bigger victory than the killing, real or imagined, of Osama bin Laden.

The media wolves are out for blood.    Those trying to nail the hide of Dominique Strauss-Kahn to the wall forgot the adage, “less is more.”

First, we have to admit to ourselves that intelligence agencies work for financial institutions, not for nations.  That concept is difficult for some, more simple to understand for others.  In fact, were financial institutions able to speak, rather than simply grunt, they would tell you that there is no such thing as a nation at all.  They make the laws, they take what they want and, in this case, they destroy whoever is in their way. 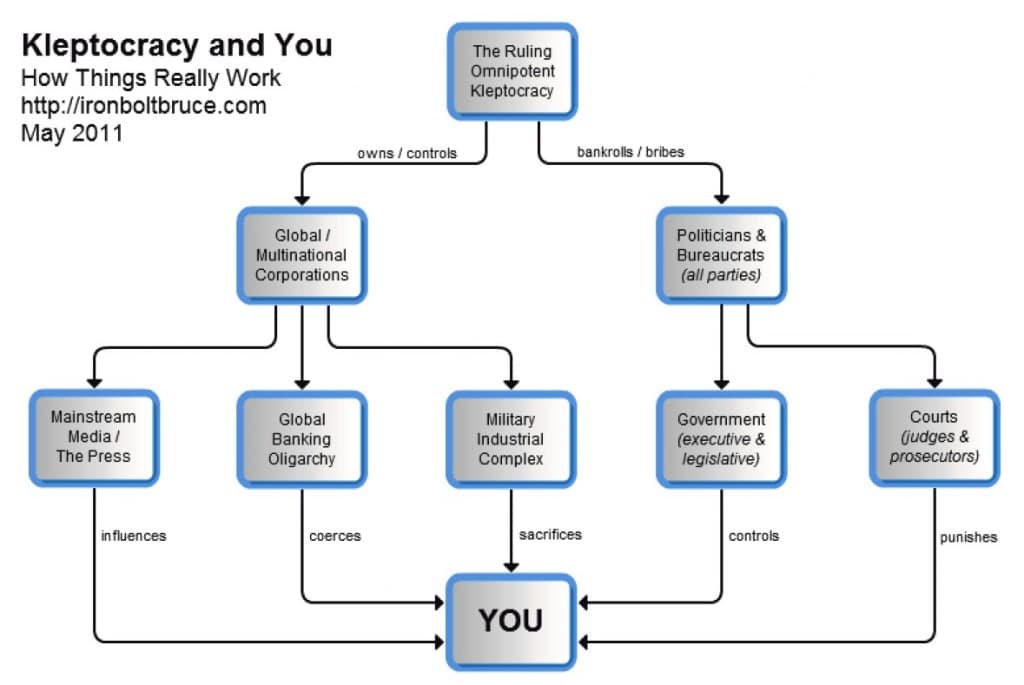 Nobody has been “in the way” quite as bad as Franco-Israeli IMF chief Dominque Strauss-Kahn.

This week, the US debt crossed the $14 trillion dollar level and became, by every official estimate, unsustainable.  The American economy can no longer pay interest on its outstanding treasury bonds nor sustain the value of its currency.  Similarly, Greece has gone back to the European Union for another bail out and more nations are to follow for a second round of “hand outs.”  From a financial standpoint, the European Union has failed and even the Euro itself is threatened.

Dominique Strauss Kahn, director of the IMF, has been campaigning for a world currency but, moreover, an IMF issued bond that would make it impossible for the United States to continue marketing its T-Bills, the worthless paper that underwrites America’s endless debt but also represents most of the financial holdings of the world itself.  Most money in the world is actually nothing more than worthless American debt.

This is how the UK Telegraph puts it:

International Monetary Fund director Dominique Strauss-Kahn (left) calls for new world currency … Dominique Strauss-Kahn, managing director of the International Monetary Fund, has called for a new world currency that would challenge the dominance of the dollar and protect against future financial instability … “Global imbalances are back, with issues that worried us before the crisis – large and volatile capital flows, exchange rate pressures, rapidly growing excess reserves – on the front burner once again,” Strauss-Kahn said … “Using the SDR to price global trade and denominate financial assets would provide a buffer from exchange rate volatility,” Strauss-Kahn said, while “issuing SDR-denominated bonds could create a potentially new class of reserve assets.” – UK Telegraph

It is possible that the head of the IMF is a sex criminal.  There is more than minor evidence that crimes of the nature attributed to Khan, in fact crimes far worse, are common place among the elite of Washington and New York, particularly elected officials.

However, considering the timing and circumstances, it is extremely unlikely that the head of the IMF is a sex criminal.  Do we notice the smell of another “Monica Lewinsky” scenario, but with a twist?