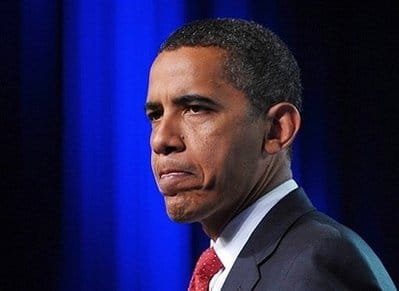 US policy in the Middle East was, is and will remain driven by the powerful American Jewish leadership and community. It does not change with who resides in the White House.

The Arabs and specially the Palestinians should not hold their breath in anticipations of the scheduled speech President Barack Obama plans to give today, Thursday. When it comes to the Middle East, Mr. Obama does not formulate the policy, it is dictated to him as the case with previous presidents.  Nothing will change in Washington unless there is powerful public movement to yank the power of AIPAC and the American Jewish leadership and community and give it back to the American people where it belong. 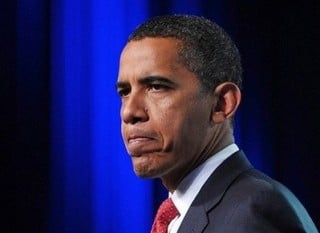 For over 63 years and even before, US policy in the Middle East was, is and will remain driven by the powerful American Jewish leadership and community and it does not change with who resides in the White House.  The policy is the prerogative of AIPAC and its henchmen in the American Knesset, media and think tanks.

It is this community and leadership that dictates who takes charge and who leads the Middle East policy group whether in the White House, in State, in NSC or even in the Pentagon.  It has been the same failed policies, the same ideas, same community, that is responsible for America’s failures all these years, for the wars fought and for the trillions in costs.

The American Jewish leadership and community, for its own self driven reasons made sure US policy does not promote peace and reconciliations between Israel and the Palestinians, between Israel and the Arabs, certainly does not promote reconciliations between America and the Muslim world.  Peace based on “land for peace” is not what it wants and keeping the Middle East conflict going and without final solutions serve its purpose and interests well.

It keeps the money coming in to its coffer to put to good use in local and national elections and have strangle hold over the American Knesset in addition to making sure Israel is the beneficiary of tens of billions and beneficiary of political and international cover.  I simply see no incentive and no reasons for this community or leadership to see Israel enjoy normal relations with the Palestinians and the Arabs. Unless there is a grass root movement to challenge the American Jewish leadership and its control over this key issue with profound impact on the safety and security of America and the American people.

The power and reach of the leadership and community goes beyond the Middle East and its influence also affect US policy in dealing with the Muslim world.  Arabs and Muslims are always seen through prism of Zionism and this is clear in the American Knesset, in the media, in the movies even within financial institutions.  Islam and Muslims are portrayed as enemies of Israel, enemies of the Jews and enemies of Zionism and subsequently enemies of America and the American people.

The Arabs and Muslims are not seen as diverse community with the “good, the bad and the ugly” like all communities, faiths and groups, and is always seen through the single lens of “terrorism” where the Jewish Zionists are the “experts” in this field.  September 11th was a bonanza for Israel and its allies and Fifth Column in the US whether in official Washington or within the many national and international organizations and companies providing consultancy on national security and terrorism.  The likes of Steve Emerson and Daniel Pipes will be no body, except for their claims of being “experts” on Islamic terrorism and Jihad, and many Jewish/Zionist organizations and leadership will be out of business except for the “war on terror”. They succeeded in reducing great culture, great tradition, great civilization, great arts, architects, science, and literature spanning the globe all of this was reduced to “terrorism”.  If there is no “war on terrorism” they will invent or create a conflict that keeps America and the Muslim world in conflict.

President Barack Obama was strongly supported by key American Jewish and Zionist leadership and he owes his presence in the White House and his future to this community and as such “Change We Believe in” does not cover the Middle East. That is why Uncle Shlomo is not the master of his house when it comes to the Middle East. He has to work with key players selected and appointed by AIPAC and Israel’s many think tanks in Washington. Who would believe that someone like Dennis Ross, as dishonest as it comes when it comes to the Middle East, a man who never hid his loyalty and bias for Israel and who always put Israel interests ahead of the US remains in the driver seat?  As if this whole country of 300 millions, thousands of universities, there are no ‘experts” except those who come from AIPAC, its affiliated groups and the many Zionist think-tanks.  Surely there must be a dozen or so who can put America, not Israel first and who can take the US out of this jam. Why would the White House and State want to put well known Zionists in charge, when it does not put well known Communists in charge of its policy toward North Korea or Cuba. It makes no sense at all. All those with vested interests with Israel or the Arabs must be out of the decision and policymaking process.

Uncle Shlomo was unable to even get Israel to accept 3 months freeze on settlements even though he threw over $30 Billions and the offer was rejected. Why because Israel and its leadership believe it can continue with the settlements while getting the American Knesset to hand over the money too.

As I see it, it is Aunt Ester at State that is responsible for the Middle East and she is embedded with AIPAC and Israeli thinks tanks for too long and is not free to chose a different team other than those “selected” for her.

Mohmoud Abbas “ Abu-Fatah” is too embedded with Fatah and the PLO both of which have too much vested interests in the continuing Jewish Occupation to make a difference. This is the same man who negotiated Oslo, and who recently expressed his willingness to abandon going to the UN seeking recognition of a Palestinian state if there is a temporary freeze on settlements, knowing well he is only benefiting Israel in this offer.

The only way out of this impasse is for a popular Palestinian uprising that sweeps the PLO, Hamas and Fatah out of power, declare Oslo null and void and take on the Jewish Occupation face to face, declaring the Two State solution dead, no longer valid and viable and pursue a One State solution even if Israel formally “annex” what remains of the West Bank.  No armed resistance, no stupid rockets, but persistent untiring pursuit of One State, One People. Time to take out the US, AIPAC and the American Knesset out of this whole sham called the Middle East Process