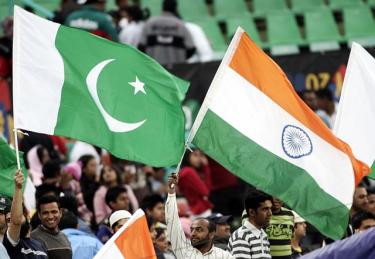 Instead of fighting common enemies, neighbors squander their resources on weakening each other

It’s inexcusable for scientists to torture animals, Henrik Ibsen once argued, let them make their experiments on journalists and politicians! Now I don’t give a damn about politicians but I am proud to be a journalist and very fond of my fraternity. 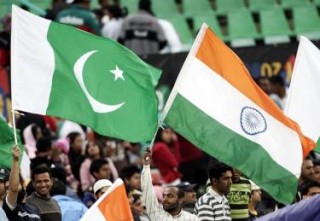 There are times though when I find myself agreeing with the suggestion of the Norwegian playwright and poet. These past couple of weeks have been one of those times. Look, for instance, at the response of some sections of Indian media to the recent developments in Pakistan.

Indeed, every time I watch some of these television news networks back home, I cringe. They are so loud, in-your-face and full of sanctimonious humbug that I often switch channels in disgust. But the incurable news junky that I am, I can’t keep away very long either. Besides, given the bland staple offered by the likes of CNN and BBC, you aren’t left with much of a choice.

So I suffer. I suffer in silence, overwhelmed by the plebian wisdom and loads of malice endlessly peddled by the likes of Times Now, Star News and Zee News. Journalists are supposed to be soldiers of truth and crusaders against falsehood and injustice.

We are not merely supposed to inform and educate the society we serve; we are committed to its well being. We protect its interests by telling the truth and promoting peace and harmony, and not by purveying falsehood, hatred and mistrust. I know circulation numbers and TRPs do matter but they do not come at the expense of truth and honesty.

Given the toxic history of India-Pakistan relations, it’s perhaps only natural that establishments on both sides are obsessed with each other. But since when has media become part of establishment? Whatever happened to its fabled independence and objectivity?

While when it comes to dealing with the reviled neighbor next door everyone is vying with everyone else to appear more hawkish and patriotic, few can beat Times Now and its insufferable, holier-than-thou Arnab Goswami. The bespectacled news anchor, who also happens to be the network’s editor in chief, is forever presiding over an all-season hate Pakistan fest, day after day feigning an air of pompous solemnity. It’s as if he’s got the responsibility of resolving the Kashmir conundrum or leading the billion plus nation resting on his shoulders.

Indeed, this time around he went a step further. Even as Pakistan’s befuddled politicians and men in khaki tried to make sense of the Abbottabad affront, the guardian of our national interest was calling for burning Pakistan at the stake. “If Americans could fly into Abbottabad cantonment and take out the man responsible for 9/11, what prevents us from doing the same and taking out those responsible for 26/11?” he repeatedly demanded referring to the 2008 terror strikes on Mumbai.

It was an invitation to his guests — many of them former diplomats and at least two of them being former envoys to Pakistan — to move in for the kill as they implored India to hit at its separated-at-birth twin. This is payback time as Pakistan is at its most vulnerable right now, they seemed to suggest, openly debating the options of surgical strikes or US-style assassination to take out characters like Hafiz Saeed, Masood Azhar and of course Dawood Ibrahim.

I found it hard to believe my ears and eyes. Do they really mean that? Do the pundits realize the calamitous ramifications of their call? And they were supposed to be former diplomats! If this is how our diplomats think and speak, what about our men in khaki?

We got the answer the day after when Army Chief Gen V. K. Singh, obviously playing to media gallery, declared that India was capable of Abbottabad-style operations. Predictably, it provoked a swift reaction from the other side with Gen. Ashfaq Kayani promising a “catastrophe” if India tried such “misadventures.”

So where are we headed? And how irresponsible the media can get in its attempts to sell itself? Well, everyone in this business is always looking for a larger slice of the pie and more readers, more viewers and more revenues. Which is fair enough. But are there no rules in this game? No sense of right and wrong? Whatever happened to good ol’ honesty and noble ideals that once inspired and drove Indian journalism?

Alarmingly, Times Now isn’t the only one playing dirty and exploiting what Samuel Johnson termed the last refuge of the scoundrel. (Ironically, it belongs to the Times of India group, which last year joined hands with Pakistan’s Jang group to promote peace in an initiative titled, Aman Ki Asha!) There are many out there who play this dangerous game day after day, constantly stoking fears about Pakistan, and by extension, the specter of “Islamic terrorism” and dozens of sleeper cells of terrorists allegedly operating across India. If they were to be believed, the entire Indian Muslim community is in the pay of Pakistan’s ISI.

No wonder hundreds of innocent Muslims have been languishing behind bars for years. This hasn’t changed even after the stunning revelations linking Hindu groups like Abhinav Bharat and the all-powerful RSS to terror attacks targeting Samjhauta Express, Hyderabad’s Makkah Masjid and Ajmer shrine.

The accused are condemned even before their sentencing, radicalizing many more around them. And the media, playing on the insecurities of ordinary people, must share the blame for this state of affairs.

I am not playing the devil’s advocate here. I am not suggesting Indian concerns about extremists operating out of Pakistan and launching 26/11-like attacks are without basis. I do realize that if world public opinion has turned so firmly against Pakistan, credit goes to extremist outfits like Lashkar and Jaish and their patrons in Pakistani agencies. They have brought nothing but shame to Islam and Muslims by targeting innocents in the name of Kashmir.

But you can’t deal with such elements by running a vicious campaign against Pakistan as a whole or by egging on the Indian Army to teach the neighbor a lesson. This is not journalism. It’s sheer madness.

Indeed, given the troubled past of the subcontinent — three devastating wars since the Partition, not to mention the 1999 Kargil disaster — such an approach could culminate in collective hara-kiri. Both sides are sitting on a neat pile of nukes, enough to wreak havoc across this vast region of a billion plus people. Bill Clinton was hardly exaggerating when he described this part of the world after Kargil as the “most dangerous place on earth.”

A healthy and objective media is essential for a healthy and progressive society. Journalists should therefore be fighting ignorance and intolerance. They should be building bridges between nations and people, not divide them further. The media needs to promote love and peace, not generate hatred and war, especially between two countries that had not long ago been one.

India and Pakistan, instead of squandering their precious resources and energy on fighting each other, need to fight their common demons and enemies together. And there are plenty of them out there: Poverty, disease, illiteracy, ignorance, injustice and, above all, intolerance and extremism.

ABOUT THE AUTHOR: Aijaz Zaka Syed is a widely published opinion editor, he looks at and comments on world affairs from a Middle Eastern and Arab-Muslim perspective. He received the European Union’s prestigious Lorenzo Natali Journalism Prize in 2007 for his writings on the Darfur conflict. Write to him at [email protected]