Home Government The Subjugation of America 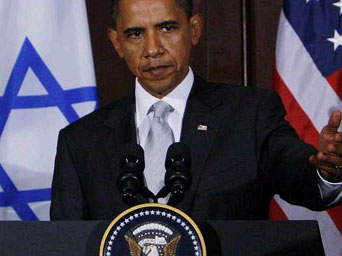 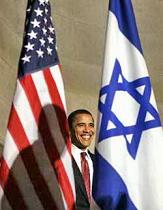 A brutal empire over extended and exhausted from delivering oppression, suffering, eternal bombardment, economic collapse, and brutal mass murder of civilians from c.1620 Mayflower Puritan genocide of indigenous Peoples to c.1945 Atomic bombing of civilians in Nagasaki and Hiroshima continuing to 2011.

The U.S. flawed dynamic of ongoing perpetuation and finite Imperialism by over extension and unsustainable exhaustion.  Parroting a supreme under performance addressing citizenry especially the peoples of the Middle East and throughout the world. ”The Profound Hypocrisy of President Obama’s Speech on the Middle East”Read Full Article by Brian Becker and Mara Verheyden-Hilliard  Posted in Global Research.

President Obama’s speech is a clear and definitive demonstration that sirens to the worlds masses the pinnacle of U.S. under performance, studied ignorance, and coordinated underachievement by continued mass murder of upward of 2 million human beings, including total annihilation of an entire ancient Iraq civilization ordered on 09 11 2001. Obama: “Regardless of Arab Upheavals, our Commitment to Israel and Oil Producing States is permanent and rock solid!” Read Complete Article Posted in My Catbird Seat

Mr. Obama reciting an imperious false narrative line “The United States opposes the use of violence and repression against the people of the Middle East region.” Further, in his speech made it appear as if the “United States was insisting that Israel return to its pre-1967 borders.” Nothing could be farther from reality “Silence is Betrayal” Video on youtube here.

“The welfare of the people is the ultimate law.”Marcus Tullius Cicero 106 BC–43 BC Ancient RomanLawyer, Writer, Scholar, Orator and Statesman.  Consequently, the subjugation of its citizenry to a mythical philo-affinity ‘select exclusive special interest group’ only ignores Roman ultimate welfare, laws, and justice handed down through the centuries, to the common people.

The U.S. year after year perpetuates treason, commits international war crimes, torture, indefinite prison detention, hoaxes, parodies, and crimes against all humanity.  Under specific orders from a mythical select exclusive Zionist entity that imposes an ancient “curse” including a kangaroo forum to all who offer opposition.  Latest news release  “Dominique Strauss-Kahn’s release from prison on bail, and how his resignation from the IMF” Read Article Posted by Market Watch.

A crime syndicate of illegal cartels perpetrating corruption, shadowing exponential fatigue, exhaustion, and under performance.  Resulting in apoplectic incoherent reverse victim complexes, alibis, and excuses to continue absolute national universal failure by executing new rounds of QE3 thefts.  No university textbook or chapter themes relates to illegal syndicates, cartels, or monopoly subject matter flawed failures. Conversely, the Law of the Universe inherently dictates that failure is automatically replaced with new fresh opportunity, competence, and high achievement.  So far in the second decade self anointed parasitic failure is self admitted and documented to entry into U.S. criminal banking and bureaucratic organizations.

Notwithstanding, U.S. illegal syndicates promote reverse logic failures, alibis, and excuses operating against the Laws of the Universe. Mr. Obama stated, “precisely because of our friendship, it is important that we tell the truth: the status quo is unsustainable, and Israel too must act boldly to advance a lasting peace.” Mr. Obama projects a siren of U.S. six decades of total impotence, underachievement, and under performance to the detriment of centuries of civilized written laws, and the Laws of the Universe.  A complete anomaly masking a subjective crime syndicated alibi to monopolize and control prices of all natural resources, labor, assets, and property on earth.

Official U.S. military satraps and D. C. poltroons commanded to perpetuate an agenda of treason from within by instigating violence, war, hatred, death, destruction, and genocide across the world spectrum on a daily basis. U.S. 20th Century of underachievement directed to reciting verbatim some mythological incoherent reverse victim, chain of loyalty, and incomprehensive phony democratic dual identities speech.  Resulting in an ancient “curse” or witchcraft hex placed on all opposition that dare to question or offer conflicting viewpoints on historical documented laws and factual recorded events.

America could care less!  The only interest the U.S. generates is the latest you tube video of dysfunctional teens singing silly parodies.  This video has attracted 149 million hits in 48 hours.  That would equal 149 million more hits than any relevant article written and published on the internet or speeches by corrupt bureaucrats.

For the past 20th Century including the second decade of the 21st we are witness to U.S. government bureaucratic apparatus eclipsing all despots and mass murderers in recorded history. Circumventing “The welfare of the people is the ultimate law.” Marcus Tullius Cicero by supressing the US Constitution, Articles Bill of Rights, Habeas Corpus, Nuremberg Tribunals, Internationl Law, Military Code of Honor, Geneva Conventions and finally dismissing inherent human self diginity “Our thoughts are free.”Marcus Tullius Cicero.

The primary requisite for 20th 21st Century America propagating a too big to fail or “Failing Upwards” dynamic of alibis, excuses, dismissing opposition, suppressing  centuries of written laws and the laws of the Universe. “No nation can survive treason from within” Marcus Tullius Cicero 106 BC–43 BC Ancient Roman Lawyer, Writer, Scholar, Orator and Statesman,