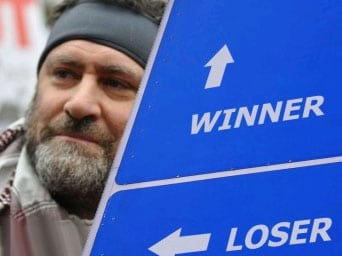 Below you will find an embarrassing ‘call for action’ circulated (selectively) by Naomi Wimborne-Idrissi, a prominent UK Jewish ‘anti Zionist’ and one of the founders of ‘J- Big’, an exclusive Jewish cell, advocating the boycott of Israeli goods.

Wimborne-Idrissi’s intentions are ambitious: she wants to from an ‘Anti Atzmon party’ or, in her words “We are organising a meeting to discuss this developing situation (Atzmon’s popularity), and to arrive we hope at an agreed strategy for countering it.” You may as well notice that this Judeo-centric sectarian attempt is taking place at a time Palestinians seem to be united.

Wimborne-Idrissi’s argument is staggering — on the one hand she is criticising me for suggesting that “Jewishness is a tendency towards segregation” — and yet, her call for action ends with the following sentence: “this invitation is not intended for wider circulation.” It is obviously clear that instead of a ‘wider and open Palestinian solidarity discourse’, the Jewish ethnic campaigner actually prefers to operate within small segregated cells as I suggested above.

Wimborne-Idrissi is devastated by the success of our May 3rd Panel Event, “Zionism, Jewishness and Israel”. While our panel discussion was a public event, open to all, Wimborne-Idrissi and her half a dozen Jewish ‘comrades’ seem to prefer to operate ‘underground’, in a clandestine mode.

It is obvious to all that their defeat is colossal. I wonder, why don’t they just admit it and move on?

Let’s face it. Wimborne-Idrissi is at least correct in some regards — I do indeed argue that:

And yet, not one of the above statements are anti Semitic or racist — As you may note, there is not one single reference to Jews as a people, a race, as a group united ‘by blood lines’, or collection of genes. Instead, I criticise Jewish ideology. And In case Wimborne Idrissi is willfully missing something, criticising ideology is still actually considered to be a legitimate endeavour until further notice.

But I suppose that Wimborne-Idrissi considers that Jews as well as Jewish ideology are beyond criticism. And that is clearly just another symptom of her deeply supremacist worldview.

Shamelessly, Wimborne-Idrissi writes,  “those who equate Zionism with Jewishness do not belong in the movement.” Once again a Jewish ethnic activist seems to suggest to us what the Palestinian solidarity movement is all about. Sadly enough, Wimborne-Idrissi refuses to admit the obvious — that Israel defines itself as the Jewish State. Israel also drops bombs on Gazans from planes decorated with Jewish symbols. Surely then, Wimborne-Idrissi had better explain to us, once and for all; why can’t we then question what Jewishness stands for?

But I guess that I know the answer: Wimborne-Idrissi, understands that any criticism of Jewishness will also apply to her own ‘Jews Only’ political cell, for — categorically and by definition — both Israel and Wimborne-Idrissi’s ‘J-Big’ are exclusive Jewish clubs. They are both driven by the idea that being Jewish is somehow unique: otherwise, I cannot understand why Wimborne-Idrissi refuses to boycott Humus Sabra together with the Goyim.

It is important to mention that neither I nor anyone else in our movement has ever condemned ‘Jews within the movement and those who work with them’. No one is criticising Jews as people.  And no one — except the Jews only cells — believes in trying to silence anyone.  I believe in freedom of speech. I believe that vibrant discourse is crucial for any political or ideological  movement.

And I would support Wimborne- Idrissi — once she decides to engage in an open debate instead of conspiratorial clandestine strategies.

I am afraid that I have some bad news for Wimborne-Idrissi & Co. Being an ex-Jew and an independent thinker, I am not a member of any synagogue or Trotsky-ite congregation. From a Jewish perspective then, I am untouchable. The large variety of old Jewish tactics such as Excommunication and Exclusion have already proved to be futile with me. The few Jews in this movement who attempt to perform these old Middle ages Rabbinical rites and strategies against me will achieve little, besides exposing themselves for who they are and what they are : i.e. crypto Zionists.

And I wish them luck.

As I was about to publish this post, a mole within the ‘progressive’ Jewish  league sent me  the date and location of the first ‘anti Atzmon gathering’. The meeting is proposed for Saturday 18/6 at 3pm. Venue is Lucas Arms, 245a Gray’s Inn Road, London WC1

I would love to be there. I would be the perfect leader for this new Jewish revolutionary party. As a self-hater, I also have a lot of problems with Atzmon. Every night when I am desperate to go to bed and close my eyes, he  keeps on writing about Israel, AIPAC, Lord Levy, Jews Only Clubs and so on. I am sick of it, I have been stuck with him for too long. Considering my intimate and deep knowledge of this character, I should probably be the secretary of the new party. But unfortunately, I will be with Atzmon that Afternoon. He is performing that day in front of those ‘clueless anti Semite idiots’ who for some bizarre reason love him, oppose tribalism, defy racism and follow his universal ethical dribble.

The following is an email sent by Naomi Wimborne-Idrissi to selected ‘revolutionary’ chosen members within the UK ‘anti Zionist’ network.

A potent Zionist weapon in undermining the Palestinian cause is the accusation of anti-Semitism. While the pro-Palestinian cause is overwhelmingly anti-racist and does not tolerate anti-Semitism, there have been some signs recently that individuals promoting views that can only be viewed as anti-Semitic have been gaining an audience within the solidarity movement.  As just one example, a number of activists were present at a  meeting in London on May 3 at which they applauded a platform speaker explaining his view that “Jewishness is the real problem.” “Jewishness”, he said, was “a tendency towards segregation” and a form of “supremacist ideology fuelled by chosenness”. He attributed to “Jewish Marxists . . . a very strange form of national  socialism”. We are organizing a meeting to discuss this developing situation, and  to arrive we hope at an agreed strategy for countering it.

There is a strange symmetry. Zionists equate Judaism and being Jewish with their own racist political philosophy. It is embodied in the State of Israel as ‘ the state of the Jews ‘. They allege that anti-Zionism equals anti-Semitism. Any Jew who does not agree is a ‘self-hater’. Likewise racists and religious extremists also equate Zionism with Judaism and being Jewish, and use the atrocities being committed on behalf of the Zionist project as a stick with which to beat Jews, regardless of their views about Israel.

The equation Jew  =  Zionist is a lie promoted by the state of Israel to boost its international support and so weaken the Palestinian cause. For supporters of Palestine to blame ‘Jewishness’ (rather than Western colonialism) for the oppression of Palestinians is a potentially damaging diversion from the real argument. Any significant spread of this viewpoint would give some credibility to the Zionists’ allegations of anti-Semitism in the Palestine solidarity movement, and so divide and discredit it. Proponents of such ideas pose as friends of Palestine while attacking and condemning Jews within the movement and those who work with them. Behind such views lies a sinister, far-right dimension exposed, for example, in these links:   “Israeli writer is Swedish anti-Semite” and  “Israel Shamir exposed! A fake or a plant?“

Those who equate Zionism with Jewishness do not belong in the movement. Their political home is elsewhere — among fellow racists.  In order to ensure that this is better understood among the whole community of activists and sympathizers with the Palestinian cause, we propose to produce a briefing document examining and exposing these destructive, anti-Semitic arguments.

The purpose of this message is to invite you and/or a representative of your organisation to join us at a meeting to discuss the content of such a document and how it could best be used. Please reply to the sender. This invitation is not intended for wider circulation.  The meeting is proposed for Saturday 18/6 at 3pm. Venue is Lucas Arms, 245a Gray’s Inn Road, London WC1