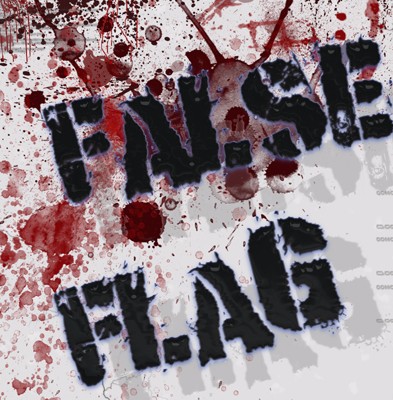 The world is quickly changing and too many Americans who consider themselves freedom loving patriots are silent.  All around the world, thousands are dying for freedom.  This is what our generation, those who grew up after World War 2, lived for, it is happening now in nation after nation and many Americans, many veterans are actually on the wrong side.

If I didn’t know better, I would think they were communists.

There are several fights for freedom right now, where Americans should be hitting the streets, demanding their government take a stand.  We took a stand in Libya against Gaddafi.  It divided us in strange ways with John McCain and Barak Obama on one side and Wall Street on the other.

There should have been a lesson there.  Anyone with eyes to see and a television set watched the people of Egypt throw off their Nazi dictatorship.

What did Egypt teach us?

We learned that Israel wasn’t afraid after all.  We learned they were tied to Mubarak and Gaddafi and the rest of the gang of Arab hucksters and puppets and had been playing games with the United States for years.

This is old news for real Americans, the ones who fought for civil rights, who fought for change, for workers rights, for clean air and water, for real freedoms.  False Flag terrorism has been used in American many times.

Every time a union would go on strike, police would come.  A paid informant from the factory owners would shoot a cop or throw a molotov cocktail and the killing would start.  Time after time, the Army, the National Guard or the American Legion were called in to crush freedom loving Americans.  It all started with a “false flag.”

Swastika’s on synagogues are now passe.  Whenever someone is caught, it is always a member of a Jewish defense organization.  They can’t keep it out of the news though they try.

9/11 was one of these as was 7/7 in Britain.  It has been proven beyond any doubt though no major paper will ever report it.  Fox News did.  Jesse Ventura did.  When they did, American veterans, the ones who play bingo, sat silently.  3000 Americans were murdered by their own government and millions of Americans did nothing.

We have always known about “false flag.”  Remember the McGovern election?  Remember the signs, “Faggots for McGovern,” or “Commies for McGovern?”  The Republican National Committee hired “rat f%$er” Donald Segretti, convicted Watergate conspirator to run what they called a “dirty tricks” campaign.

Last week, there was a trial in Britain.  Someone came forward and proved, totally and absolutely that the British government hired security personnel to hold a “drill” to test whether bombs could be found on subways (the underground) or buses.  In reality, the company the government hired used real bombs and killed 56 people.  The government tried to send the man who told the truth to prison.  A jury stopped them.  Britain has laws and decent people.  If it were America, he would have been found in a garbage dump with his head bashed in.

Who was John Wheeler?

This man, this veteran, was murdered, this prominent veteran was murdered and the bingo games continue.  Who was John Wheeler?  Ask around.

Begin the trail to American freedom.  It starts with 9/11.

We’re going back to discussing those Arab’s again and how they are supposed to matter to Americans.  When I went to school, I was taught that freedom and decency were American values and that honor and courage were gauged by our actions.

Innocent people are being shot down in the streets by murderous dictators.

Hundreds have died in Syria, thousands in Libya, more in Bahrain.

Bahrain, oh, we can’t talk about that.  America has bases there. The papers are saying the demonstrators are all Iranian secret agents or Al Qaeda ‘whatevers.’  I don’t believe in Al Qaeda, but, hell, what do I know.  I don’t even play bingo.

Gaddafi has been indicted and is now a wanted war criminal.  Assad in Syria is worse, and has killed more.

Another one, as bad as Assad, actually sent attack helicopters our last week to kill demonstrators, rocketing and strafing unarmed civilians.  We were there and filmed it. The war criminal responsible is Benjamin Netanyahu.  The helicopters were American Apache helicopters firing rockets and depleted uranium rounds into women and children on a peaceful march.  Snipers were firing into the crowds too, same as in Libya, the same snipers that got Gaddafi indicted as a war criminal.

Netanyahu is in Washington, not under arrest but meeting with bingo playing veterans groups.

This is why we are discussing “false flag” today.  It turns out that the false flag terror attacks in London, if you followed the link, were tied to Mr. Netanyahu.  A little study puts his name on the 3000 dead from 9/11 as well.

Now he is killing pro-democracy demonstrators, depending on support from American veterans and church goers who have forgotten about freedom and honor.

One of the reasons some back him is because, every time he snaps his fingers, almost magical terror attacks happen on command, “Palestinian terrorists” fire rockets or bomb school buses or churches or hospitals or whatever target seems best when reported in the newspapers.

Many still act as though they believe Benjamin Netanyahu and his magical Palestinian terror act.

Considering the threat Obama made against him this week, we can expect a hospital or school bus to explode on cue.  He has done it before.

In the interim, he and his very good friend Gaddafi will be killing.

Is a streak of honor, intelligence and decency awaiting you or more bingo?

Perhaps another false flag attack, this one on your town, may wake you up.