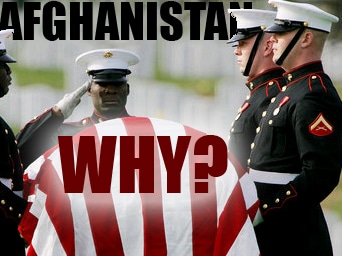 War is a waste so why do we celebrate it with parades, flags and glorious war stories when, in reality, they are fought by our youth who are but pawns in the hands of old men ~ seduced by power and greed ~ who are more than willing to waste our most precious resource on illegal wars, occupations and the on going maintenance of an out of control military/ industrial complex : Allen L Roland

“Every gun that is made, every warship launched, every rocket fired signifies, in the final sense, a theft from those who hunger and are not fed, those who are cold and not clothed. This world in arms is not spending money alone. It is spending the sweat of its laborers, the genius of its scientists, and the hopes of its children. This is not a way of life at all in any true sense. Under the cloud of threatening war, it is humanity hanging from a cross of iron.” Dwight D. Eisenhower

On this Memorial Day 2011, America is still enmeshed in a costly and illegal war and occupation of Iraq, rapidly increasing its military presence in illegally occupied Afghanistan and preparing for the possibility of war with Iran. Humanity is still hanging from that cross of iron and paying a heavy price for this ongoing folly.

The American War Wagon has not slowed down in 2011 but is accelerating ~ with little if any deep reflection on the true human and moral cost of this insanity.

On this Memorial Day 2011, much of the media will roll over backwards to glorify war and all the soldiers slaughtered in wars. Tributes to the dead are easy; the dead don’t talk back and if they did they would most certainly say ~ why?

To save your world you asked this man to die; Would this man, could he see you now, ask why ?: W. H. Auden: “Epitaph for an Unknown Soldier”

It’s from the poem “Dulce et decorum est” by the English poet Wilfred Owen, 1893 -1918, killed at the front a few days before the Armistice and nothing could be further from the truth.

” The media will continue, this weekend, to suppress the truth, which is that the war in Iraq is a massive foreign policy failure; Iraq is a failed state, an incredibly chaotic unstable mess where tens of thousands of Iraqis have died needlessly. Unworried Americans will say we can’t judge Iraq yet, we have to “wait and see,” because down the road, if oil rich Iraq becomes a (Western-style) democracy “it will all be worth it”. These are such easy words to utter, from the armchair experts on democracy for Muslims, so smug with remote controls in-hand. Yes, tell the loved ones of one million dead Iraqis that someday the deaths of their family members will all be worth it, as your own children scurry about safe and warm…

On Memorial Day we will blithely ignore the massive protest and hatred that our polices, occupations, torture and wrongful imprisonment have inspired in the Muslim and Arab world. Come to think of it, many Europeans, Latin Americans and Africans aren’t enthralled with our foreign policies either. But an empire can ignore the common sense of the global masses of people who oppose war, and we can easily choose not to try to understand root causes of anti-American sentiment. C’mon ­- America, it’s Memorial Day, tune that negative reality out and turn on your television for yet another glorious war hero story.”

We must now face the hard cold reality that War is an insurmountable human waste and an old recycled lie ~ not a cause for glorification and celebration ~ and then demand action from our political leaders to end this waste by no longer funding our foreign wars and occupations.

“War will exist until that distant day when the conscientious objector enjoys the same reputation and prestige that the warrior does today.”– John F. Kennedy

“The most important topic on earth: peace. What kind of peace do we seek? Not a Pax Americana enforced on the world by American weapons of war. Not the peace of the grave or the security of the slave. I am talking about genuine peace, the kind of peace that makes life on earth worth living, the kind that enables men and nations to grow and to hope and to build a better life for their children ~ not merely peace for Americans but peace for all men and women ~  not merely peace in our time but peace for all time.”-  John F. Kennedy, American University commencement address, Washington, 10 June 1963. (Four months later Kennedy was assassinated.)

Mohandas Gandhi said it best ~ ” What difference does it make to the dead, the orphans and the homeless, whether the mad destruction of war is wrought under the name of totalitarianism or in the holy name of liberty and democracy?”

As such, the greatest threat to world peace right now is the war mongers, such as the United States. Hermann Hesse put it bluntly ~ “The greatest threat to our world and its peace comes from those who want war, who prepare for it, and who, by holding out vague promises of future peace or by instilling fear of foreign aggression, try to make us accomplices to their plans”

About the Author:  Allen L Roland is a Freelance Alternative Press Online columnist and psychotherapist.  He is available for comments, interviews, speaking engagements and private consultations ( [email protected] ). Allen L Roland is a practicing psychotherapist, author and lecturer who also shares a daily political and social commentary on his weblog and website allenroland.com He also guest hosts a monthly national radio show TRUTHTALK on  www.conscioustalk.net