Home World Is This the Silliest Man on the Planet? 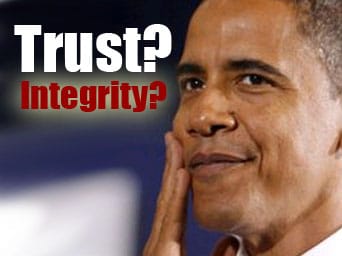 The Silliest and Second Silliest have Met – birds of a feather

Cameron has told his Zionist friends: “In me, you have a Prime Minister whose belief in Israel is indestructible… I want to be clear, we will always support Israel.” Could they be using the same Tel Aviv trained speechwriters? 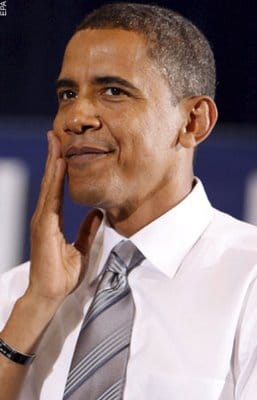 In the space of 45 minutes the US President showed, on 19 May at the White House, how he is rapidly earning a reputation for being the silliest man on the planet and the most untrustworthy.

He was laying out his vision for a new chapter in American diplomacy in the Middle East. In the process he came out with excruciating remarks that would deeply offend the intelligence of every man on the proverbial Clapham omnibus as well as those aboard a Gaza donkey-cart. Here’s a sample.

He extravagantly arms Israeli terrorism, subsidises the illegal occupation of Palestine and has recently stepped up the funding. He does nothing to reduce Israel’s huge arsenal of nuclear weapons, the only ones in the region.

Gaza is still under siege after 5 years. Ships carrying humanitarian cargoes to Gaza are murderously assaulted on the high seas by Obama’s friends. And since when were Palestinians in the West Bank able to trade freely, travel freely even within their own territory or feel the slightest bit secure?

The two are not compatible. Israel’s security spells insecurity for everyone else. If he hasn’t understood this he understands nothing.

Where did he get that idea?

Damn right they won’t. America’s democracy allows a foreign power – Israel – to dictate US policy and milk the US taxpayer. How pathetic is that?

Applause or hoots of laughter? Ask the Palestinians, brutally occupied and dispossessed for 63 years, what they think of that remark.

But not if you live in Gaza. As soon as Hamas was democratically elected in 2006 America slapped sanctions on the Palestinians as a collective punishment and encouraged Israel to tighten its blockade. Despite all the pious preaching, the US administration deliberately poisoned the Palestinians’ fledgling democracy and has done nothing to ensure that their universal rights are respected. Back home Americans are made to suffer if they voice criticism Israel.

In September the Palestinians are applying to the UN for their own state on their own official borders. How does that “isolate” Israel?

More and more Americans are asking: what shared history, what shared values? Why is America shielding from criticism a thieving, lawless entity regarded by most people as the biggest threat to world peace?

Wrong. The international community is under an obligation to act and enforce the rule of law and their own rulings set out in countless UN resolutions.

Wrong. The UN has already decided the core issues. They simply need implementing. Besides, nothing meaningful can be negotiated when one party has its military jackboot on the neck of the other. And just for a change, let’s have that mantra the other way round – “a secure Palestine, a viable Israel”.

He says every state has the right to self-defence, which means that Palestinians too must be able to defend themselves against any threat. The White House has its knickers in a hopeless twist trying to ignore the fundamental principle that the right of self-defense is universal.

First explain: on what borders should Israel be recognised? Does Israel recognise Palestine’s right to exist? Does the US? As Hamas rightly points out, recognising Israel on anything but pre-1967 borders legitimises the occupation and Israel’s continuing crimes against the Palestinian people.

Hooray! So we can all expect America to be four-square behind Palestine’s application for statehood.

In the speech Obama said pre-1967 borders should be the basis of peace, hardly an earth-shattering statement since that’s what international law says and what US presidents before him have said. But to fudge the issue he suggested land swaps, a clear invitation to the biggest hoodlum on the planet, Israeli prime minister Netanyahu,to help himself permanently to the large swathes of prime, strategic Palestinian territory the Zionist regime has already gobbled up. Consulted beforehand, Netanyahu demanded, unsuccessfully, that any reference to 1967 borders be removed from the President’s speech.

For decades the Israelis have played for time to create irreversible ‘facts on the ground’ that would help make the occupation permanent. They are still doing it. The settlements were built on stolen Palestinian territory in the fully knowledge that they would eventually have to be handed over if their bluff was called. The Jewish squatters will no doubt be given the choice of moving out or becoming Palestinian citizens. What could be fairer that that?

He complains that Israel’s 1967 borders make it only 9 miles wide at one point. Yes, well, the Gaza Strip is only 4 miles wide in places. Will the Palestinians be allowed to expand their borders for defence purposes?

Only in the mind of a hoodlum is giving back the loot you’ve stolen a “generous compromise”.

At the White House press conference after the Obama-Netanyahu meeting Obama said: “I believe that Prime Minister Netanyahu wants peace. I think he’s willing to take risks for peace… We discussed the issue of Gaza, and I commended Prime Minister Netanyahu on the progress that’s been made in allowing more goods into Gaza.  We’ve seen real progress on the ground.  I think it’s been acknowledged that it has moved more quickly and more effectively than many people anticipated…”

Since the worldwide outcry and international pledges following Israel’s Cast Lead blitzkrieg 28 months ago, does anyone else think progress has been speedy?

Finally, to underline his loyalty to the foreign power, Obama declared: “We strongly believe that, given its size, its history, the region that it’s in, and the threats that are leveled against us — against it, that Israel has unique security requirements… that’s why we remain unwavering in our commitment to Israel’s security.  And the United States will never ask Israel to take any steps that would undermine their security interests.”

So no worries for Obama about the threat posed by Israel, bristling with WMD and US weaponry and throwing a psychopathic fit every five minutes, to its regional neighbours and beyond.

He has just address AIPAC [the unbelievably powerful American Israel Public Affairs Committee, aka America’s pro-Israel lobby with the same sychophantic garbage and a few extra gems like this…

Lectures on assassination sound good coming from Obama. No mention of course of Israel’s basic responsibilities or the thousands of Palestinian prisoners rotting in Israeli jails.

He then went on to explain how his recommendation three days earlier for peace based on 1967 lines, which ruffled not a few Zionist feathers, didn’t mean that at all.

Can you imagine anything more calculated to create an endless impasse? It seems he’s pushing for another dragged-out peace process to buy Israel even more time to complete its Greater Israel expansion programme.

When a man is handed the most important job on the planet he’s expected to have integrity in abundance.

And when a man in public life has integrity he doesn’t allow outside individuals or organisations to influence him in the performance of his duties. He remains impartial and fearlessly upholds law and justice for all.

If the most powerful man on the planet lacks integrity he is likely to become the most dangerous. 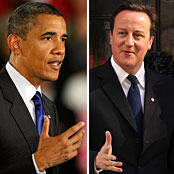 The second silliest man is here in the UK. And the silliest man arrives this week on a state visit. He brings with him an entourage of more than 500 including 200 security goons, an 8-ton armoured limo that’s equipped to turn itself into an impenetrable ‘panic room’ on run-flat tyres as soon as anyone throws a rotten tomato, and a fleet of other specialist vehicles.

Having recklessly authorised the assassination of Bin Laden, denied him due process and thrown his body into the sea he places all Londoners in peril of a revenge attack. I for one feel deeply insulted by the presumption that the silliest man on the planet is deemed so precious that he is allowed to massively disrupt the lives of more sensible people going about their normal business. And he’ll leave us taxpayers to pick up a huge security bill.

The silliest and second silliest are due to meet. They are birds of a feather. Cameron has told his Zionist friends: “In me, you have a Prime Minister whose belief in Israel is indestructible… I want to be clear, we will always support Israel.” Are they employing the same Tel Aviv trained speechwriters?

I wonder what unmitigated nonsense they will spout about the spread of democracy to the Middle East and the paramount importance of  maintaining Israel’s security at everyone else’s expense.

Is it too much to ask that actually do something honourable for once and agree to protect the latest Free Gaza humanitarian flotilla sailing next month?

In the meantime I’m pleased to hear that London’s mayor Boris Johnson plans to bill Obama for his embassy’s unpaid parking and inner-London congestion charges. “Maybe when President Obama’s hors d’oeuvre plate is whisked away he will find a bill for £5.5m,” Boris is reported as saying.