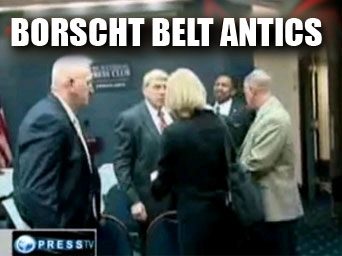 Several years ago, Steve Rosen, top Bush security advisor, had been arrested for spying for Israel.  Charges were mysteriously dropped, even though the nations most vital nuclear secrets had been handed over.  Blackmail was suspected involving Bush and male “overnight visitors” at the White House.  A few years before, “they” used Monica Lewinsky to go after Clinton, who reacted differently.  Bush surrendered to Israel.  Clinton held out and was impeached, an unsuccessful attempt by Israel to remove the most popular American president of our era.

Sources indicate that Dick Cheney’s problem was Chandra Levy.  She fell victim to a mysterious street crime.  “They” is AIPAC and half our government is attending “their” convention in Washington this week.  If that could be done to presidents, who could stand against them? 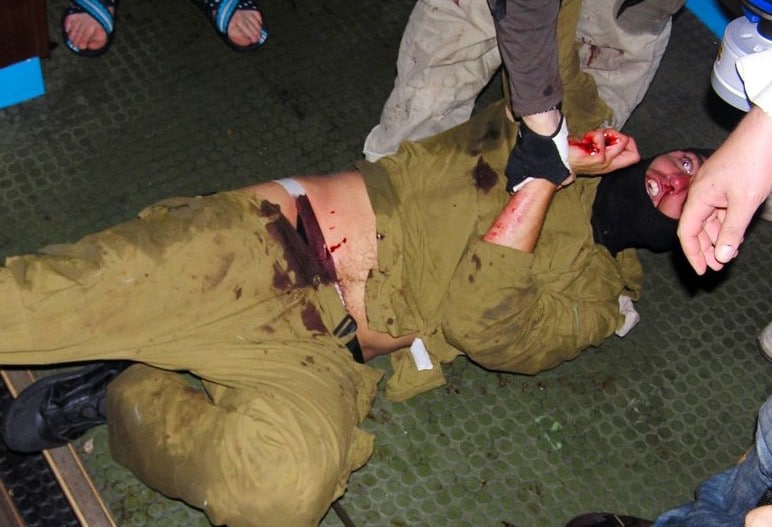 Israel had made lightning “strike twice.”  In truth, it has struck hundreds of times, enough to keep congress and most of Washington in a state of terror, fearful of offending Israel.  Ever see one of those lists of mysterious deaths, Washington insiders who are shot, blown up, beaten to death or simply disappear?

Rosen became poison, no decent employer would touch him anymore. Thus he went to work for AIPAC, an Israeli organization that claims to “lobby.”

Rosen, a funny, rather charming and quite independent guy, for an accused spy, was fired.  Charm and AIPAC don’t get along well.  AIPAC claimed they couldn’t have spies working for them, although he had been accused before they hired him.  AIPAC is famous for lying.  AIPAC is also famous for something else, spying.

Rosen sued.  His rationale?  “How can I be fired for spying when I was working for a spy organization.  They do nothing else, other than look at pornography on computers all day.”

AIPAC does far more than simply bribe congress and organize spies.  The greatest part of their spying operations is getting dirt on members of congress, the State Department, CIA, FBI and military.  With an army of “rent boys,” hotel maids and call girls on the payroll along with Chandra Levy and Monica Lewinsky types that sometimes end up dead, getting information can be very easy.  Watch a modern day “kapo” in action;

Phil Giraldi, formerly of the CIA, spent much of his life watching America’s national security undermined by traitors, some in the CIA, but more in congress and certain, almost all of the mainstream press with the exception of Helen Thomas.  The video above is good reason for Helen Thomas’ “meltdown” on camera.  AIPAC employs hundreds of violent and unstable types as seen in the video above, petty criminals, thugs and moral reprobates to ply their trade.  If one were to be brutally honest, AIPAC is a combination of Himmler’s GESTAPO with more than a touch of Barnum and Bailey.

Few understood Obama’s speech.  When he mentioned “September,” and how the world would be wasting its time condemning Israel, few Americans understood the reference.

What he meant, of course, is that the United Nations is scheduled to vote to condemn Israel as a criminal apartheid state.  Israel has been named such and voted by the United Nations as such dozens of times.  Each time the United States vetoes passage but Israel gets two votes only, their own and the American veto.

The real point, for those of us who served in the military, is the quality of the troops themselves.  We saw the films of the Israeli “commandos” that murdered unarmed civilians on the Mavi Marmara.  Former Marine and Veterans Today correspondent, Ken O’Keefe disarmed and captured 3 of them himself.

We can see the troops are very well equipped.  What those of us who have experience in this area notice, however, is that they are poorly trained, and by American standards, unfit.  These are weaklings, part of an army that has not seen real combat for 30 years except for an unsuccessful foray against Hizbollah.  Israel is protected by a third rate military grown dependent on the “overkill” of advanced American technology which they use, quite generously, on unarmed civilians on a daily basis.

Last week, O’Keefe and his film crew were with peaceful demonstrators inside Gaza.  They were fired upon by Israeli snipers shooting from the cover of concrete towers across the border.  The week before, Colonel Gaddafi was charged with war crimes at the International Tribunal for Justice at the Hague for the exact same thing.  Check out the live combat footage including an American donated Apache helicopter firing Depleted Uranium munitions into civilian demonstrators.

Reports from Israel indicated that the group in the video above were armed, had missiles and rocket launchers and were in uniform.  Israel listed this incident, officially, as a massive terror attack.