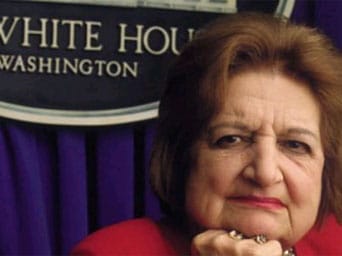 Setting the Record Straight on Helen Thomas and Move Over AIPAC

I had not been planning to write about the controversy inside the Move Over AIPAC coalition that occurred awhile ago, but I’ve discovered that an inaccurate statement was published by Mondoweiss about this.  I’m surprised this statement was sent to Weiss, since most people had sought to keep this discussion only within the coalition itself. However, now that this has become public, it seems important to set the record straight:

Awhile ago Move Over AIPAC organizers issued a press release, which they didn’t send to the coalition but which was published by a number of Israeli and pro-Israel publications.

“Helen Thomas was invited to speak, as a journalist who is fearless about questioning power and unnecessary wars, but because some of her comments have sparked controversy, several members of the coalition and our grassroots community had concerns about her appearance.”
As a member of two coalition organizations, I was extremely concerned about this. I felt it was important that Helen not be pushed out of our conference as she had been pushed out of numerous other speaking engagements by the ADL and Israel partisans, and I tried to contact the organizers about the situation by phone and email.

Unfortunately, I received no response.

I then contacted some other coalition members, endorsers, and panelists, who looked into the situation more.

James Abourezk wrote an article containing information on this.

We also learned that Jewish Voice for Peace had objected to Thomas. We were unable to discover who else (if anyone) objected.

It seemed extremely inappropriate to us that in a coalition of about 100 groups, only one or two had been involved in an important discussion about a prominent speaker.

While JVP has often done excellent work and many of its members are exemplary human rights defenders, the organization also, by its own admission, includes members who support Israel’s right to discriminate. Jeffrey Blankfort has occasionally written about this.

It’s perhaps indicative that JVP’s media monitoring website had carried an article that, while it criticized the media’s handling of Thomas, stated: “It’s impossible to defend Grande Dame of White House journalists Helen Thomas’ recent off the cuff statement …. It was deeply offensive and wrong.”

My article on Thomas provided an entirely different perspective, as did that by Ralph Nader.

A number of prominent endorsers and panelists, among these James Abourezsk, Paul Findley, Hatem Bazian (founder of American Muslims for Palestine), Hedy Epstein, Hassan Fouda, and a number of others (there were eventually about 20 signatories) sent a statement to coalition members saying: 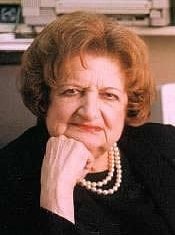 We are deeply concerned that Helen Thomas has said that she was pressured into withdrawing from speaking at the upcoming Move Over AIPAC conference. This was apparently done at the behest of two anonymous groups, one of which threatened to leave the conference if Helen spoke at the event. It appears that none of the other close to 100 groups endorsing the conference were part of this discussion. Since the Lobby prefers to work in darkness, the objecting parties should not be allowed to remain invisible.  Granting them anonymity enables exactly what we oppose.

We are appalled that conference organizers caved to pressure to remove Thomas from the agenda and we call on them to reconsider this decision.

The ADL and associated organizations and individuals have pushed Helen out of numerous previously scheduled lectures, pressured organizations to rename or dissolve journalistic scholarships in her name, and have otherwise committed a sustained assault on one of the nation’s only top journalists willing to oppose the Israel Lobby. Please see the recent CounterPunch article on Helen Thomas by James Abourezk and the article last year by Ralph Nader denouncing the smears and bigotry of anti-Semitism against Arab American, Helen Thomas, that led to the dictated firing of this legendary journalistic pioneer.

We will not stand by and allow this to be done at a conference we are endorsing and whose stated goal is to oppose this very lobby.

We call on Move Over AIPAC to affirm the invitation to Helen Thomas to speak at the upcoming event. As a veteran White House correspondent, Helen has had many years to observe the workings of the Lobby from the inside and can undoubtedly make uniquely salient contributions to the event.

We invite all conference endorsers of commitment and principle who refuse to see Helen Thomas silenced once again – this time by a project of which we are a part – to join us.

I am pleased that the organizers then re-invited Helen Thomas to speak. I am not surprised that she declined to do so.

Now most of us are moving forward as positively as possible. I am pleased that a number of excellent op-eds relating to the conference have been successfully placed (including by the Washington Report‘s Janet McMahon and by Hedy Epstein), and that the event will most likely be a success.

Nevertheless, the fact that one or two individuals/organizations played a major behind-the-scenes  role in the unfortunate episode with Helen Thomas (and probably continue to do so on other aspects) is disturbing.

Once again, very few Palestinian organizations – who probably have the valid worry that they are being used as tokens – are taking part. Even those who have publicly remained as endorsers have withdrawn their active participation.

I am looking forward to a future conference and a movement in which this type of thing doesn’t occur; in which groups with partial commitment do not call the shots, and in which the full diversity of this movement for justice is integrally represented. I feel that time is coming.