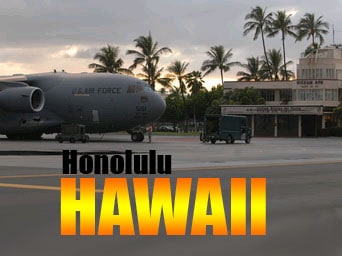 WASHINGTON – For 25 years, military Veterans age 55 and older have come to the National Veterans Golden Age Games to compete and demonstrate the warrior spirit never fades. This year, the competition will be held in Honolulu, Hawaii, May 26 – 31. More than 900 Veterans from across the country will compete in 14 different categories for medals.

“I can’t think of a more suitable location than Honolulu to hold an event like this that celebrates the accomplishments of our military heroes,” said Secretary of Veterans Affairs (VA) Eric K. Shinseki.  “The National Veterans Golden Age Games encourages older Veterans to continue leading active and rewarding lives, and serves as an example for all Americans that age doesn’t have to slow you down.”

Shinseki will be on hand Thursday, May 26, to give brief remarks during opening ceremonies.

The Golden Age Games is the world’s largest sports and recreational competition for senior Veterans.  Through a partnership with the National Senior Games Association, a member of the U.S. Olympic Committee, the games also serve as a qualifier for the National Senior Games held every other year. It is co-sponsored by VA, Help Hospitalized Veterans (HHV) and the Veterans Canteen Service (VCS).  This year’s event is hosted by the VA Pacific Islands Health Care System.

The Golden Age Games are open to all U.S. military Veterans age 55 or older who receive care at a VA medical facility.  The Games give participants the opportunity to compete in ambulatory, visually-impaired and wheelchair divisions, according to their ages.  Events include: air rifle, dominoes, table tennis, bicycling, nine-ball, golf, bowling, swimming, checkers, horseshoes, shuffleboard, croquet, discus and shot put.

“The Games demonstrate the true spirit of an athlete’s competitive determination and passion that reflects their competitive drive and resolve to accept challenges and accomplish the mission,” said Marilyn Iverson, the VCS Director.  “These same qualities were evident when these Veterans served our nation.”

“HHV is extremely proud to continue its support of this outstanding therapeutic recreation and social event for Veterans 55 and older,” said Mike Lynch, president and CEO of HHV. “VA’s use of cutting edge sports and rehabilitation are making a huge difference in the lives of Veterans who participate.  Through the efforts of VA’s superb staff and hundreds of volunteers, Veteran’s lives are being touched in dramatic ways.”

For more information on the Golden Age Games, visit the games Web site at www.veteransgoldenagegames.va.gov, or call Tonya Lobbestael, acting public affairs coordinator for the National Veterans Golden Age Games, at (843) 789-7699 or (843) 709-3661.