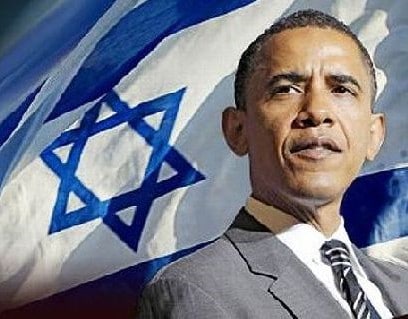 Indeed, U.S. foreign policy has only sustained Israel’s ability not to resolve the conflict.

Israel is not so much a small nation as a military giant. Obama knows that because it is the U.S. that has done the most to make Israel flagrantly oversized in this regard. In doing so Washington allowed Israel to become the bully that dominates the neighborhood. 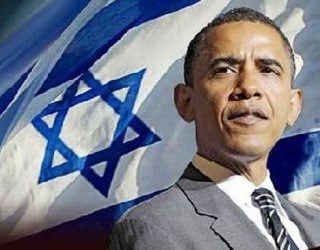 President Obama addressed the Zionist lobby AIPAC on 22 May 2011, just four days after his major televised 19 May address on the Middle East. In that earlier speech he paid attention to the popular uprisings going on in the region and placed himself, at least rhetorically, on the side of those seeking democratic reform. But then, in typical diplomatic fashion, he gave no indication that his administration would do anything forceful to prevent the current violent suppression of democratic protesters in those places where, we might assume, the U.S. has influence, like Bahrain, Jordan and Saudi Arabia and Yemen.

The speech to AIPAC was of a similar nature. In the earlier talk the president also said that the 1967 border was an appropriate starting point for Israeli-Palestinian negotiations. Within the pro-Israeli environment of American domestic politics, many Zionists took offense. So, the speech on the 22 of May was diplomatically required to reassure them of the toothless nature of the original assertion.

There was something wearying about the President’s speech to AIPAC. The first half of it was all about how we are so solidly committed to Israel that whatever they do we will never abandon them. It was all about how we are going to go right on arming them so that, in effect, they will continue to have no incentive to negotiate justly with the Palestinians. In other words, the first half of the speech was all about why the Israelis and their supporters need pay no attention to the 1967 borders.

The president also peppered the talk with statements that, I am sorry to say, sound utterly wrong to anyone with an objective sense of the present situation. Here are just a couple of examples:

1. “We also know how difficult that search for security can be, especially for a small nation like Israel in a tough neighborhood.” Israel is not so much a small nation as a military giant. Obama knows that because it is the U.S. that has done the most to make Israel flagrantly oversized in this regard. In doing so Washington allowed Israel to become the bully that dominates the neighborhood. In other words, the president, as almost all of his modern predecessors before him, was reversing the facts for the sake of domestic political advantage.

2. “No country can be expected to negotiate with a terrorist organization sworn to its destruction.” This reference was, of course, to Hamas. To call Hamas a “terrorist organization” is considerably out of date. Actually, it would be more fitting to assign the epithet to the Israeli government. That purveyor of state terrorism has brought sudden death to much larger numbers of innocent people than Hamas. And, using Obama’s logic, one might argue that Hamas should not be expected to negotiate with Israel, because Israel adamantly refuses to recognize it as the legitimately elected government of Palestine (which it is) and is “sworn to its destruction.” Further, as Palestine’s legally elected government, Hamas too has a right to defend itself against predatory neighbors.

3. “America’s commitment to Israel also flows from a deeper place–and that is the values we share.” There is something really embarrassing, actually downright humiliating, about the first African American president of the United States saying this about a prima facie racist state like Israel. Our two countries do not share any important values. This can be seen clearly in the fact that, when it comes to societal goals, the two lands are moving in starkly opposite directions. At least since the end of the Civil Rights Movement of the 1960s the United States has moved in the direction of greater and greater inclusiveness. This movement has not always been smooth and consistent. However, today President Obama himself stands as living proof that inclusiveness is the direction American society has consciously set for itself. Not so Israel. Here it is the opposite–exclusiveness is the goal. If you are not Jewish, the goal of Israeli society is to render you a second class citizen and, eventually, expel you altogether. In terms of democracy, this makes Israel as democratic as, say, Alabama circa 1950. As a nation, the United States has left that era behind. So tell me, where are the shared values?

President Obama sought to avoid “idealism or naivete.” He claimed to be approaching the Israel-Palestine problem in a “hard-headed” manner. Let me do the same. The American domestic political dance done obsessively by all recent presidents has never resulted in anything positive on the ground in Israel-Palestine. Indeed, U.S. foreign policy has only sustained Israel’s ability not to resolve the conflict. As a consequence of this Washington has rendered itself largely irrelevant to any final just resolution of this contest. Take the issue of the 1967 border which is the center of the present political flap in the U.S. It has significance only if you assume that there will be a viable two state solution. However, long ago Israel has demonstrated that this will never happen. That was what Netanyahu was trying to tell Obama over the last few days. Most Palestinians and their worldwide supporters know this quite well. However, what neither Obama nor Netanyahu will admit is that the probable future of the Israel-Palestine conflict lies along a path that parallels the one taken by apartheid South Africa. In other words, the fate of Israel-Palestine is no longer in the hands of the Israelis and the Palestinians alone. The entire conflict has been internationalized. There is a quickly growing world-wide Boycott, Divestment and Sanctions movement that has joined the fray and its actions will, in the end, be more significant in resolving this struggle than those of any American President.

Weariness and boredom set in when you listen to people repeat themselves endlessly. Within the democratic political realm, that is the obsessive spell lobbies can cast on politicians. It is a design flaw, if you will, in the democratic system. The lobbies act like jealous gods who need to hear the prayers of their devotees said again and again. I am loyal, I am yours, forever, forever. Deviation means blasphemy and blasphemy means that the gods will bestow their cash blessings on someone else come the next election cycle.

It is weariness and boredom, a pronounced ennui, that one experiences when presidents go AIPACing. It would be better if they just sent an e-mail.

Lawrence Davidson is professor of history at West Chester University in West Chester PA. His academic work is focused on the history of American foreign relations with the Middle East. He also teaches courses in the history of science and modern European intellectual history.