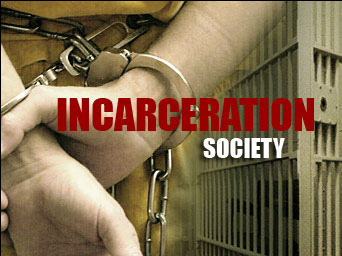 Monday’s Supreme Court decision ordering California to reduce its overcrowded prisons by 30,000 inmates is as welcome as a ray of sunlight streaming through prison bars. State officials have known for decades of the horrific, if not criminal, neglect of prisoners. Five years ago, then Governor Arnold Schwarzenegger called their plight an “emergency.” Some “emergency!” Justice Anthony Kennedy, writing for the majority in a 5-to-4 ruling, may have been swayed by photographs of inmates jammed into “telephone booth-sized cages without toilets”—conditions so dreadful that a lower court that earlier heard the case found it to be “an uncontested fact” that “an inmate in one of California’s prisons needlessly dies every six or seven days due to constitutional deficiencies.” This, according to The New York Times, which supported the court’s ruling in an editorial.

It’s just another day in the Incarceration Society. In California alone, 33 adult jails warehouse 143,000 inmates. The U.S. has the dubious distinction of ranking first in prison population, ahead of all other nations with 2.3-million convicts behind bars. USA has more mentally ill in its jails where they are not getting proper treatment than in its asylums, where they might be restored to health. As in California, everywhere one sees States slashing funds for the rehabilitation of prisoners—whether it’s for their education, mental health, retraining, drug counseling, job search, or eventual readmission into society. Prisons make inmates worse by tossing ever more of them into isolation cells where, if they were not mentally distressed before incarceration, they almost surely will be driven mad during it. It was in this way that President Obama allowed Bradley Manning to be abused for nearly a year in solitary over the findings and advice of Army psychiatrists.

We have prisoners given stiff sentences mandated by laws. Judges often are not free to use their discretion. As the Los Angeles Times reported: “More than 40,000 prisoners, about one in four, are serving extended sentences for second and third offenses that are punished more severely under the three-strikes law than the crimes would warrant as a first offense, according to state corrections records.” The article also quotes professor Laurie Levenson, of Loyola Law School, Los Angeles, a former federal prosecutor and veteran criminal law scholar, who linked the high recidivism rate with past cuts in funding for prison rehabilitation and education programs. She said this is a formula for even worse crowding. “We have to stop the insanity of sending nonviolent drug offenders and low-level theft offenders to prison for life,” Levenson said. “Nobody is saying we should let murderers out…. We have to stop the revolving door of parolees being returned for minor violations.”

Unfortunately, what the Supreme Court found in California could also apply to many other states, including Illinois, Alabama and Massachusetts. Justice Kennedy, the Times said in an editorial, affirmed that “overcrowding is the ‘primary cause’ of severe and unlawful mistreatment of prisoners through grossly inadequate provision of medical and mental health care” leading to “needless suffering and death.” And that’s happening all over.

Let’s get is straight. Our criminal justice system overwhelmingly reflects the views of the privileged as against the poor. It is class war, pure and simple. The Los Angeles Times quotes Michael Romano of Stamford Law School as saying some inmates are serving life sentences for stealing a $2 pair of socks or $20 work gloves. Yet President George W. Bush who ordered illegal wars against Afghanistan and Iraq was photographed the other day enjoying a baseball game. The reason minority parents are so militant battling school superintendents is because they know without a decent education and a decent chance to earn their sons will wind up behind bars. The time I visited the New Jersey state prison at Rahway so many men were walking around with books under their arms I thought I was back in high school during class break. If only, one thought, these men had been properly educated before! On May 24th the New Jersey Supreme Court ruled that New Jersey Gov. Chris Christie’s cost-cutting was unconstitutional “and ordered lawmakers to raise spending for poor, urban schools by $500-million next year,” according to The Times. Justice Jaynee LaVecchia said the State “made a conscious and calculated decision” to renege on its pledge to do better for urban residents. So the system goes on recreating the conditions that will lead to poverty and crime.

In America today, “justice” doesn’t exist for those at the top. President Obama has refused to exercise his obligation to bring charges against his predecessor president, vice-president and scores of other ranking Bush officials who broke the law. Nor has Mr. Obama, a former CIA payroller and exponent of the CIA’s imperialist philosophy, moved against CIA officials who kidnapped, tortured and murdered innocent prisoners and who then destroyed the evidence of their crimes. If you want a glimpse into the soul of a nation, visit one of its prisons. California is no exception. It’s typical. If you want to see who really runs a country, look for those who are above prosecution.

ABOUT THE AUTHOR:  Sherwood Ross is a Coral Gables, Fla.-based public relations consultant who also writes on political affairs. Reach him at [email protected]