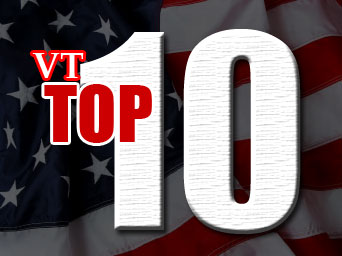 From The White House

Last year I asked the public to help identify outstanding Americans I should consider for the Citizens Medal, the nation’s second-highest civilian honor. After receiving more than 6,000 nominations, I invited 13 outstanding Americans to the White House to receive the medal and be recognized for their service.

It’s time to do it again.

Like last year, we’re looking for Americans who have performed exemplary deeds of service outside of their regular jobs and provided inspiration for others to serve. You can view the full criteria and get started on a nomination here:

Now I know there are thousands of citizens out there who meet these criteria — I read their letters every night, and I meet many of them in my travels around the country.  I also know that many times their contributions go unrecognized.  The 2011 Citizens Medal is a chance to recognize the everyday heroes in your community.

Here are a few examples of Citizens Medal recipients from last year.

Betty Kwan Chinn was homeless as a child in China and became mute. When she came to America, Betty found her voice and her calling. Today, she provides meals to the homeless in her community twice a day as expressions of gratitude to a welcoming nation.

Susan Retik Ger is a widow who lost her husband on 9/11 who found cause in educating and training Afghan widows and their children.

George Weiss, Jr. is veteran of World War II who founded the Fort Snelling Memorial Rifle Squad, a group of over 125 volunteers who have performed final military honors at over 55,000 veterans’ funerals.

Their stories are powerful reminders of the impact an individual can have on his or her community and on the world. You can watch them tell their stories in a video gallery on WhiteHouse.gov:

If you know someone like Betty, Susan or George, please take a moment to nominate them for the 2011 Citizens Medal before May 30.