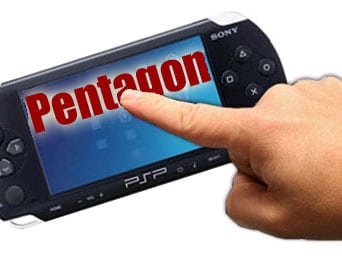 WASHINGTON – A handheld device that would give new intelligence, surveillance and reconnaissance capabilities to warfighters and an airframe equipped with “plug and play” sensors are among new technologies being tested during U.S. Joint Forces Command’s Empire Challenge 2011 demonstration.

The demonstration kicked off May 23 and continues through June 3, bringing together more than 2,000 participants worldwide in a live, joint and coalition ISR interoperability demonstration, John Kittle, Empire Challenge project manager, told reporters yesterday.

The annual exercise showcases emerging technologies and provides lessons learned to improve intelligence collection and analysis and test better ways to get it out to warfighters who need it.

The demonstration’s three priority objectives focus on interoperability between the services’ distributed common ground systems and between U.S. and coalition partners, and in incorporating new and emerging sensors, Kittle explained.

Participants from the United States, Australia, Canada, Denmark, Finland, France, Netherlands, Sweden, the United Kingdom and NATO are working together on those objectives during Empire Challenge. Almost half of them are on the ground at Fort Huachuca, Ariz., where teams from the United States, United Kingdom, Canada and Australia are operating alongside other multinational partners among mountains, canyons and vegetation that closely resemble conditions in Afghanistan.

The activities and scenarios are ramping up, Kittle said. “We are fully functional with all of our networks and all of our systems,” he added. “Lots of aircraft are flying, lots of ground sensors are working, lots of aerostats are out here collecting all of that information that we are hoping to share among our partners.”

As “blue” and “opposing” forces on the ground conduct scenarios based on case studies directly out of Afghanistan, they’re supported by a broad range of ground and airborne intelligence-gathering platforms.

Throughout the demonstration, the participants will test more than 30 capabilities with a focus on improving multinational interoperability and data sharing.

Among them is the Army’s new “Relevant ISR to the Edge” or RITE, system. This handheld device is equipped with various applications designed to bring intelligence directly to troops at the brigade combat team level and below.

“This is what that program is really trying to get at: getting tactically relevant information to a soldier at the leading edge in a hand-held device,” Kittle said.

Another promising new technology is based on a commercial “Firebird” airframe that can operate either as an unmanned drone or a piloted aircraft. What’s particularly exciting, Kittle said, is its system architecture that enables users to switch out different sensors or combinations of highly capable sensors in as little as 20 minutes.

While putting these and other technologies to the test under realistic conditions, McDonald said a major objective of Empire Challenge will be to ensure capabilities live up to their promises.

“There’s nothing like a capability arriving in theater that says it will do A, B and C; however, in the field they realize it does A and B, but C it doesn’t do at all,” he said. “We don’t want to leave young soldiers in the field trying to figure out how to make things work. We need to deliver capabilities that do what they say they do.”

As the training tempo picks up at Fort Huachuca, live operations also are taking place at Camp Lejeune, N.C. There, the Army Research Lab and participating riverine assets will test the use of a networked sensor array deployed in a maritime littoral environment to support maritime surveillance, targeting, counterdrug and counterpiracy operations.

Additionally, computer modeling and simulation and analysis is under way at Joint Forces Command’s Joint Intelligence Lab in Suffolk, Va.; the Combined Air Operations Center-Experimental at Langley Air Force Base, Va.; each service’s distributed common ground or surface system laboratories; and coalition sites in Canada and the United Kingdom.

Intelligence collected at Fort Huachuca or generated through computer modeling and simulation is fed to analysts at participating sites, who turn it around as quickly as possible.

Several days into the demonstration, Kittle reported he’s seeing promising signs that Empire Challenge is promoting data-sharing among coalition partners and ensuring new technologies are designed with interoperability in mind.

“As things start to be developed and integrated into the military services, we try to ensure that the information they produce is interoperable with all those other systems and that those systems can mature and hopefully be fielded in the short amount of time,” he said.