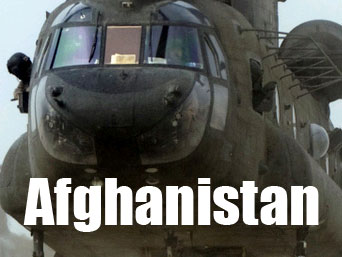 The leader commanded 30 to 40 fighters in the Khost and Gardez districts who were involved in anti-government operations along the main road between the province’s Sperah and Nadir Shah Kot districts.

In other operations yesterday:

— In Khost province’s Manduzai district, a combined force detained a suspected insurgent during an operation to target a Haqqani network leader involved in roadside-bomb manufacturing and attacks against Afghan government establishments and the Afghan army.

In other recent operations:

— In Helmand province’s Sangin district, a combined patrol found 220 pounds of opium May 23 and 24. The drug cache would have a street value of $500,000 once exported, officials said. The force transferred a man who had anacetic anahydride — a precursor for producing heroin — to the custody of Afghan forces for questioning.