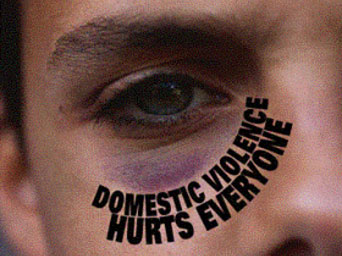 In early October of last year a team from Operation Firing For Effect (OFFE) traveled to Key West Florida to assist Retired U.S. Army veteran Ernest Pridemore in his divorce hearing. Unable to locate an attorney willing to fight to protect his veteran’s benefits, Pridemore was forced to represent himself. The OFFE team was there to help him prepare his case in an effort to protect his veteran’s disability compensation from being used as a divisible asset in his divorce.

Protection of veteran’s disability benefits in divorce cases has become a hot topic over the past few years. Many divorce court judges wrongfully calculate veteran’s disability compensation as ‘income’ and award alimony and support based on this veterans benefit. Federal law prohibits such attachment under any legal process whatsoever, however most state judges ignore this Federal protection and abuse these benefits in their rulings. This has resulted in great hardship among our disabled veterans and created situations where the disabled and ill veteran can no longer afford to care for themselves. In many of these cases the veteran becomes homeless and even suicidal.

The primary objective of the OFFE team was to provide documentation and testimony concerning the protection of veteran’s disability compensation as stipulated by USC, Title 38. However, statements made by the opposing attorney in open court alerted the OFFE team to an entirely different aspect to the issue.

Attorney David L. Manz of Marathon, Florida represented Mrs. Pridemore. At one point during the 3 day hearing Mr. Manz complained to the judge that he and his client were intimidated by the military uniforms in the court room. At another point in the hearing, in support of a restraining order which had been placed on Mr. Pridemore by Mrs. Pridemore, Manz implied that all military veterans were subject to spousal abuse and domestic violence by virtue of their military training, which aggressively teaches them to kill and destroy. Civil Court Judge Mark Jones did not strike Manz’s statement and it was allowed into the hearing transcript.

This anti-military statement by attorney Manz is apparently nothing new in such cases. OFFE has received dozens of complaints from active duty personnel and veterans.  Every day in courtrooms nationwide military veterans and active duty personnel are having their service in the United States Armed Forces used against them in legal proceedings. OFFE is monitoring several cases where this underhanded tactic has been successfully used in divorce settlements and child custody cases. Veterans and military personnel are losing custody and parental rights based on Post Traumatic Stress Disorder (PTSD) ratings and overseas deployment obligations.

The twisted logic behind these unjust court rulings is; a PTSD diagnosis implies emotional instability and irrational behavior, and an extended tour of duty overseas indicates a lack of contact and involvement with one’s child or children. Both of these strategies are being used against military persons from winning custody or even visitation with their child or children. In fact, in a few cases where a parent ‘voluntarily’ and ‘willingly’ joined the military after the birth of a child, they are being accused of intentional abandonment. All of these factors can be used against veterans and military personnel (male or female) who are going through a divorce and who are seeking custody of their child or children.

Divorce court judges are even awarding alimony and support based on the possibility that a veteran will receive disability compensation in the future. In other words, before a disabled veteran receives a disability rating and compensation, their ex-spouse has been awarded half of this money. This strategy used by divorce attorneys reaches an all time low and only proves that divorce lawyers will sink to any despicable level to win a case for their client. After all, the more money they win for their client, the more money their client will have to pay them with. Attorneys have a vested interest in attacking a person’s military service and disability benefits.

This issue is at the heart of a Rally taking place at the Texas State Capitol in Austin on July 5th of this year. The Rally “Operation Protect Our Veterans and Their Children” is supported by OFFE and is spearheaded by rally coordinator Julie Harris. Mrs. Harris is an OFFE Director of Operations for the state of Texas. For more information on the Texas Rally, contact Julie Harris at; [email protected],com, or call Gene Simes at (585)986-7322. Remember; If you do nothing you can expect nothing to change