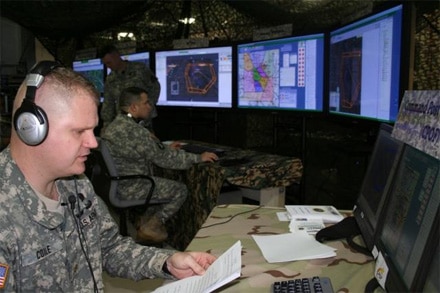 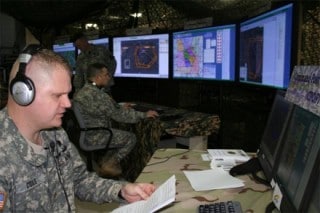 WASHINGTON, June 3, 2011 – Recognizing the huge national security implications of compromised U.S. computer networks, a senior Pentagon official said the Defense Department is working hand in hand with the Department of Homeland Security and others to shore up vulnerabilities against an increasingly sophisticated threat.

“Our focus is to ensure we can operate effectively in cyberspace, especially in areas of command and control” and other network-centric operations, Robert J. Butler, deputy assistant secretary of defense for cyber policy, told a Center for a New American Security forum yesterday.

This can have severe implications across the board, including on the U.S. military, which depends on cyberspace to operate its communications, weapons, logistics and navigation systems. In a worst-case scenario, Lord noted, cyber attacks could disable critical equipment and even turn it against its users.

The Defense Department stood up U.S. Cyber Command under U.S. Strategic Command to focus directly on the challenges as well as opportunities in what DOD now recognizes as a fifth domain of warfare. The military services have aligned their capabilities as well, with 24th Air Force, U.S. Fleet Cyber Command, Marine Forces Cyber Command and Army Cyber Command/2nd Army all leading their respective services’ efforts.

Butler cited a memorandum of understanding signed last fall that enables the Defense Department and Department of Homeland Security to better share information, expertise and capabilities.

The plan retains Homeland Security’s lead responsibility for protecting the U.S. government’s civilian networks and critical infrastructure. The Defense Department is responsible for protecting some 15,000 military networks in the so-called “dot-mil” domain. Under the agreement, the two agencies will collaborate to better safeguard cyberspace against state as well as nonstate actors.

Butler said this sharing arrangement will expand as Cyber Command grows and matures. He said he envisions more personnel-sharing between the two departments, and more collocating of employees to they can better conduct planning and share talents.

Rand Beers, undersecretary of Homeland Security’s national protection and programs directorate, said his department, a relative newcomer to the cyber arena, gains tremendously through the whole-of-government approach to cyberspace, particularly its partnership with DOD.

“The bottom line is we couldn’t do it without DOD because it is a team effort,” he said.

A recent cyber attack on a network at Lockheed Martin Corp., a major U.S. defense contractor, had only a minimal impact, Butler said. The FBI is leading the investigation into the incident, which reportedly occurred May 2.

Your LIFE: My baby had open heart surgery three times; Kerry Card, 27, thought her pregnancy was going smoothly – until the doctors gave her devastating news..(Features)

The Mirror (London, England) March 29, 2008 Byline: KATY WEITZ ‘THE nurses pushed aside the tangle of tubes and wires surrounding my tiny son Tristan, and carefully placed him in my arms for a cuddle. see here open heart surgery

I clung on. Praying that short moment of joy could last for ever. But all too soon I had to put him down and face the fear that I would never see or hold him alive again.

At only five days old, he was going for open heart surgery and I knew the chances of him surviving were just one in four. I was terrified as they prepared to take him down to theatre.

Just before they wheeled him away, I touched his tiny hand and whispered: “Please fight for Mummy, son. I love you so much.” My partner Ricardo, 41, and I had never imagined being in such a terrible position when I got pregnant with my third baby. Having Sophie, now 10, and Tyrone, two, had been fine but with Tristan the doctors found problems at my 20-week scan.

I’d stared at the screen in disbelief as the doctor pointed to where my little boy’s heart should have been. Instead there was just a fuzzy black blob – only half of it was visible.

We’d been hoping to find out the baby’s sex but instead they explained I’d have to be tested properly in Leeds General Infirmary.

Two weeks later, we were given the formal diagnosis – he had hypoplastic left heart syndrome (HLHS), meaning our little boy only had half a heart.

I listened as the doctor outlined the facts. “Your baby’s chances aren’t good,” he said. “Without a lot of open heart surgery in his first weeks of life he will die. Or you can terminate the pregnancy.” Termination was not an option and every day after that it was a relief to feel him kicking inside me. “Come on, little fighter!” I’d whisper. “You can do it.” I nearly went into labour at 36 weeks – which would have been fatal to my unborn child – and was rushed into hospital in Scunthorpe.

From there, I was moved to St Thomas’s Hospital in London, which has facilities for babies with HLHS. There, I was given steroid injections to help my son’s lungs prepare for a planned caesarean on June 25, 2007.

It was the longest two weeks of my life – just lying there, away from home.

Meanwhile, doctors discovered that my baby’s liver had also pushed its way up into his chest through his diaphragm.

He was given a 25 per cent chance of survival when he was induced and was rushed to intensive care.

Ricardo chased after him as I lay, exhausted and weeping, on the bed. I felt so helpless. A few minutes later, Ricardo came in with a huge smile. “He’s OK!” he shouted.

Five days later, we had to sign the consent forms for open heart surgery – part of series of treatments called the Norwood procedure, designed for babies with HLHS.

We wanted to go ahead with the operation but couldn’t help feeling we were signing death warrant.

So, before he went down to surgery, hospital pastor came and baptised him. Five hours later and the doctors emerged wearing enormous grins and said the operation had been a success. The feeling of relief was overwhelming but that wasn’t the end. Five days later the oxygen in his blood dropped dangerously and the doctors were forced to operate at his bedside immediately. website open heart surgery

That day is a blur to me now. They stabilised him and three hours later we were allowed to go back in the room and there he was, still fighting.

But then it happened again and the doctors said Tristan would need to be opened up for a second time to have his shunt – the tube that circulated the blood round his heart – made shorter.

We said goodbye to him again but this time we were numb – we couldn’t even talk to each other for fear of choking on our words.

But he made it. The worst was over and finally, our son started to make great leaps forward. The tubes and machines came away, his scars started to heal and we knew we were on the homeward stretch.

It had been a hard two months on the whole family. The other kids had stayed up in Scunthorpe with my family.

Fortunately, Sophie was old enough to understand but it was hard on Tyrone, who hadn’t seen me for months.

We were transferred back to Scunthorpe and, six weeks later, Tristan was finally well enough to go home.

But five months later he had to have another open-heart operation – stage 2 of the Norwood procedure. It felt like we had just got back to normality then we had to go through it all again.

He was in hospital for a month with yet more complications but, finally, we got him home for good and I was ecstatic.

Since then it’s been wonderful to be with the whole family – Tristan is such a smiling, happy chap, he inspires us all. He can also be a right little monkey when he wants to. He’s now nine months and I’m so proud – he’s had open-heart surgery three times and every time he comes back from the brink.

I call him my little Rocky because he never stops fighting. But he’s not entirely out of the woods yet – he’ll have to have another operation at 18 months and when he’s five he’ll go on the heart transplant register.

His future is uncertain and that’s the difficult thing – hopefully he’ll get a transplant at around 12 but even if he does, he’s unlikely to live long into his 20s.

Of course, you never know what advances modern medicine may bring but as things stand, I am well aware that he could die at any time and almost certainly before his dad or me.

Sometimes I lie awake listening to him breathing and if I can’t hear him I panic. I think: “Oh God, have I got this constant worry for the next 20 years?” That’s why I want to encourage other parents of HLHS children or sufferers themselves to come forward and share their experiences.

One in 5,000 children are born with the condition each year but only a small percentage make it through and that’s why it’s difficult finding others to talk to.

In time, I’d like to team up with other parents and lobby to get more research done into HLHS – to hopefully give my little boy a better chance of surviving in the future.

Above all, I want to share the message of hope that Tristan gives me every day.’ AS TOLD TO KATY WEITZ To get in touch with Kerry, visit her Myspace page.

WHAT DOES IT MEAN HYPOPLASTIC left heart syndrome (also known as HLHS), is a rare congenital heart defect where the left side of the heart is severely underdeveloped.

It affects nearly one in every 5,000 babies but the cause is still unknown, though recent studies suggest a genetic link.

If left untreated HLHS is 100 per cent fatal. But in the early 1980s a three-step procedure – called the Norwood procedure – was developed to make the child’s circulation work with only two of the heart’s four chambers.

The survival rate for children treated with this three-step procedure is nearly 50 per cent. Unfortunately, it is not a cure and while infants successfully treated for HLHS have a good chance of survival, they may experience chronic health problems for the rest of their lives.

And since the Norwood procedure was developed, the oldest living survivors of HLHS are in their mid-20s. It is unknown whether they – or those who have come after them – have a longerterm future.

For more information, guidance or support, visit the Little Hearts Matter website at www.lhm.org.uk or call 0121 455 8982.

I call him my little Rocky.. because he’s such a brave fighter CAPTION(S):