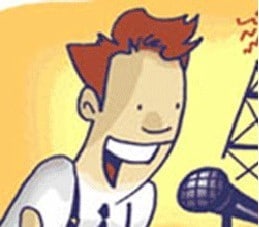 For those of you who are regular readers, my absence has been noted, by some with consternation, others with relief.   Most of this time has been spent in Nigeria, attending the inauguration of President Goodluck Jonathan and conferring with members of his government.

It is my hope that Nigeria, a prime US ally in the region, will become a larger player in Africa and the Middle East.  Their new president, who I met with very publicly, thanks to the popularity of Veterans Today, is likely the person to do just that and, for those of us who follow African affairs, much more.

While I was there, Jacob Zuma of South Africa traveled to Libya in an unsuccessful attempt to bring an end to the fighting.  Meetings in Nigeria focused on this issue and others in hopes that coordination and unity along with skillful diplomacy could impact this destructive conflict which has gained a life of its own.

Personally, I am offended, if such a thing is possible, by attempts to characterize Gaddafi as a war criminal while Bush, Cheney and the gang in Bahrain and elsewhere are running free.

Though I oppose Republican attempts to prevent the use of US of ground forces in Libya because it is cheap and childish politics, a realistic view would be to stabilize the situation by establishing cease fire lines and let people return to their lives as best possible.

Attempts to kill Gaddafi have now “crossed a line.”  Where, months ago, support of democracy and freedom may have been an issue, we are back to our old games, stealing oil and peddling guns.  “War on Terror” redeux.

The death of Saleem Shahzad in Pakistan is a serious issue.  The business we do has become increasingly dangerous and those of us who do it well are, sadly, the best informed and, thusly, the most dangerous people in the world.  We all wear targets on our backs.

As to whether the ISI is responsible, I can only guess.  I know General Pasha, DG of the ISI from our interviews last year and believe he would never approve such an act.  I would call on him to make sure whoever is responsible is brought to swift justice and more, that the world is told the truth.

I am not comfortable in condemning Pakistan after President Obama’s theatrical “bin Laden” episode.  It was high time someone caught the long dead Osama bin Laden.  Let’s relegate the entire episode to “high humor” where it belongs and move on.  If the Republicans had the potential to field a candidate that wasn’t a blatant fascist or tool of special interests I would openly condemn Obama.  Instead, playing this game was the right move.

For those unaware that bin Laden was never a terrorist leader at all, I can only suggest you do your own homework and stop being so damned stupid.

I want to thank the crew at Veterans Today for their efforts to pressure Egypt to opening Gaza.  We finally got our correspondent, Ken O’Keefe out of there alive.  The work he did on the ground there for months, filming the bombs and killings that the rest of the world’s press censored or suppressed is a milestone in journalism.  A note to Ken, don’t hold your breath waiting for a well deserved Pulitzer Prize.

In my absence from the helm here at VT, I was pleased at how little I was missed.  Frankly speaking, VT was not my first visit on the internet, even though I am Senior Editor.  That has changed.  I learn more here than anywhere else.  Critical to this effort has been the hard work, not just of over 100 columnists and staff writers but an editorial board that works hard to draw the line between “controversy” and “crack-pots.”

I would like to thank my Nigerian hosts.  With an occasional glitch, some pure “Hunter Thompson,” the visit was successful and I was allowed unprecedented access.

Nigeria is a nation of extremes, extreme wealth for some and extreme poverty for others.  This is the direction the United States is heading now.  A trip to Nigeria might be a good warning for those GOP supporters.  “This is where you are going.”

They, however, voted in a government to change that.  I can’t swear it will be successful but I believe it will take on the task, one that America is shirking.

I remember the drive to the Abuja airport.  I was in the presidential suite of the Hilton Intercon because of its secure conference facilities.  I had a 9:40 PM flight to Amsterdam on KLM and the airport is over 40 miles outside the city.

That night, Nigeria was playing Argentina in “football” or “soccer” as we know it.  The stadium in Abuja holds 280,000 and millions more were out, tens of thousands in vehicles of all kinds, many of which had broken down.  Traffic on the new and partially incomplete freeway system was at a standstill and the surrounding roads worse.  This drive was the closest I got to actually seeing people in their real lives.

Abuja is a gleaming city of wide boulevards and glass and steel buildings.  The surrounding townships are home to uncounted poor, most young.  So many young.

In order to get to the airport somehow, we followed goat paths, played “chicken” with trucks on narrow dirt roads and spent too much time weaving through opposing traffic.  You could see all of this two ways, more than two ways, poverty and wealth, plently and little or nothing or simply see a sea of humanity, young, talented people filled with hope and promise.

What they can’t be is ignored.  I met so many young people there, every one decent and someone any parent would be proud of.

We will be keeping our eyes on Nigeria.  This is the world’s largest country with nearly equal Christian and Muslim populations.  They now have a Christian president who enjoys wide support, surprisingly, from the Muslim north.  With so many Americans hating their own country so much, there is much to be learned from Nigeria.

Ahead of the Bell: Groupon to post 4Q results

Groupon, which went public in November, makes money by taking a cut from online deals it offers from toysellers and restaurants, massage specialists, cruise lines and just about any other type of business or service.

Wall Street is looking for earnings of 3 cents per share on revenue of $473 million, according to a poll of analysts done by FactSet.

Citi Investment Research analyst Mark Mahaney expects slightly higher revenue of $479 million and adjusted earnings of 5 cents per share. He’s also expecting Groupon to end the quarter with more than 31 million active subscribers ? up nearly fourfold, or 251 percent, from a year earlier. He expects each person to spend about $15 per month, down 28 percent year-over-year. website groupon san diego

“While the growth in Groupon’s customer base remains impressive, declines in its very high growth rates are inevitable as the law of large numbers catches up,” Mahaney wrote in a note to investors. “The decline in average spend is a function, we believe, of the ongoing very rapid consumer adoption of the service.” Mahaney said he does not expect the Chicago company to give detailed guidance for the current quarter or for the full year. But he does think that Groupon will give overall commentary related to the weak economy in the U.S. and Europe, as well as trends in the overall online deals market.

The analyst rates Groupon’s stock “Neutral” with a target price of $24.

Shares of Groupon Inc. closed at $24.19 Tuesday, up 21 percent from the initial pricing three months ago.