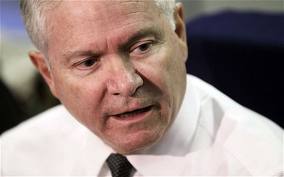 SINGAPORE, June 3, 2011 – If the United States unilaterally ended support to the NATO mission in Libya, it would have enormous and dangerous long-term consequences, Pentagon officials said here today.

Defense Secretary Robert M. Gates is concerned over the prospect of Congress voting against continued U.S. support to the NATO mission in Libya, said Pentagon Press Secretary Geoff Morrell, who is here with Gates at the Shangri-La Dialogue security summit.

That would send “an unhelpful message of disunity and uncertainty to our troops, our allies and, most importantly, the Gadhafi regime,” Morrell said, adding that the secretary is particularly concerned about the impact such a move could have on U.S. relations with NATO allies.

“As a key NATO partner, they have asked us to provide support, just like we have asked them over the years to support difficult operations in Afghanistan,” he said.

Morrell said the secretary understands the concerns that some in Congress have expressed, and that he welcomes the legitimate policy debate. Still, he wants the debate to proceed in ways that do not undermine the NATO allies and military operations, Morrell added.

The operation began in March with U.S., British and French naval and air forces launching attacks to prevent those loyal to Libyan dictator Moammar Gadhafi from continuing attacks on innocent civilians and rebel forces in Libya. NATO took over command of the effort at the end of March, and U.S. forces now play a support role in the effort.

The U.S. military provides support to NATO forces, including air-to-air refueling; intelligence, surveillance and reconnaissance assets; and unmanned aerial vehicles. President Barack Obama said when he ordered American forces to support the mission that there would be no U.S. boots on the ground, and that is still the case.