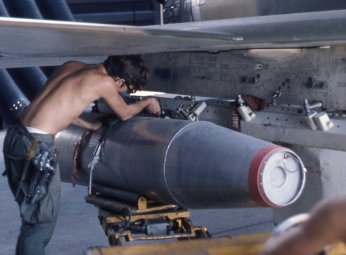 Whenever I get a care package I become that same little kid opening presents at Christmas. But this time my present is wrapped with my hometown newspaper so instead of casting the wrappings aside like that excited little kid I take care to save them for reading later.

I was surprised to hear Dad was buying a foreign car. Dad joined the Army during WWII and often talked about the problems he might encounter getting parts for a German or Japanese car should we ever have to go to war with them again. I gave him my total support to trust foreign nations that were once our enemies some thirty years ago.

I always heard veterans down play getting medals as to say “A dime and this medal will get you a cup of coffee” at the time when a cup of coffee was only ten cents.

I got the letter today with the pictures of the car. Thanks a lot! I couldn’t believe how good it looks. Whenever I hear about someone wanting to buy it and then see how good it looks I don’t think I’ll ever sell it.

I got the package Mom sent. It got here the day before yesterday. It was really great! I spent hours just reading the papers she wrapped all the stuff in.

That VW looks pretty sharp, baby hubcaps, narrow white walls and the whole bit. Not much else has happened just thought I’d let you know I got the package ok.

My new crew chief is putting me in for an AF commendation medal. I’m not sure exactly what I have done but I must have done something.

We never thought that a mail plane going down in the ocean could cause such havoc with our life line to the World.

I didn’t get a chance to finish this letter and it is already August 6th. I had the day off yesterday and didn’t do much. A lot of the guys are getting soggy letters. I guess you heard about the plane going down in the ocean. Their letters are unreadable because the ink is all smeared.
The draft just keeps adding more cannon fodder to fuel this crazy war.

I would have thought the draft would be over by now. Especially since Nixon ran and won the presidency on ending the war. So why is it taking so long? I heard that some Democratic senators finally stood up and put forth an amendment that will bring the end to the war by the end of December next year. I can only hope that it passes. But right now my immediate concern doesn’t involve politics. It involves knowing the schedule so I can get a shower.

Everything fine here but just as slow as usual. I received a letter from Big Steve and Karen and heard John Rehmar has been drafted. He’s at Fort Ord. It seems the way Karen put it he’s an OK clean cut kid now that he has been drafted. Cliff even feels that way now too. I didn’t realize that a guy that was put down before, is now ok just because he is in the Army.

They shut off the water at the barracks at certain times and to get a shower you have to know the schedule. This place really rates number one.

I’m going to Australia for R & R sometime in the first week of November. I’ll have about 60 days left when I get back from R & R.

I didn’t do much on my day off yesterday. I went to the club then got a small pox booster shot. I spent the rest of the evening in the library reading.

Our crew had to work on the flightline yesterday because we had a heavy frag. Our jammer driver got sick from the heat. I guess that’s what happens when you sit in an air-conditioned office all day.

The Douglas A1 Skyraider was designed during WWII and saw combat in Korea. These radial-piston prop engine planes sound like a Harley Davidson in the sky. They often belched out white or black smoke as they fired up the engines. They were a relic of the past but with out a doubt a welcome one. They were known for their dependability and used for close ground air support. We got an unwelcome taste of our own weaponry when the rounds and bomblets started cooking off in our direction.

The Red Horse Squadron was the construction division of the Air Force. I’m not sure if they just needed something to do or if it had anything to do with the theft of our property but someone decided we needed rooms built in our open-bay barracks. Red Horse took the construction to a certain level of getting the walls framed any other amenities like making the framed walls into real partitions or having a door was up to the rest of us.

We had a little excitement here Friday. An A1 Skyraider crashed on take off. I heard the big boom when I was in the office. I didn’t think of anything at first because they are always blowing up something around here. Anyway I went over to the other office to get a Coke when I saw the big black column of smoke coming up from the flightline. The plane was just lifting off when I guess he realized he couldn’t make it so it bellied in at the end of the runway. The pilot was out of the plane before it stopped sliding. I was standing behind one of the revetments watching it burn when the ammo and rockets started cooking off. The anti-personnel bombs started blowing up and throwing these little bomblets all over the runway. They’re about the size of baseballs and explode throwing out ball bearings. They shut down the runaway and cleared the flightline.

They’re starting to build rooms in our barracks. They should start my room today. They put up the framework and we put up the walls.

Censorship by the military is common over here. It comes in several forms and methods of attack but as hard as they try they are not always successful in making us bend to their wishes. There is a different attitude over here. The more they push us the more we push back. What are they going to do, send us to Vietnam?

I was just listening to Paul Harvey on the radio. He was giving an editorial on the Vietnam War when he got to talking about Mai Lai. He wanted to know why they call it a massacre when they shoot up an enemy village but call it a bombing when they level an enemy village by air. That’s all he got out when they beeped the rest of his editorial. That’s the good old military for you.

We are supposed to have an inspection next week and the First Sgt. said he didn’t want to see any peace signs up in our rooms. I tell you what, if he has something against peace he can get screwed. I noticed he didn’t say anything about war posters. I guess they are OK. I have one peace sign and another sign says “War is Not Healthy for Children and Other Living Things”. If he wants them covered up he will have to do it himself.

I never spent any time getting to know the pilots. They lived on the other side of the base in air-conditioned barracks. They did their job and we did ours. Our encounters were always brief and usually only happened if we were still around when they were doing a pre-flight check. They might ask some question about the weapons load or where I was from back in the World. One pilot asked me how many rounds he had and then bragged about the number of zips he could kill. He looked really old to me and his chrome pistol (not a military issue) was hanging down from his waist like an old gunfighter from the OK Corral. Maybe his comment came from a nervousness thinking about the mission he is about to undertake. Only he really knows and that’s the way it is over here.

Melanie was my ex-girlfriend. Melanie cut school to take me to the induction center in Los Angeles on June 15th, 1968. After completing six weeks of basic training I headed off to Denver for technical school. Melanie begged me to come home for Thanksgiving but I was busy learning the technical skills of loading weapons and spending time at the Airman’s Club with the guys. By Christmas it was all over, I had missed the opportunity to keep my relationship with Melanie. Unlike some other guys here in Vietnam I’m glad it happened then and not now. I watched one and then two of the guys go through a painful divorce while here. I’m glad I don’t have any romantic ties back home.

I have the day off so I went to the club the first part of the day and spent the rest of the day building my room. My back is pretty sore from doing all that sawing.

We had two planes shot down yesterday. It was in Happy Valley just behind Freedom Hill. They were going in on a bombing run, the first plane caught some ground fire and crashed into the side of the mountain and his wing man not knowing he was hit followed him right into the mountain. It was pretty cloudy and I guess they couldn’t see the mountain.

They are using more and more B-52s in the valley around the base because the fighter planes can’t get in close enough with these monsoon rains.

I heard from Big Steve that Melanie got married. It probably wouldn’t have worked out for us anyway.

My dad had suggested that we go to a pro-football game when I get home. I guess I am just appeasing Dad since I really can’t imagine being in a crowded stadium with thousands of people. Being in any venue, here in Vietnam, where large groups of people gather is not the way you survive.

I’ve always wanted to go to a pro-football game ever since I joined the service but was never home on leave at the right time.

Well it’s raining again. It was nice and hot this morning too. I only have five months left to go so don’t wish away the next six months or I’ll miss my leave home.

September 1, 1970 –
The U.S. Senate rejected the McGovern-Hatfield amendment by a vote of 55-39. Had this amendment passed it would have would have set a deadline for the complete withdrawal of American forces from South Vietnam by December 31, 1971. The Senate also turned down a proposal forbidding the Army from sending draftees to Vietnam. The Vietnam War is now Nixon’s war.