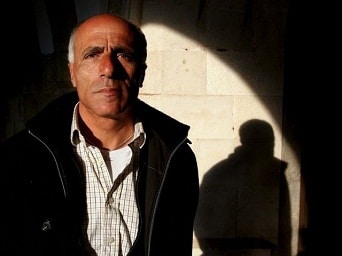 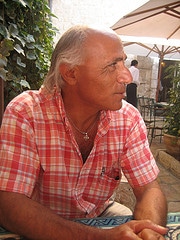 [World]–Yesterday morning, a link was disseminated to the 3,022 members of The Face Book Cause: Free Mordechai Vanunu, [Learn More] alerting them to an article published in the UK, regarding Meir Dagan, a “former head of Israel‘s spy service” who is making public appearances and briefing journalists because he sees the country’s current government as “irresponsible and reckless. I decided to speak because when I was in office, Diskin, Ashkenazi and I could block any dangerous adventure. Now I am afraid that there is no one to stop Bibi [Netanyahu] and Barak.” [1]

Ashkenazi, was the head of the army, Dagan head of Mossad and Diskin, head of Shin Bet. All three have been replaced by men chosen by the current government.

Dagan had been in charge of aggressive Israeli actions abroad and in recent years his ‘accomplishments’ include connections to assassinations in Lebanon, Syria and Dubai and an air attack on a suspected nuclear reactor in Syria.

Ben Caspit of the Maariv newspaper wrote: “He is one of the most rightwing militant people ever born here…who ate Arabs for breakfast, lunch and dinner. When this man says that the leadership has no vision and is irresponsible, we should stop sleeping soundly at night.” “My lawyer succeeded to reveal a few very important facts: This General of the Army also was not allowed to see all the secrets that he is required to protect by these restrictions that they claim I know them. So, he gave orders of restrictions without knowing what he is protecting or that he is also following orders blindly, and Mossad Sheen Bet using its authority for just punishing me. He testified that it is not a crime for me to talk with foreigners in general anywhere. He testified that I can speak freely to any Israeli citizens about anything; it is not his concern what I am saying to them. These Israelis can give this information to any foreigners. It was difficult for the Judge to understand why this dichotomy exits between foreigners and Israelis. It means that it is not about secrecy but about something else.”

In 2004, Yossi Melman wrote for Haaretz:

“Shortly after taking office as chief of security at the Defense Ministry, Horev began to take punitive measures to hobble Vanunu. He is responsible for the harsh conditions in which Vanunu was held, which included years in solitary confinement, and the sharp limitations on the number of visitors he could have…[and has fought] a rearguard battle to prevent Vanunu from leaving Israel and to place him under supervision and restrictions that will be tantamount to house arrest.
“Horev has always been considered the strictest of all the security chiefs in Israel, especially in regard to the protection of institutions such as the Dimona facility and the Biological Institute. He is apprehensive that if Vanunu goes abroad, he will continue to be a nuisance by stimulating the public debate over Israel’s nuclear policy and the nuclear weapons he says Israel possesses…all the hyperactivity being displayed by Horev and those who support his approach is intended only to divert attention from what has not yet been revealed:

“The security blunders and their cover-ups.”

In Jerusalem on 22 February 2006, it was revealed in court that Israel had alluded to Microsoft that Vanunu was being investigated for espionage as they pressured for details of Vanunu’s Hotmail account before a court order had been obtained.Vanunu wrote:

“Microsoft obeyed the orders and gave them all the details…three months before I was arrested and my computers were confiscated. It is strange to ask Microsoft to give this information before obtaining the court order to listen to my private conversations. It means they wanted to go through my emails in secret, or maybe, with the help of the secret services, the Shaback, Mossad.

“The State came to the court with two special secret Government orders; Hisaion [documents or information that are deemed confidential by the government and kept from the court, the defendant, and lawyers.] This allows the prosecution to keep documents related to my court hearing secret. One was from the Minister for Interior Security and one from the Minister of Defense.

“The policeman did not have any answers and said that he brought all the evidence to the court. When Sfard [Vanunu’s attorney] asked him again about any material related to the espionage [charge] Peterburg had no answers.

“Sfard proved that the police had misled the judges who gave the orders to arrest me: to search my room, to go through my email, to confiscate my computers and [that they] misled Microsoft to believe they are helping in a case of espionage.”

One does not need to be on Facebook to do the three purposes of the Facebook Cause: Free Mordechai Vanunu which are to “Learn and Disseminate info, Petition your political reps to help FREE Vanunu and Request your Media report and report accurately!” [2]

BEYOND NUCLEAR: Mordechai Vanunu’s FREEDOM of SPEECH Trial and My Life as a Muckraker: 2005-2010