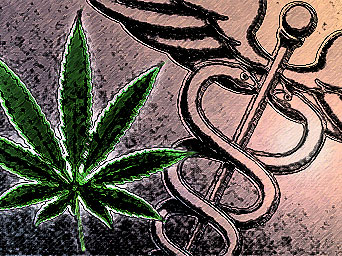 by Al Byrne for Patients Out of Time

Between 1987 and 1992 I became involved with a Veterans Health Administration and Agent Orange Class Assistance Program that funded Vets, acting as peer counselors, to search out and offer aid to fellow Veterans.  All the counselors who did the field work fought in Vietnam as did almost all of the clients or patients.

There were a small number of women in the group, all nurses of the Army and Navy. The majority of the guys were Army or Marine enlisted, a smaller number of Navy “brown water” sailors and a few from the Air Force.

My take is that the closer you came to death every day, and there were many ways to observe that act, the likelier a Vet was to be diagnosed with post traumatic stress (PTS).[1]

I was the only counselor to have served as a Commissioned Officer and I doubled as the Contract Administrator for the multi thousand dollar grants we used to help Vets in the Appalachian region of Virginia and West Virginia. I had about 200 guys I worked with over those years.

Johnny worked at a wood yard, so did his son. His boss had called us one day looking for someone to talk to Johnny, get him some help. I showed up late one afternoon and met the boss who was younger than I and Johnny by a dozen years. Johnny was his friend as well as an employee and he was drinking himself to death I was told and it has something to do with Vietnam he was sure.

Johnny and I saw each other every week for months. He was on parole for pistol whipping some loser who thought the little guy in the corner of the bar room could be bullied. Johnny took him for a ride of terror before knocking him in the head and dumping him and his car in a big ditch. I took him for rides through the tree-lined roads of the county, away from the saws, the noise. He was drinking incessantly, doing lines of coke when he could score some and angry.

My job was to find a way to get him to talk out his pain, not physical pain for him but the emotional scars he carried along with their live-in demons. Talk we did about his homecoming, a day late he said to me, because if he had been there when the flood came he could have saved his family; father, mother, two sisters and younger brother. He was convinced that he could have saved them (or at least died with them), but the Marines had him in a stockade for acting up when he came to the states, for refusing to get a “getting out “ haircut, for telling a sergeant to go to hell. Guilt is a primary factor in PTS and Johnny had more than enough because he had not been at home when he could have been.

This was on top of a tour of duty that young 19 year old Marines like him endured in the endless jungles of danger. He was a gunner on an armored vehicle. Four fifty-caliber machine guns fired at his command with the power to blow an engine block to pieces. One night he and his friends were attacked by the enemy. In front of his guns in the morning were over 400 dead men and he was untouched he said to me, but it was 20 months of talk before he remembered that morning, that night, and when he did he cried for a long, long time.

It had not taken the counselors long to determine a trend among the Vets. Some drank to excess and, like Johnny, took any other intoxicating drug they could find. Some did not drink or do coke, they used cannabis instead.

Johnny told me he could not sleep more than a couple of hours at a time. An exhausted rest at best. He told me he could not relax, his appetite was only for alcohol and being unconscious. I urged him to use cannabis and he did. He stopped the coke cold. His alcohol intake decreased to only a few beers a day and he slept.

A cannabis researcher in Italy has coined a phrase about the endocannabinoid system. It helps us eat, sleep, relax, protect, and forget. Cannabis is the only plant that has phyto-cannabinoids (made within the plant) that are similar to the endogenous cannabinoids (made within the body) recently discovered in the human body.  When I use cannabis I do not dream and I told Johnny that and I told him that he could sleep again too if he used cannabis. It would help him eat again, real food. That he could smoke a bowl and relax for a while, and concentrate on good thoughts and forget the painful images he carried in his head and while these positives were replacing the negatives, his body would enjoy a return to homeostasis from feeding his system with cannabis compounds.

Johnny called me a couple of years after I no longer worked as a counselor. He was fine now he said and wanted me to know that. “You helped me man” he said on the phone and told me he stopped drinking, was married now, his son with him and he used cannabis every day.

In the US military Veterans like Johnny are denied the use of cannabis for any purpose in 34 states.  In the 15 states with medical marijuana laws an illogical and ignorant law enforcement and lawyer generated medical protocol for medical cannabis use is in place. These “medical marijuana” programs are morally unjustified, medically unsound and designed by men and women with no medical training at all. A clear case of “practicing medicine without a license” by politicians and other lawyers who should know that action is against the law of the land if not the law of sanity.

Johnny and I use cannabis illegally in Virginia to help us cope with the trauma we endured, for what we did for our country. That is not right.

I’ve got a suggestion for the citizens of the US, support your troops by allowing doctors and nurses to take care of Johnny and me and the other Vets. He and I and they have had enough of what this country has not done for us and allowing Veterans the use of clinical cannabis would be a great start on fixing that situation.