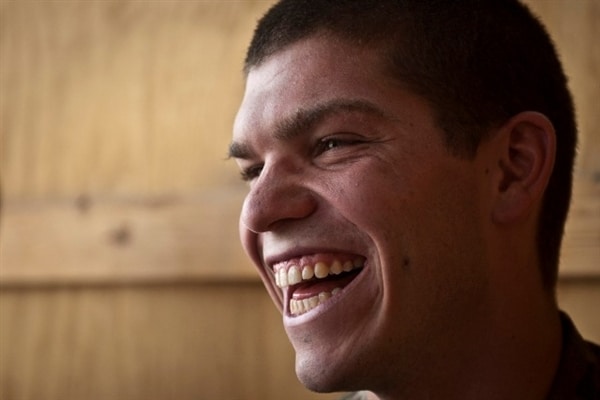 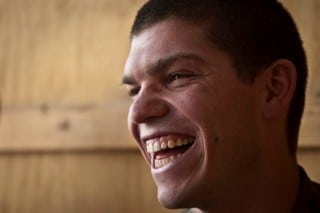 “We get shot at all the time, every day,” said Walker, an infantry radio operator assigned to Company C, 2nd Battalion, 35th Infantry Regiment, Task Force Cacti, 3rd Brigade Combat Team, 25th Infantry Division, Task Force Bronco. “We are bringing them the fight.”But for Walker, a Johnson City, Tenn., native, this wasn’t just another day. He was riding in the lead vehicle of a mounted patrol when it hit a roadside bomb.

“I don’t remember much from that day,” Walker said recently while recovering in a hospital at Bagram Airfield. The parts he does remember, however, speak volumes about his team and their training.

“Everyone was doing exactly the right thing,” Walker recalled. “Everyone fell back on their training and did exactly what they were supposed to do.”

“As soon as everything popped off, everyone did the right thing,” he said. “The driver got them through the kill zone, [and] everyone in the truck began buddy aid. They all responded to a ‘T.’ They reacted perfectly.”

The truck commander, gunner and two other soldiers all suffered shrapnel injuries. While Walker’s injuries were minor, he lost consciousness multiple times, and was sent to the traumatic brain injury clinic.

Although Walker is not fully recovered, he said, he is doing much better than when he arrived at the clinic. Bachmann said he isn’t surprised at Walker’s progress.

“He’s a good guy — really friendly, and motivated,” Bachmann said. “He likes to work and get stuff done.”

“I was honored — I mean, the command sergeant major and commander of the biggest base in Afghanistan,” Walker said. “I was just honored.”

Walker said the pace at Bagram Airfield’s traumatic brain injury clinic is in stark contrast to that of Combat Outpost Honaker-Miracle.

“This is the first time a whole week has gone by without me getting shot at,” he said.

Although the more relaxed battle rhythm at the clinic is helping Walker recover, he is anxious to get back to his fellow soldiers and to do his job.

Walker and Bachmann agreed that everyone in their platoon shares the same dedication to each other and their jobs here. The 2nd Platoon Renegades, as Walker and the other soldiers from his platoon are known, are at the beginning of a year-long deployment to one of the most dangerous areas of eastern Afghanistan.