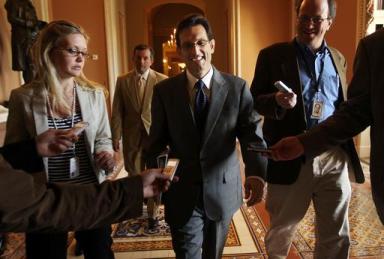 When I started writing about military and veterans affairs I never realized we had so many veterans that have developed such a low esteem for their country (perhaps even themselves) and the system of government that has perfected liberty and purchased freedom for others through dozens of wars and at a cost of millions of American lives.

I call myself a Conservative, not Republican or Democrat, and believe each of us is accountable for our action. I served in the Corps and then got on with my life. Others apparently have a real struggle with life as a civilian believing everything about government is bad and behind every event is a conspiracy. After having lived and worked Eastern Europe and traveled extensively around the world, I understand those feelings which border on paranoia, and I attribute much of that to serving in a war zone. It is easy to become skeptical, but I attribute much to post traumatic stress disorder. The full effects of PTSD are finally being understood and those with such feelings should seek help.

Many folks forget just how good life is in America in spite of the foibles of politics. I am far from an apologist. I won’t give up supporting those trying to get the US back on a “Constitutional course”, and will vote in every election until the course changes. For the naysayers who damn everything about the U.S. they might want to check out other countries to find one which is more suited to what they seek in life. With hundreds of countries from which to choose they may find the one they want.

That being said, I cannot fathom anyone who has worn a military uniform, to so despise our system of government and in many cases, our country. The Founding fathers predicted that our form of government would create scenarios that might rock the foundation of what they gave us when they drafted the Constitution and proclaimed the Declaration of Independence.

“Every government degenerates when trusted to the rulers of the people alone. The people themselves are its only safe depositories”.
Thomas Jefferson

“All tyranny needs to gain a foothold is for people of good conscience to remain silent”.
Thomas Jefferson

Certainly our system is not perfect…far from it in fact. But in my opinion, it is the best there is and outside of armed insurrection, it’s what we have to live with. The amazing thing is our form of government is a “representative republic”, meaning we vote for someone to represent our voice in Congress. Unfortunately, less than 50% of the people vote (compared to Moldova, Czech Republic, Estonia, Ukraine, and yes, even Iraq, where voter turn-out is always somewhere between 75%-90%), so little will change with apathy, but if you were awake at the last election, you saw how THE VOTE changed things. Another couple of elections and maybe we’ll clean out Washington, because there is no doubt that sleaze and profiteering are running rampant.

If we are to persevere as a nation as we once knew it, with freedom, self responsibility, and economic opportunity for all, a lot of work must be done. It all starts with becoming an informed voter. The four steps to changing what has become the status quo:
1. Learn our system of government
2. Research the candidacy of those running for office
3. Write letters to your representatives stating your opinion backed up with facts and if you don’t get a response, pick up the phone and call.
4. VOTE and keep voting until things change

With this in mind, we need everyone’s vote and help to preserve the military and veterans’ benefits we’ve earned.

The “Don’t Be Fooled’ campaign headed by a coalition of state and local officials, nonprofit groups and churches targets low-income and immigrant communities whose residents often rely on storefront services to file court documents, help fight evictions and handle divorces.

“It’s an urgent issue. So many people don’t know there is free legal service out there,’ said Nancy Cervantes, managing attorney for the Neighborhood Legal Services Center in the San Fernando Valley.

About one-third of the clients who come to the center are there because they were defrauded by scam artists, she said. “It can really set people back financially,’ Cervantes said.

The coalition will step up its outreach efforts, distributing brochures that outline consumer rights and advising people how to report fraudulent activities.

People too often are afraid to report scam artists , or they don’t have enough information about the people who ripped them off to report them, said Pastor Hererra Jr., director of the Los Angeles County Department of Consumer Affairs. go to site how to report a scam

“It’s important that people be aware that if they are going to get services from a notary or document preparer, you have to make sure they are licensed, you don’t pay in cash, and you have the full name of the person and their address,’ Hererra said.