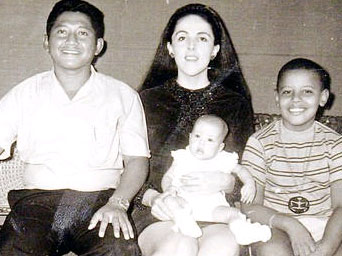 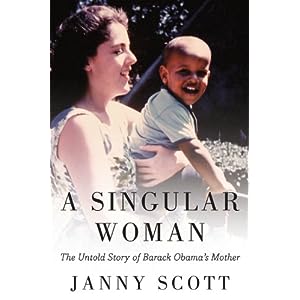 A Woman Before Her Time

A major publishing event: an unprecedented look into the life of the woman who most singularly shaped Barack Obama-his mother

Barack Obama has written extensively about his father, but little is known about Stanley Ann Dunham, the fiercely independent woman who raised him, the person he credits for, as he says, “what is best in me.” Here is the missing piece of the story.

Award-winning reporter Janny Scott interviewed nearly two hundred of Dunham’s friends, colleagues, and relatives (including both her children), and combed through boxes of personal and professional papers, letters to friends, and photo albums, to uncover the full breadth of this woman’s inspiring and untraditional life, and to show the remarkable extent to which she shaped the man Obama is today.

Dunham’s story moves from Kansas and Washington state to Hawaii and Indonesia. It begins in a time when interracial marriage was still a felony in much of the United States, and culminates in the present, with her son as our president- something she never got to see. It is a poignant look at how character is passed from parent to child, and offers insight into how Obama’s destiny was created early, by his mother’s extraordinary faith in his gifts, and by her unconventional mothering. Finally, it is a heartbreaking story of a woman who died at age fifty-two, before her son would go on to his greatest accomplishments and reflections of what she taught him.

“Even Obama knew that he had not his extraordinary mother justice. Janny Scott . . . does. She portrays Dunham as a feminist, an utterly independent spirit, a cultural anthropologies, and an international development officer who surely helped shape the internationalist, post-Vietnam-era world view of her son. Scott’s book is tirelessly researched, and the sections covering Dunham’s life in Indonesia especially are new and valuable to the accumulating biography of Obama’s extended global family.”
–The New Yorker

“An ambitious new biography. . . . Scott pursues a more perplexing and elusive figure than the one Obama pieced together in his own books.”
–The New York Times Book Review

“The restrained, straight-ahead focus-rather in the spirit, it turns out, of Dunham herself-pays off. By recovering Obama’s mother from obscurity, A Singular Woman adds in a meaningful way to an understanding of a singular president.”
–Slate “The key to understanding the disciplined and often impassive 44th president is his mother, as Janny Scott, a reporter for the New York Times, decisively demonstrates in her new biography A Singular Woman. . . . Scott [uses] meticulous reporting, archival research and extensive interviews with Dunham’s colleagues, friends and family, including the president and his sister. What emerges is a portrait of a woman who is both disciplined and disorganized, blunt-spoken and empathetic, driven and devoted to her children, even as she ruefully admits her failings and frets over her distance from them.”
–The Washington Post

“The story of the ‘singular woman’ at the center of this book is told, and told well, by Scott.”
–San Francisco Chronicle

“What emerges in this straightforward, deeply reported account is a complicated portrait of an outspoken, independent-minded woman with a life of unconventional choices.”
–USA Today

“We get a much fuller story of Ms. Dunham’s life in A Singular Woman, Janny Scott’s richly researched, unsentimental book.”
–The New York Times

“If you want to understand what shaped our president, don’t look to his father’s disappearance. It was his unconventional mother who made him. . . . [An] incisive biography.”
–Newsweek