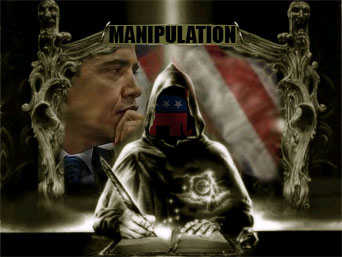 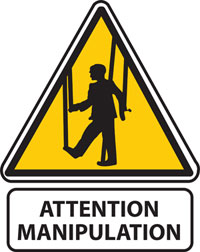 Unfortunately, the corporatocracy seems to understand Black people much better than we understand ourselves. But that’s fully understandable, since they’ve had centuries of experience in observing our behavior.

They understand that since Black people are the product of the very same racist environment as White people, we tend to be just as racist toward other Blacks as any Hillbilly. That explains why we never see a drive-by committed by a person wearing a sheet. The Klan has learned, just like the powers that be, that we’re much more efficient at destroying one another than they could ever be.

That’s what makes the phrase “airing our dirty laundry” such a joke. Everyone else in the world seems to see the skid marks in our dirty drawers but us. Take the matter of Barack Obama , for example. Those who specialize in manipulating the American people clearly understand that his rapid rise to become President of the United States tends to diminish the accomplishments of Black leaders and intellectuals all over the country. Thus, many of these leaders have become ripe, willing, and enthusiastic accomplices in the effort to drag this president down, regardless of the negative consequences to Black people, or America as a whole. So the manipulators know that all they have to do is suggest reasonable sounding grounds to criticize Obama, then sit back and wait for the envious Black aristocracy to till the fields and pluck the cotton.

It’s the old crabs in a barrel syndrome. It’s a technique that has never failed in over three hundred years. It kept us in slavery, it was the foundation of CoIntelPro, and it killed Malcolm X. So it’s a technique that has been tried, certified, and true. But now, instead of slaves snitchin’ on slaves, we have so-called Black leaders and intellectuals engaging in 21st century arguments to justify 19th century thinking.

Now don’t get me wrong, every politician deserves intense scrutiny and criticism when needed, and that includes Barack Obama. In fact, my very next article is going to do just that. But my complaint is going to be clear rather than amorphous, and it’s going to address a specific issue that the president is capable of addressing. Because I see it, it is one thing to hold a president accountable, and yet another to try to drag him through the mud without clear justification, and that’s exactly what I see going on. 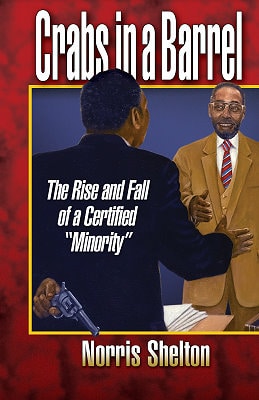 By now everyone is aware of Dr. Cornel West’s tirade against President Obama, so we won’t even bother to revisit that, but now Dr. Boyce Watkins of Syracuse University has written an article, “Black Unemployment Rises Yet Again: Yes, We Are in a State of Emergency,” that seems to lay the rise in Black unemployment directly at President Obama’s feet. Dr. Watkins said:

“One has to ask this question: Just how high does the black unemployment rate have to be before the Obama Administration and Congress reconsider their policies against engaging in targeted action on behalf of black and brown communities? If the unemployment rate were 20 percent, would that convince them that there is a problem? What about 25 percent? Perhaps there is some hidden law against advocating for people of color?”

Now, admittedly, I’m no scholar so maybe I’m missing an important detail here, but it seems clear to me that the Obama Administration and the congress are far from one entity, and there is absolutely nothing that President Obama can do to force a private corporation to hire workers if they choose not to. It is also clear that corporations have a vested interest in making sure that unemployment remains high – especially among Obama’s base. By doing so they enhance the chances of the GOP regaining power in the 2012 election, and thereby, reestablishing the status quo, a laissez-faire business environment where businesses have free rein to do whatever they like to increase profits.

In  addition, the Republican Party has done everything in their power to ensure that the American people remain miserable, divided, and angry until the 2012 election. Rush Limbaugh gave them their marching orders early in Obama’s presidency. Limbaugh said, “I don’t want this to work . . . I hope he [Obama] fails.” And the Republicans have been on a single-minded mission to ensure Obama’s failure every since.

From that moment on, every initiative that President Obama has put forward to improve the economy and create new jobs has been met with fierce Republican opposition. They don’t care that America is suffering. They want America to suffer – the more the better. All they care about is making absolutely sure that President Obama doesn’t succeed in bringing relief to the misery they caused the American people under eight years of George W. Bush.

To that end, the Republicans in congress have engaged in a record number of filibusters in an attempt to block every initiative that Obama has put forward to rescue the American people. Their determination is so fierce in that regard that any Republican who fails to go along with their strategy is in dire jeopardy of being banished from congress. 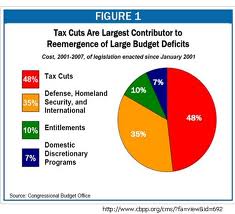 And even those initiatives that did manage to miraculously survive were being blocked from implementation by Republican Governors across the country, under the pretense that rescuing America constituted “wasteful spending.” But their concern over the budget deficit didn’t prevent Republicans for a minute from holding the unemployed hostage to extend the Bush tax cut for the rich which, to a large extent, is what brought us to this point in the first place.

The Houston Chronicle reported Texas governor, Rick Perry, as saying, with regard to federal money to assist the unemployed,

“The money would come with too many strings attached. Taking the half billion would require the state to assist qualified out-of-work residents seeking part-time jobs, an idea that Perry said the state has rejected before, partly because it could discourage them from seeking full-time employment. The federal money injection would also make Texas extend benefits to more low-paid workers, and Perry said the overall expansion would force business to make higher unemployment insurance payments.”

Yet, after initially turning down federal money targeted at creating jobs, Perry eventually took the stimulus money. But instead of using it to create jobs and bring relief to the poor and middle class, he used it to plug his budget shortfalls and save his “rainy day fund.” CNN Money reports the following: 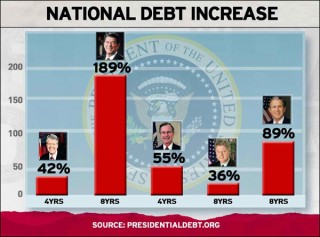 “Texas, which crafts a budget every two years, was facing a $6.6 billion shortfall for its 2010-2011 fiscal years. It plugged nearly all of that deficit with $6.4 billion in Recovery Act money, allowing it to leave its $9.1 billion rainy day fund untouched . . . Now that the stimulus money has dried up, state lawmakers last week unveiled an austere budget for the 2012-2013 fiscal years that cuts $31 billion in spending. Schools, colleges, Medicaid and social services for the needy will be hit especially hard.”

Republican governors are showing the exact same kind of disregard for the poor and middle class all over the country, yet we have these Black academics pointing their collective finger at Obama. This carefully selected criticism among many Black scholars is quite curious to say the least.

While this seeming inability, or refusal, to connect the dots is understandable with Cornel West, he’s essentially a Harvard anointed preacher, it is quite disheartening among scholars like Dr. Boyce Watkins. His Ph.D. is in the area of economics and finance, so one would expect much more insight from him.

On Your Black World, Dr. Watkins’ own website, he quotes Ursula Burns , chairwoman and CEO of the Xerox Corporation, and the first African-American woman to head Fortune 500 company, as saying, “Families and our schools have failed in preparing [our young people] to compete.”

Dr Watkins goes on to point out that in an interview with CNN’s Soledad O’Brien Ms. Burns indicates that “She is ‘panic stricken’ by the lack of qualified applicants coming out of American schools. She isn’t just speaking about black and brown children, but all young people. She goes on to say, ‘We have jobs open … we can find better candidates in other nations and other places than we can here.’”

So why are so many Black scholars continually pointing their finger at Obama instead of addressing these issues in the community? One doesn’t need a Ph.D. to whine. A high school dropout can do that. We need Black scholars to address the issue of the aversion to knowledge that pervades not only the Black community, but the nation as a whole. We, along with the corporate media, have produced a generation filled with mindless hedonists, and that’s an issue that’s hemorrhaging to be addressed.

But instead of closing ranks to address this life or death issue, many Black scholars are using all of their intellectual resources to justify trotting out one after the other, and arm-in-arm with social bigots, to engage in America’s most beloved and enduring game – “Bring down the uppity nigga.”

About the Author:  Eric L. Wattree runs Citizens Against Reckless Middle-Class Abuse (CARMA).  He can reached at [email protected].   * Religious bigotry: It’s not that I hate everyone who doesn’t look, think, and act like me – it’s just that God does.