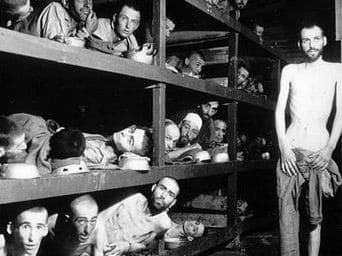 These past two years, I have been quiet but far from idle – I’ve been busily casting about for a new venue to move our struggle into a more pro-active mode. Smeared widely as a “Holocaust Denier”, I decided to make lemonade from lemons and craft the slurs heaved at myself and my compatriots into a boomerang – in other words, make it prestigious to be a “Holocaust Denier.”

And why not, pray? We are the modern “Christians of the Catacombs” of yore, thrown by the Chosenites for our belief in Truth in History to the proverbial lions with shrieks and howls of derision. And who can claim today that, in the end, when all was said and done, Christianity did not cut a decisive swath across the Western world?

The sky is the limit, I say.

This missive, though, is not about the merits or demerits of Christianity but simply meant as illustration that you can’t censor an idea whose time has come if there is hunger for salvation, be it of this earth or the next.

I happen to believe there is a huge, huge hunger out there for Truth in History – and genuine Truth in History mandates uncompromising intellectual candor about the much-maligned and misjudged era of 1933-1945.

No cheap banality. No platitudes. No carton cut-outs a la Hogan’s Heroes out of the smoking mills of Hollywood. And not the vile poison that the likes of Abe Foxman spew forth!

I was searching for a mental picture, a metaphor of sorts that would explain what I am after – and driving along some back roads on a magnificent Tennessee spring day, I think I may have found it. I smelled the wonderful scent of freshly cut lawns gently draping an awakening earth. That’s what I want. A wholesome, orderly world that makes us feel young and unsullied about our surroundings.

With that in mind, I was casting about for some troops who would help me clean up some of the historical refuse. I chanced upon a website that impressed me for its candor and courage. It is the website of a cyber outfit called Veterans Today.

Now I am not a veteran, unless you count my cyber battles with the likes of B’nai Brith and their ilk – all of which, so far, I’ve won by giving it my all. How long I will last is written in the stars, but while I am still at it, I am cutting my lawn in broad daylight and enjoying the scent of the earth.

And thus it happened that I “met” the Senior Editor of Veterans Today, a fellow by the name of Gordon Duff. I started reading him and was duly impressed. But there was a small fly in the ointment, a shibboleth I didn’t like at all – and I said to myself: “Aha! Here is my chance!”

I don’t have the original email I sent, but I remember its essence. I complimented Gordon about his military savvy and personal integrity, but I finished what I had to say by adding: “… but you still kick my favorite dictator in the shin!”

To my quiet joy and happy satisfaction, Gordon didn’t shriek some salty names and back away from me as though he had encountered Lucifer instead of a Lady of Decorum. He did not send me to the darkest recesses of Hades. He wrote me back politely and asked me what I meant.

What did I really think about the Führer and his era?

I told him I looked upon the period of 1933-1945 the way I look upon, nostalgically, the brief years of my youth – a sweet, mysterious time, too brief, too fleeting, bewitching while it lasted and magical beyond all words – and never again to return. I lived through it as a small child. Why could I not, three generations later, describe exactly what I saw?

Thus came about a cautious cyber friendship that culminated in an invitation to write for Veterans Today.

So far, I have posted six essays within the last few weeks. They have been generally well received by a sophisticated readership, and one of those essays went viral. It’s title is “Germany: Still under the Control of Foreign Powers.” I don’t even consider it my best essay, but Rense and others picked it up, and as of this writing, it is Number 2 on the “Weekly Top Ten” on VT.

Please visit my own author’s page and take a look yourself:

And if the Spirit moves you, as I fervently hope it will, please link to Veterans Today at www.veteranstoday.com where I have now established squatters rights and have hoisted my revisionist tent.

Ingrid Rimland has worn many hats in her life. Her latest hobby is re-mastering historic Zundel tapes so as to bring them to new audiences. For a preview of her latest, “Off Your Knees, Germany!” please go to

For an order blank of additional revisionist DVDs – in English and German ! – please send your snail mail address to [email protected]